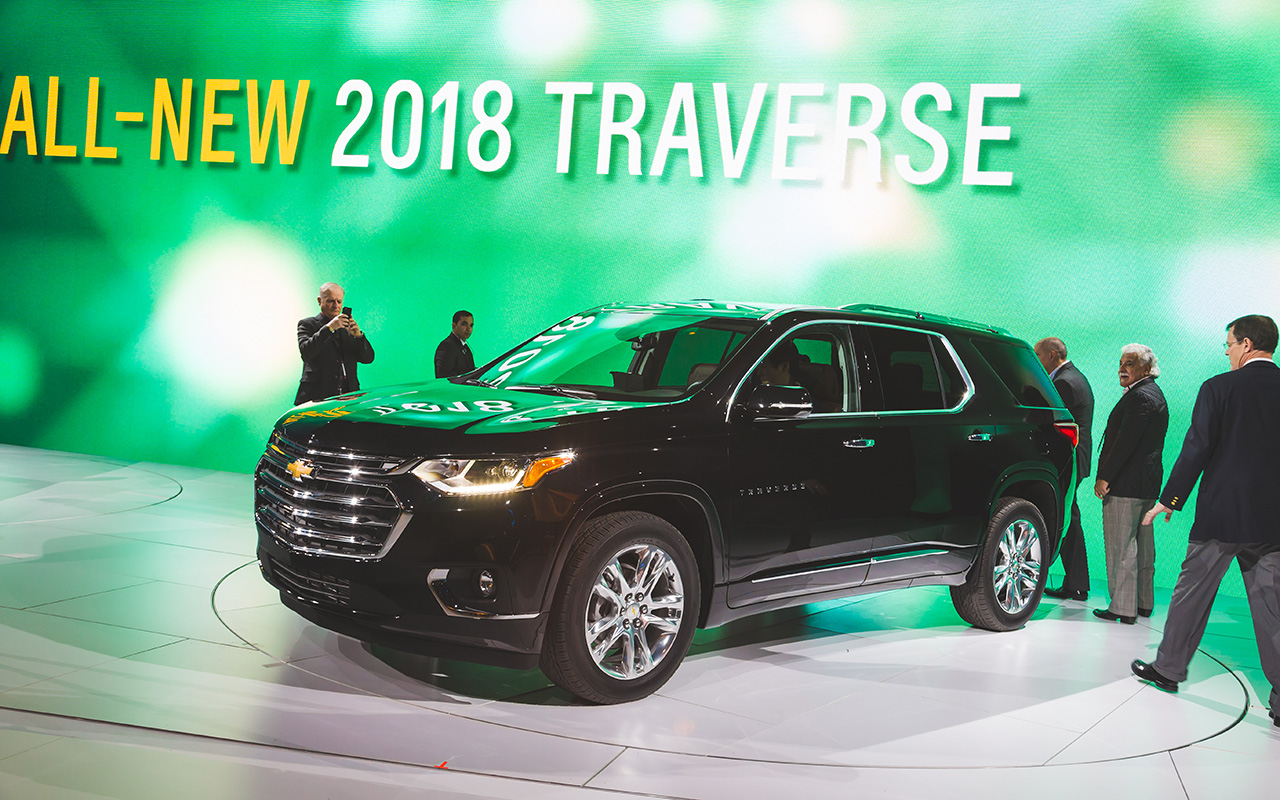 The 2018 Chevrolet Traverse gets unveiled at the 2017 North American International Auto Show continuing the theme of a value-oriented GMC Acadia.

The 2017 North American International Auto Show is in full swing and kicking off the show debuts is the all-new second-generation 2018 Chevrolet Traverse.

Like the Chevrolet Traverse before it, the new Traverse continues the recipe of being a more value-oriented GMC Acadia. And it even looks like a Chevy version of the Acadia…because that’s what it technically is.

So what’s new with the 2018 Chevrolet Traverse?

Because the 2018 Chevrolet Traverse is based on the latest GMC Acadia, its sheetmetal gets a complete overhaul. As a result, the shapes and profiles of both crossovers are very similar. Gone is the former model’s bulky and bubble-like shape, which made the last Traverse look like a minivan without the sliding doors. In its place is a boxier, more upright design.

But despite the complete redesign, the new Chevrolet Traverse manages to pretty much remain the same size.

With the new 2018 Chevrolet Traverse also comes a variety of new packages and appearance options. For instance, the new Traverse gains a “sporty” RS variant while a High Country model tops off the range as the fully-loaded luxury model.

The previous Chevrolet Traverse used Chevy’s latest 3.6L naturally-aspirated V6 with 281 horsepower  and 266 pound-feet of torque. It does carryover for the new model but with some extra oomph. Thanks to a list of revisions, the 3.6L V6 output jumps to 305hp with a slight reduction in torque at 260 lb-ft of twist. Both mills are mated to GM’s latest Hydra-Matic 9T50 nine-speed automatic with the choice of front-wheel or all-wheel drive.

Chevrolet didn’t announce when the 2018 Traverse hits showrooms. But due to its 2018 model year, it’s safe to speculate a launch sometime later this year along with pricing.