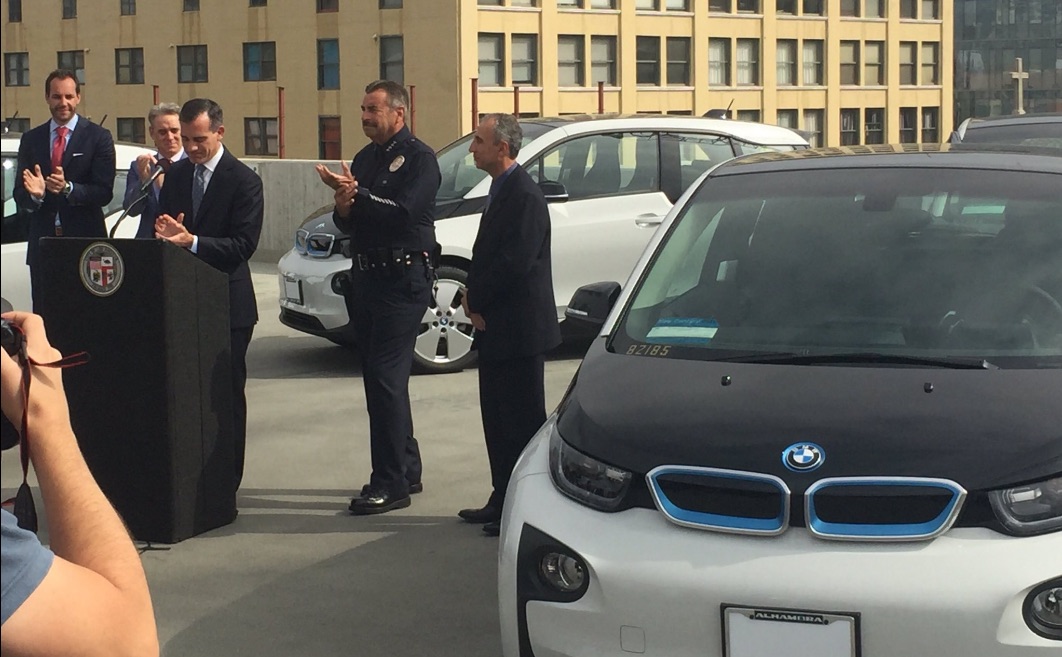 It really seems like BMW’s i program is losing steam after the company announced to be shifting its focus from EVs, hybrids, and sustainable motoring to autonomous driving tech. Now, perpetuating this presumption is the fact that BMW just gave a fleet of 100 i3s to the Los Angeles Police Department for use in non-emergency duties.

Previously, the LAPD was considering a fleet of Tesla Model S’s, but decided to go with BMW’s pod instead. Why, you might ask? Well, it probably had to do with price given that the i3 costs only $42,000 a pop, while the Tesla Model S costs twice as much. The fleet also includes the installation of 104 charge stations throughout the city, at various division locations.

The addition of 100 i3s adds to the LAPD’s already preexisting fleet of 68 other EVs, making it “the largest fully battery-powered municipal fleet” in the US.

The LAPD said they considered the Tesla Model S P85D, which has been discontinued. But the agency conceded that they weren’t ready to switch to an all-EV fleet to replace its gas-driven fleet of Crown Vics and other squad cars. This was due to cost and the limited availability of charging stations.

I mean, it makes sense. It wouldn’t really work if officers got caught up in a high-speed chase, which LA is notorious for, and then there wasn’t enough range or battery power to pursue the suspects.

Video: Catch a glimpse of the BMW i8 in the Mission Impossible Ghost Protocol trailer

June 29, 2011 Omar Rana Comments Off on Video: Catch a glimpse of the BMW i8 in the Mission Impossible Ghost Protocol trailer