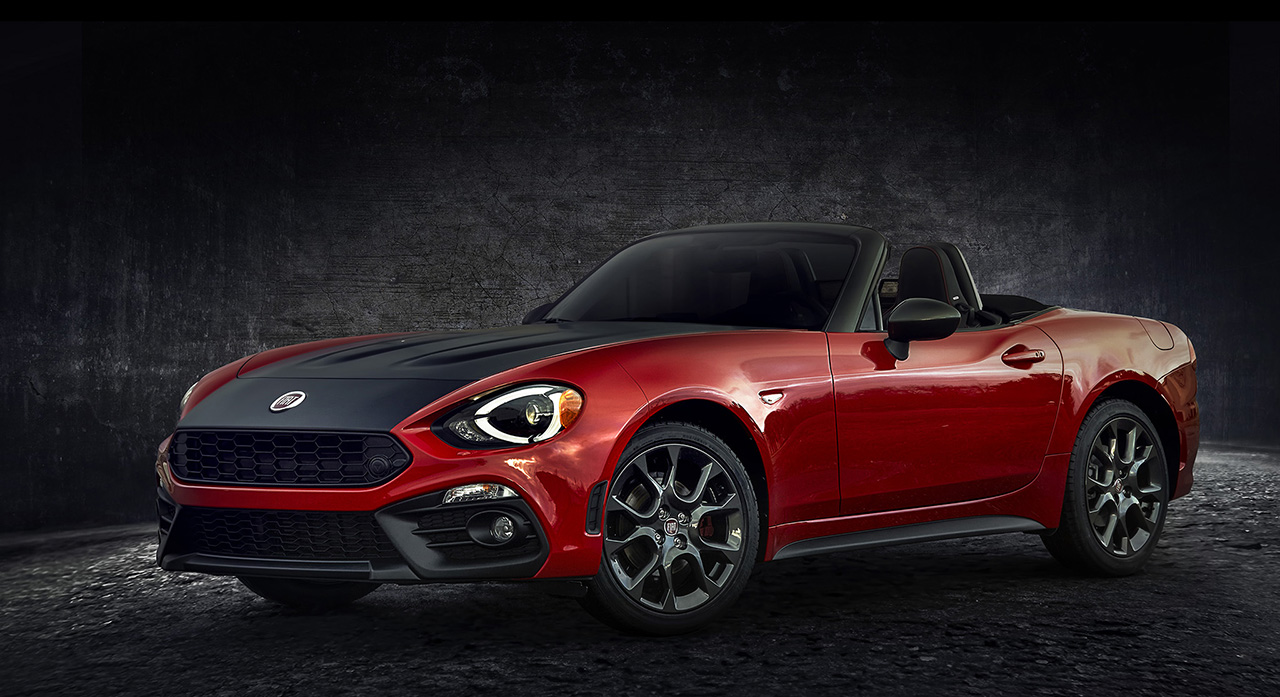 When Fiat introduced the Mazda MX-5 Miata-based 124 Spider at the 2015 Los Angeles International Auto Show, it received mixed reviews. Some said it didn’t look great, others thought it looked amazing. But nonetheless, everyone withheld their full doubts because Fiat then promised us to be introducing a sportier Abarth version.

That got everyone’s attention, and it’s finally here for the 2016 New York International Auto Show.

Meet the 2017 Fiat 124 Spider Elaborazione Abarth, which according to various sites on Google, literally means “elaboration” or “process,” as in data computing. Uhm, we’re going to go with the former on that one. So, it’s the 2017 Fiat 124 “elaboration” Abarth, which means….and I had to look it up on Google too, sadly, the state of elaborate, or just basically going the extra mile.

Whatever, ok, it’s a sportier looking 124 Spider and that’s all you need to know. So, let’s break it down.

To my surprise, there wasn’t any extra power to be had from the original 124 Spider’s 1.4L MultiAir turbocharged four-banger as it’s the same as the standard version with 160hp and 184 lb-ft of torque. There isn’t even an extra pony or two from any sweet exhaust system as found on the Abarth 500. So that’s a bit surprising, and a bit disappointing. Thankfully, a manual or automatic are offered.

So what has changed? The 124 Spider Elaborazione Abarth does come with sport suspension, a standard mechanical limited-slip differential, a driver-select system that adjusts certain parameters of a car with profiles, and a quad-tip exhaust kit that’s shiny.

Brembo clamps all around are standard as are standard Recaro seats. And of course, there’s a supplemental bodykit as well with 17-inch anthracite-colored wheels, some contrast-coloring accents and striping, and more.

Pricing will be announced closer to the launch of the Fiat 124 later this summer.