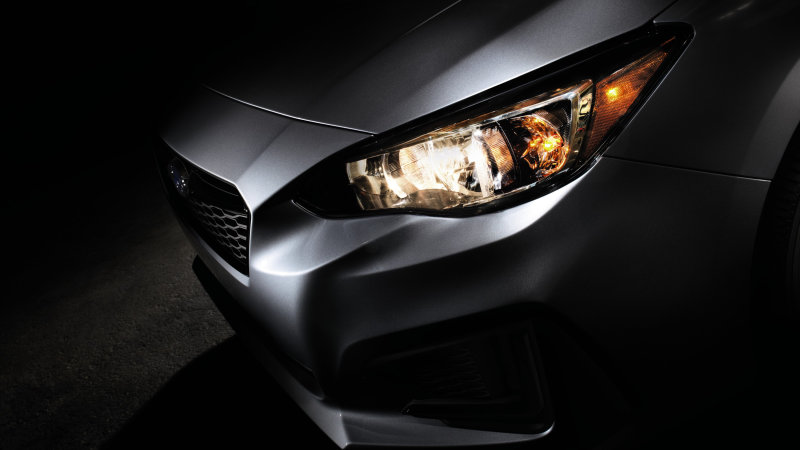 What you see above is the latest teaser for Subaru’s all-new Impreza for 2017, which will be revealed in full at the New York Auto Show on March 23. It’s not the 2016 Impreza, which is somewhat surprising because it looks a whole lot like the current model from this angle. Even more concerning, it isn’t anything like the hatchback or sedan we were promised last fall.

As always, we’ll be reporting live from the floor of the Javitz Center — so it’s wise not to pass judgment until Subaru’s shown off more than a headlight. But this could be at least the third time in recent memory the house of Pleiades has committed a bait-and-switch on the adoring public, and given us a production model with none of the forward-looking design or appeal of the concepts before it.

There was the WRX Concept of three years ago, a design study that captivated New York audiences when it was touted as a window into the way Subaru’s offerings would look in the future. Clad in electric blue — a WRX staple, of course — with fluorescent-yellow accents, sporting a four-door coupe-like roofline and LED accents front-to-back, it stole the show and energized a fanbase disillusioned with the frumpy looking Imprezas of the previous generation. The WRX we eventually got is by no means a bad looking car, but hardly as interesting. And the base Impreza still looks frumpy.

It happened again last year, again in the Big Apple, with the BRZ STI Performance Concept. Widened and lowered, given an aggressive bodykit, flared arches, a massive rear wing and the engine of a Super GT racing car, I awarded it biggest flop of the show precisely because chief of the STI division, Yoshio Hirakawa, flatly denied any intent to produce the car right in the briefing. Since then there have been varying reports of an STI-tuned version to debut within the next few years — but the BRZ as well as its Toyota-branded sibling have already been on the market for four years. Common sense suggests that if Subaru planned on pulling the trigger on a faster one, they probably would have done it by now. Oh, Hirakawa-san, you didn’t have to lie to us, but why must the truth hurt so bad?

That brings us to New York 2016, where cautious optimism and crippling cynicism have never run higher. I don’t know what Subaru has against the greatest city in the world™, but let’s hope there was a mixup of some sort, and this teaser was really for a new Legacy or XV Crosstrek. Or last year’s Impreza. Anything will do.

Beyond the image, there’s still much to learn about Subaru’s upcoming sedan and 5-door. The company has said it will utilize a new global platform that nearly doubles rigidity, with a lower center of gravity and a 40-percent increase in impact energy absorption. Improved handling, safety, and interior appointments can surely be expected — let’s hope they haven’t forgotten exterior styling, either.

The Impreza has been completely redesigned inside and out, from upgraded in-car technology and a more spacious interior to its sleek new body design. The updated model will include signature Subaru features such as Symmetrical All-Wheel Drive and award-winning safety technology.
Both the sedan and 5-door model will be unveiled at the press conference scheduled for 12:20 p.m. ET on March 23, 2016 at the Subaru display following a speech by Fuji Heavy Industries president & CEO, Yasuyuki Yoshinaga.

About Subaru of America, Inc.
Subaru of America, Inc. is a wholly owned subsidiary of Fuji Heavy Industries Ltd. of Japan. Headquartered at a zero-landfill office in Cherry Hill, N.J., the company markets and distributes Subaru vehicles, parts and accessories through a network of more than 620 retailers across the United States. All Subaru products are manufactured in zero-landfill production plants and Subaru of Indiana Automotive Inc. is the only U.S. automobile production plant to be designated a backyard wildlife habitat by the National Wildlife Federation. For additional information visit media.subaru.com. 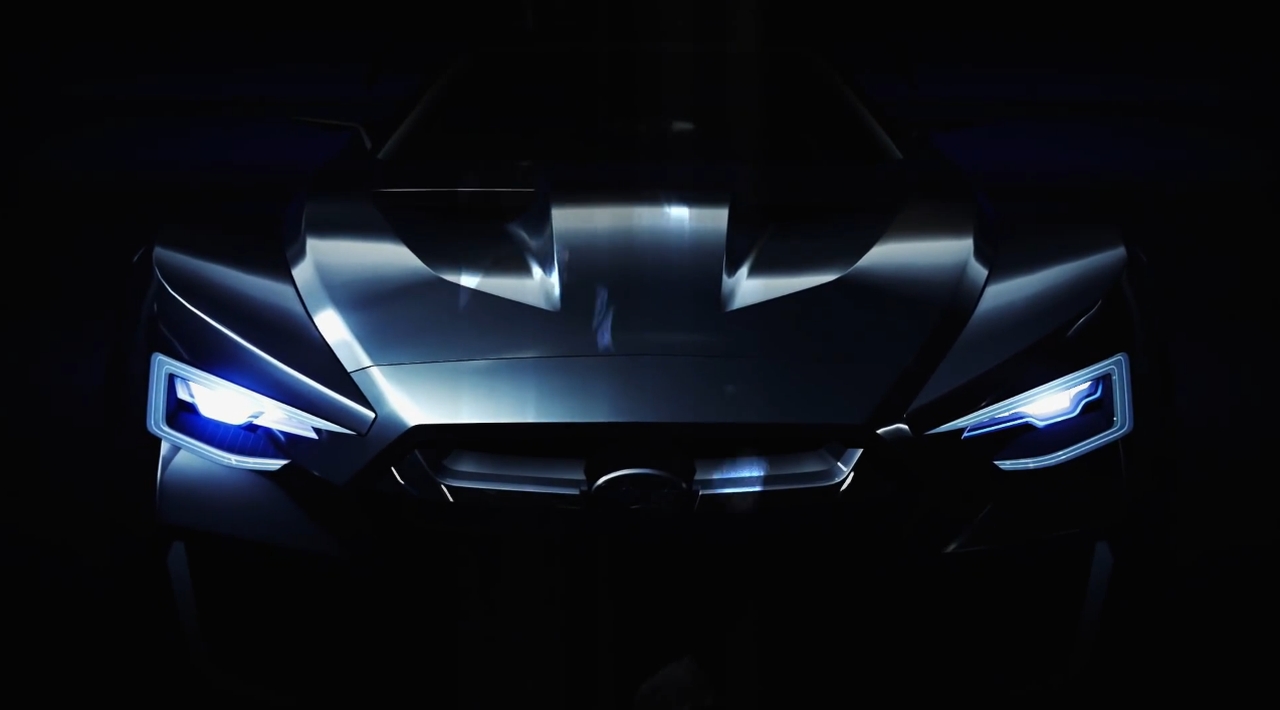 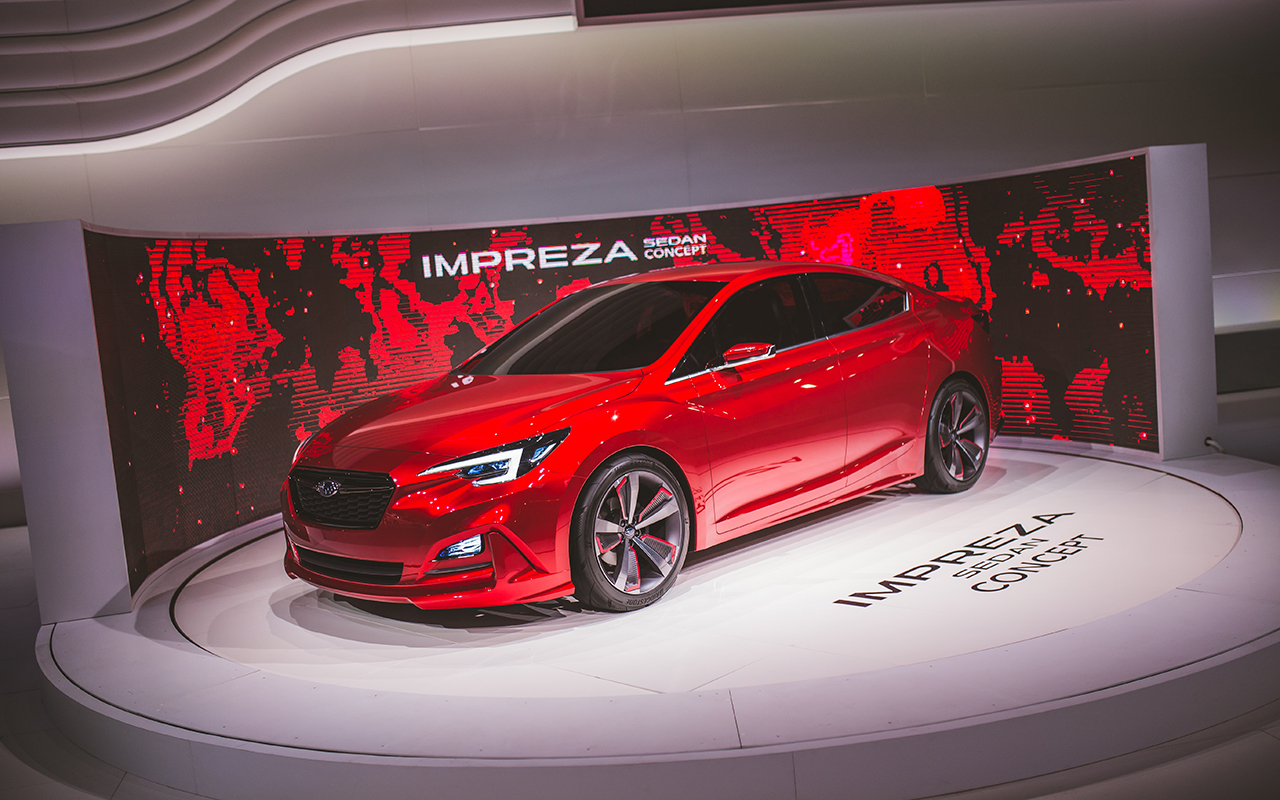