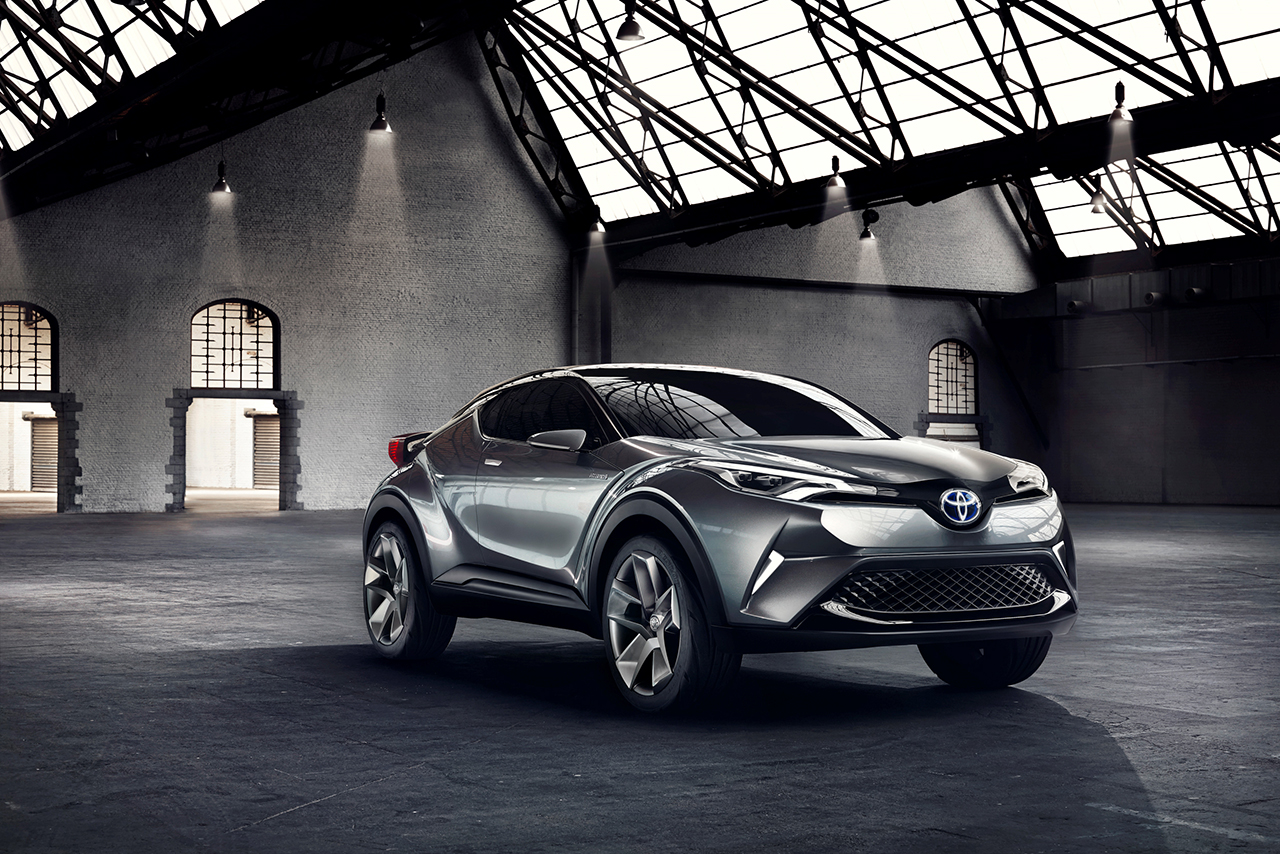 Toyota announced their plans for this year’s Tokyo Motor show, where they’ll reveal up to three new concept cars, in addition to the launch of the all-new Prius in JDM spec.

So far, we’re already familiar with the new S-FR, Toyota’s awesome-new subcompact rear-wheel drive sports coupe. The C-HR Concept originally debuted at the 2014 Paris Motor Show as a design study and was updated into a five-door version in September for this year’s past Frankfurt Motor Show, a subcompact crossover which suggests the Japanese auto giant could be prepping a new model to compete with the likes of the Nissan Juke and Honda HR-V.

The FCV Plus is another hydrogen fuel-cell concept from the company as they continue to expand their efforts, following the Toyota Mirai. Though unlike the Mirai, which is a sedan, the FCV Plus is an efficient city car for urban mobility.

And lastly, the Toyota Kikai is another compact urban mobility concept with an exposed chassis and passenger cell, serving as a unique representation of the modern combination between mechanical workings and digital functionality.

As a surprise as well, totally not car related, they’re bringing a cute robot known as the Kirobo Mini to Tokyo to showcase Toyota’s efforts with intelligent robotics, as a companion for those on the road.

Tokyo, Japan, October 8, 2015―Toyota will present its vision for the future of mobility at this year’s Tokyo Motor Show, where three very different new concept cars will be revealed. While some of the vehicles slated to go on display represent the development and commercialization of groundbreaking new technologies, others seek to explore and strengthen the emotional bond between car and driver.

Toyota’s commitment to advanced powertrain technology will be represented by three models: the all-new Prius, the Toyota C-HR Concept, a compact hybrid crossover, and the Toyota FCV Plus, a fuel cell concept that embodies Toyota’s vision of a hydrogen-based society.

While the above vehicles represent the ever-changing nature of mobility, Toyota will also show two concepts created to reaffirm the fundamental relationship between car and driver: the Toyota S-FR, a fun-to-drive entry-level lightweight sports car, and the Toyota KIKAI, a design concept that reminds us of the innate beauty of machinery.

Also on display will be a test vehicle currently under development with a view to participation in the FIA World Rally Championship, and a Land Cruiser (Australian specifications) used in the Toyota Discovery Tour, an employee driving project launched in June 2015. Toyota will also introduce Kirobo Mini, a robotic communication partner always at the customer’s side.

Since its launch as the world’s first mass-produced hybrid passenger vehicle in 1997, the outstanding environmental performance and advanced features of the Prius have set the stage for the growth of hybrid vehicles worldwide. Based on the pursuit of evolution truly worthy of the pioneering Prius brand, the fourth-generation model is our first global vehicle to use the Toyota New Global Architecture (TNGA), an innovative, integrated development program for powertrain components and vehicle platforms.

The new model inherits the nameplate’s signature triangular silhouette which, combined with a low center of gravity, results in an impressively angular yet emotional design. Flowing curves blend with aggressive cut edges that spark interest from any angle. The top of the roof has been lowered by 20 mm and moved forwards, while the engine hood has also been lowered to create a stylish outline. All improvements have been achieved with no sacrifice to interior space.

Evolutionary advances to the hybrid system

As a result, the Prius has achieved over 40 percent thermal efficiency and a huge boost in fuel economy.

Fun to drive thanks to TNGA

The new Prius has received an entirely new Toyota platform. This has resulted in improved handling, safety and heightened driving enjoyment. The model features a chassis that is 60 percent more rigid, while the powertrain unit’s lower placement and low center of gravity has increased the vehicle’s stability and comfort.

Launch in Japanese market planned for end of 2015

The new Prius will go on sale in Japan at the end of 2015, and is subsequently scheduled for successive launches around the world.

Embodying a new direction in Toyota design, this vehicle achieves a strong individuality that will get it noticed in the compact crossover market. Combining outstanding environmental performance with a brisk driving style in a compact body size, this is a boldly inventive compact concept crossover vehicle.

The concept is visually distinctive, thanks to its expressive diamond-inspired styling, packed full of eye-catching details that have been sculpted and chamfered to represent the facetted surfaces of a precision-cut gemstone. The vehicle builds on two key elements of Toyota’s design language―Keen Look and Under Priority―to create a bold, emphatic front profile that emphasizes the lower grille as well as increasing aerodynamic performance, cooling, and pedestrian safety.

Like the new Prius, Toyota C-HR Concept makes use of TNGA, resulting in a highly rigid body. As a result of efforts to improve the already outstanding handling stability and ride comfort, the vehicle responds to driver handling with a directness that gives the driving experience an intuitive feel.

Toyota aims to give the concept an engine with thermal efficiency of over 40 percent, as well as further improving fuel efficiency by making the hybrid system―including the motor and battery―smaller and more lightweight.

The Toyota concept made its first appearance at the 2014 Paris Motor Show as a design study, following which an updated five-door model went on display at the 2015 IAA Frankfurt Motor Show. Toyota hopes to show a production-ready model at the Geneva International Motor Show in March 2016.

Fun to Drive
Benefiting from the unique advantages of a lightweight sports car, the concept offers smooth, responsive and direct handling that gives a real sense of communication between car and driver―one key benefit of the FR (front engine/rear drive) format.

Compressed hydrogen has a higher energy density than electricity, can be generated from a wide range of raw materials, and is easy to store, making it a promising future energy source. That’s why Toyota envisages a sustainable society in which hydrogen energy is in widespread use―a society embodied by this concept vehicle.

Clean generation of hydrogen from a wide range of primary energy sources will make local, self-sufficient power generation a global reality, and fuel cell vehicles will take on a new role as power sources within their communities. Toyota’s aim is to add an all-new sense of purpose to the automobile by turning fuel cell vehicles from eco-cars into energy-cars.

Generating electricity
In addition to the vehicle’s own hydrogen tank, the car can also generate electricity directly from hydrogen stored outside the vehicle. The vehicle can thus be transformed into a stable source of electric power for use at home or away.

Sharing generated power with others
When the car is not being used as a means of transport, it shares its power generation capabilities with communities as part of the local infrastructure.

Supporting future generations
The car’s fuel cell stack can be reused as an electricity generating device, transcending the traditional functions of cars. Put to versatile uses around the world, these stacks could contribute significantly to local communities.

As the products of human creativity, dedication, and knowledge, machines should be objects of admiration. The concept was designed to explore and emphasize the fundamental appeal of machines: their fine craftsmanship, their beauty, simplicity, and their fascinating motion. As a true concept car, the Toyota KIKAI’s appeal is simultaneously free from and reliant on the core concepts of automobiles.

Innovative form
This concept takes the machinery, normally hidden beneath the vehicle body, and makes an open display of its beauty. Directly expressed in this way, the vehicle’s inner workings become part of the exterior. In addition to the carefully designed form, continued into details including the fuel tank, reserve tank, and exhaust pipes, the analog-style meters and switches offer an engaging dialog with the machinery.

New driving sensation
The small window at the driver’s feet is another distinctive aspect of this car’s structure, communicating the movements of the tires and suspension and the rush of speed along the road surface. Through the windshield, the movements of the upper control arm are also visible. This provides a novel driving sensation in which the machinery that supports the operations of cruising, turning, and stopping in ordinary everyday driving can be directly perceived with the senses.

Stimulating layout
The adoption of a central driver seat, which places the driver at the heart of the car, gives a more instinctive sensory connection with the vehicle. The optimal spacing between the three passenger seats achieved by their triangular layout creates a congenial in-cabin communication space. The expansive side window that reaches up to the roof delivers full enjoyment in urban and natural landscapes alike.

While most vehicles conceal their inner workings beneath smooth sheet metal, this concept encourages us to appreciate the complex beauty of the mechanical aspects of cars. More broadly, it reminds us of the appeal of the physical and tactile in a digital age.

Toyota presents a new compact-sized communication partner with the same heart that won the robot astronaut Kirobo* legions of fans. While its form may differ from that of the ultimate companion (the automobile), Kirobo Mini was created to be able to accompany its owners everywhere and communicate with them in a meaningful way.

Our aim is for Kirobo Mini to communicate with people through expressions and gestures, bringing smiles to their faces through daily exchanges that chart the course of an evolving relationship. 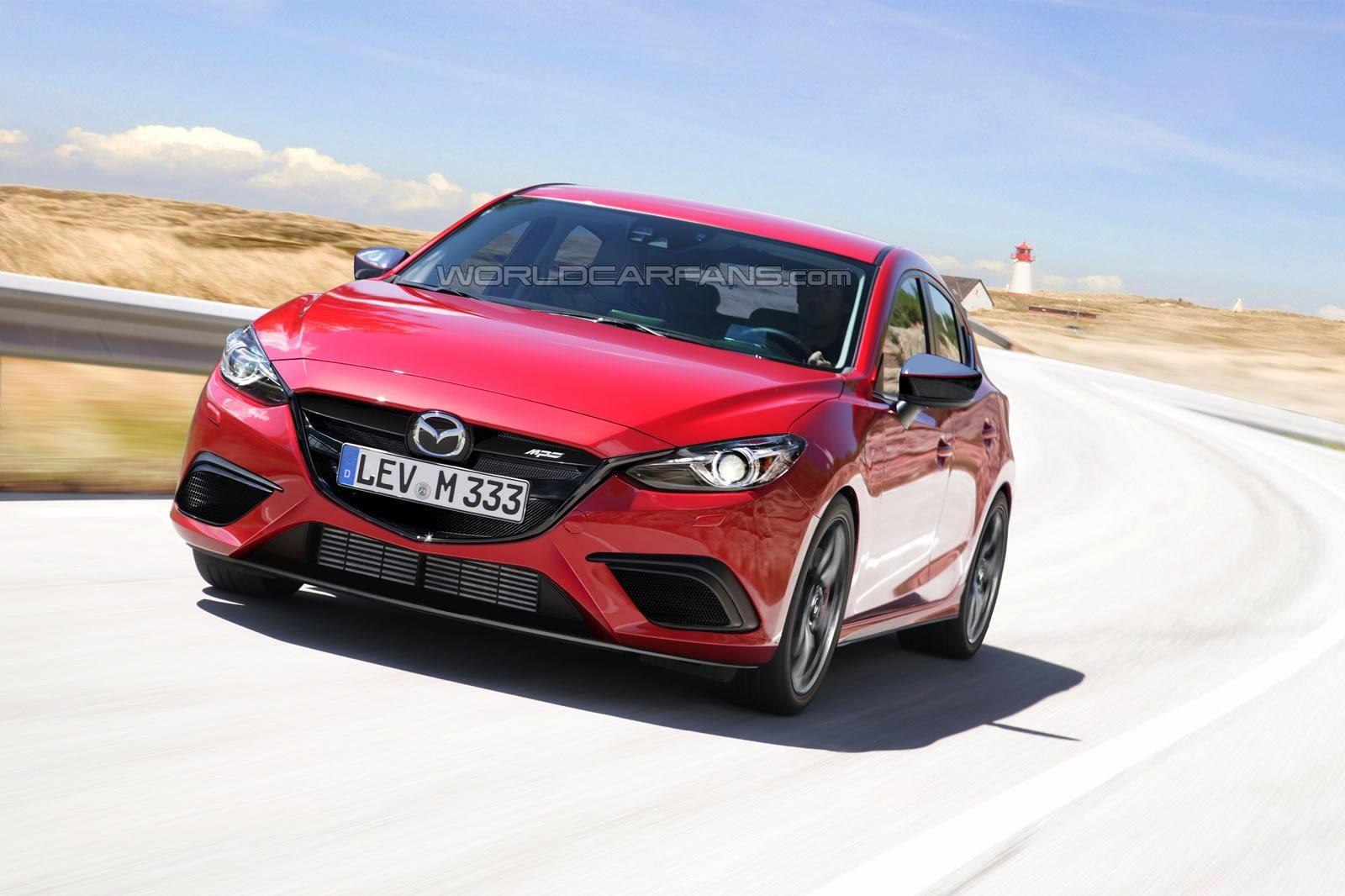 Photo Rendering: WCF’s team gives us what they think will be the next MazdaSpeed3

March 9, 2015 Chris Chin Comments Off on Photo Rendering: WCF’s team gives us what they think will be the next MazdaSpeed3 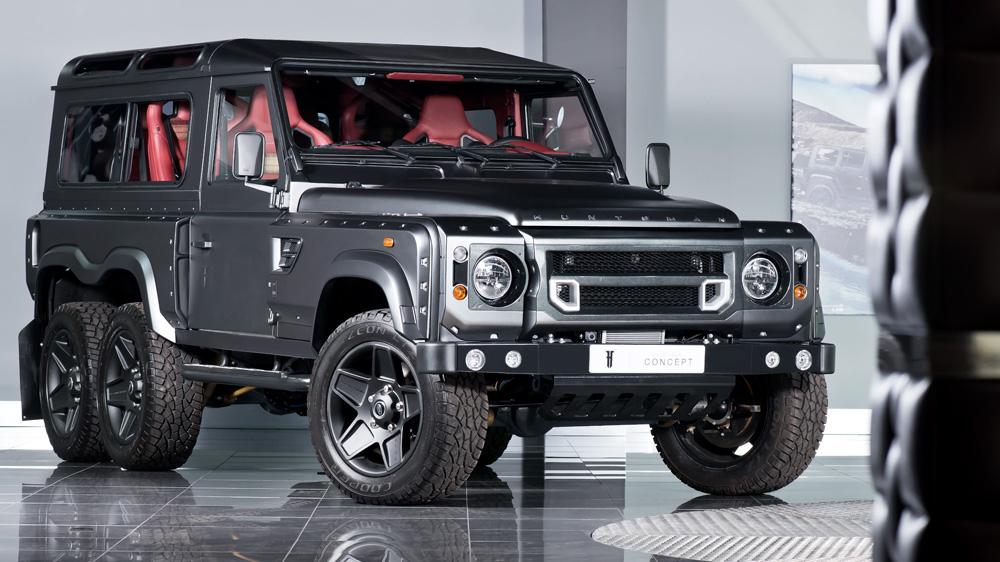 Report: Tuning firm Kahn attempts to one up the Mercedes-AMG G63 AMG 6×6

August 12, 2015 Chris Chin Comments Off on Report: Tuning firm Kahn attempts to one up the Mercedes-AMG G63 AMG 6×6 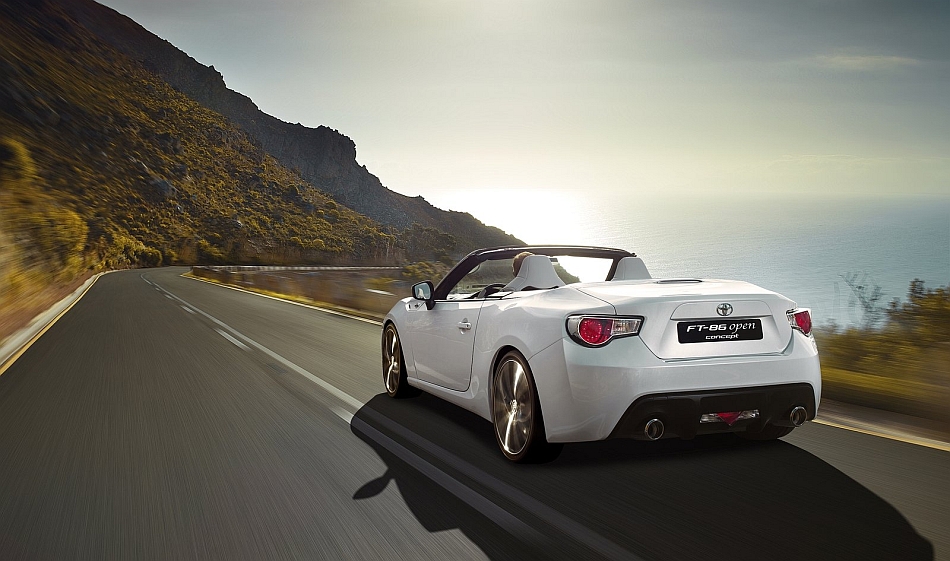