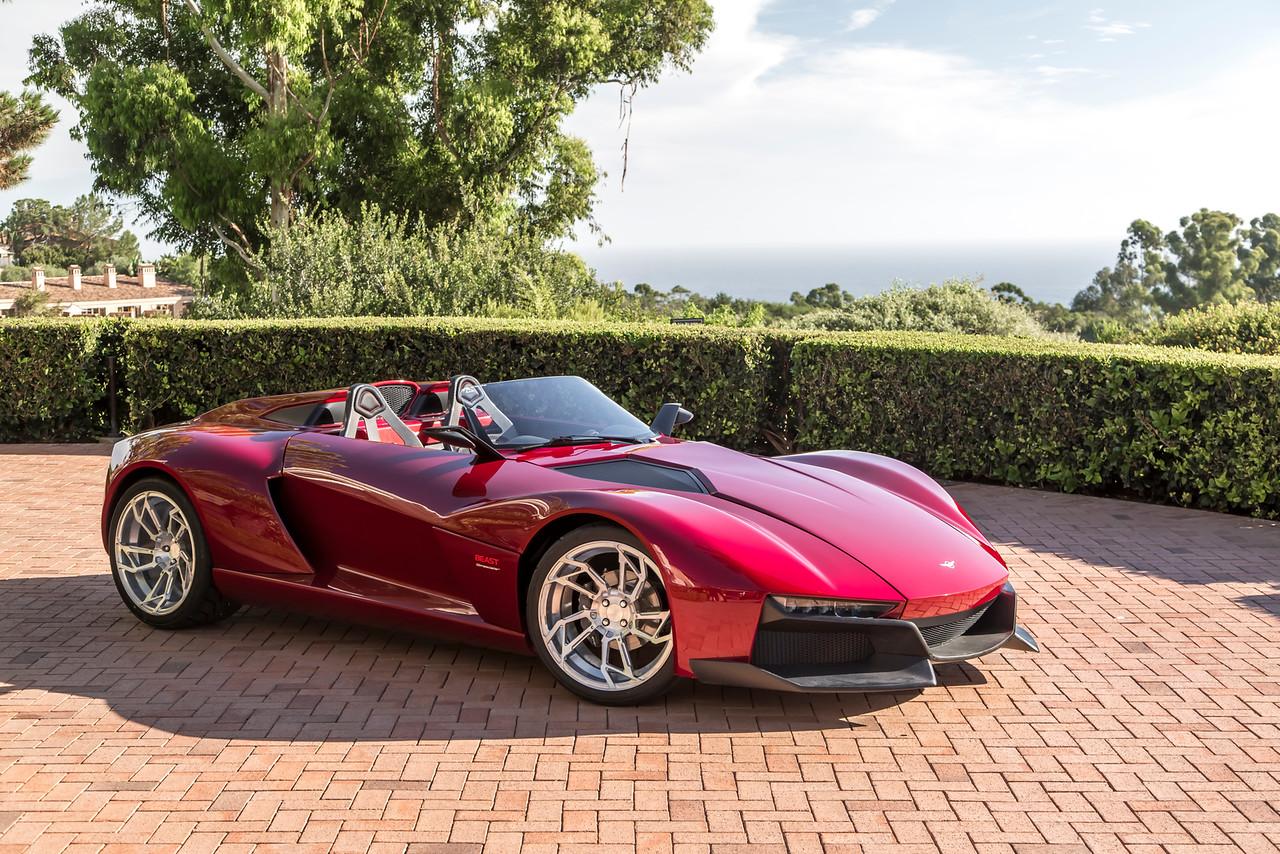 A new small company surfaced by the name of Rezvani, and they just revealed their first car ever called the Beast Speedster, and it looks to be quite the beast.

Strictly an open-top experience, the new Rezvani Beast is somewhat like a more car-like Ariel Atom, with a fully body, but no roof to fit over the passenger compartment in the inclement of weather.

But that’s ok since the Rezvani Beast is supposedly a serious performer on paper, with a supercharged 2.4L engine from somewhere with a power figure in the neighborhood of 300hp. The result is a 0-60 time of just 3.5 seconds.

It may not be as minimalist and strict as the Ariel Atom, given its full body, but the interior trimmings suggest that with a minimal appearance, not much luxury to engulf the occupants in, lots of carbon fiber items such as the steering wheel, shift knob, and the seats.

It’s priced at $139,000, meaning it’ll be sold in America while it’s expected to gain an additional follow-up variant later sometime this year.

Next Camaro, CTS to join Cadillac ATS on Alpha platform, CTS coupe and wagon to be discontinued