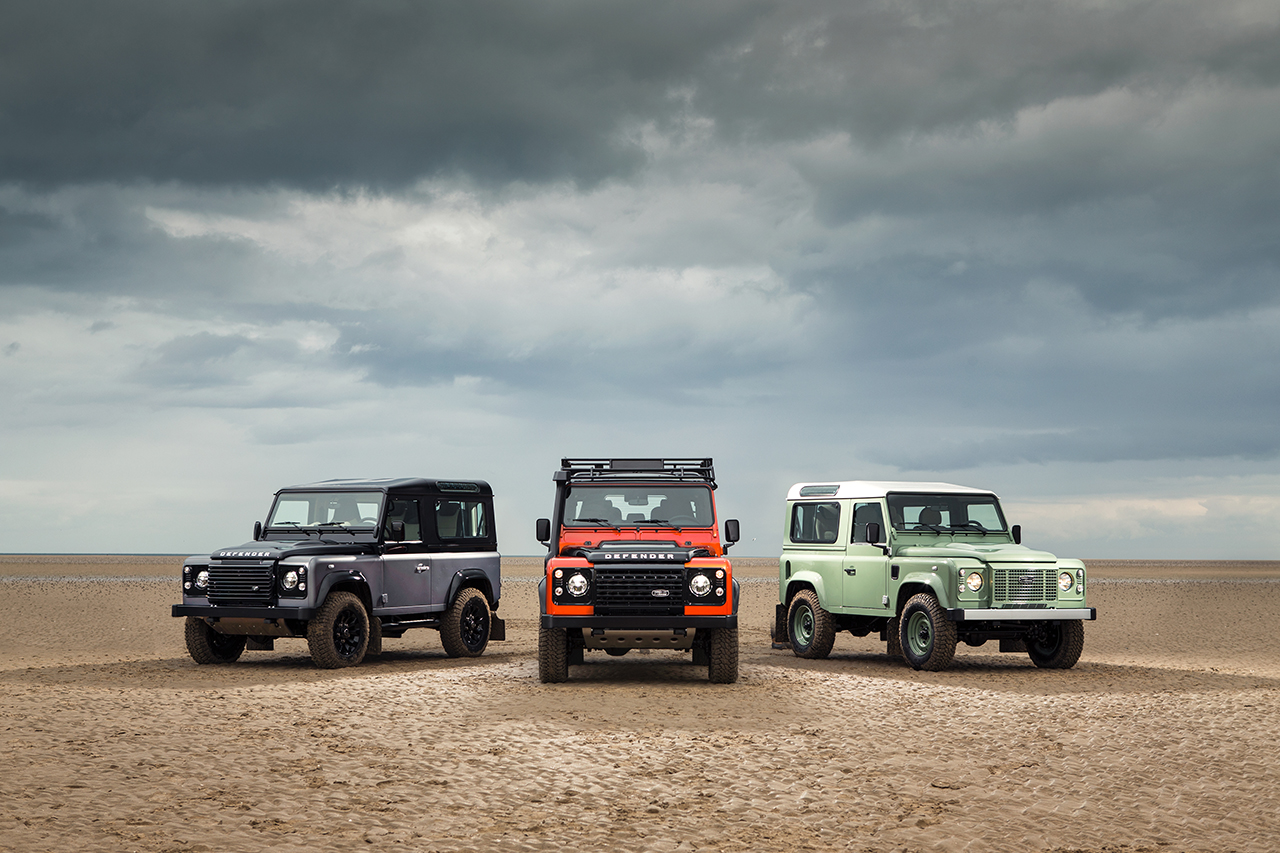 It’s with a sad heart and consideration for the inevitable that the beloved and legendary Land Rover Defender lineup is going to end in its current form. And to make sure the Defender goes off with a bang, Land Rover revealed a new line of special edition models.

The Heritage Edition gets a classic Grasmere Green paint job, paying homage to the earlier Land Rover models, along with some other design cues such as a grille designed similarly to the first pre-production Land Rovers, also known as the “Huey.” About 400 of those will be made in both 90 and 110 bodies.

The Adventure Edition gets replicated 600 times with exterior modifications geared towards all-terrain ruggedness. This includes the added underbody protection plates to keep the vitals away from sharp and pointy objects. This version is also available in both 90 and 110 forms.

And lastly, the Autobiography, like some of its other model siblings have, is a more luxurious version of the Defender for the urban cruisers. It gets decked with a unique two-tone paint scheme along with an interior lined compeltely with Windsor leather. This one however is limited to only 80 units in the 90-inch wheelbase form.

All versions get power from from a turbodiesel four producing 150hp and 295lb-ft of twist, which is a bump from the standard model’s 122hp and 265lb-ft.

But the best thing of all, they drew a Defender into the beach of the Red Wharf Bay to pay a tribute to all the models that not only influenced the Defender to become what it is today, but was also the bloodline for the famous British off-roader brand as a whole.

Land Rover has gone back to the place where it all began to start a year-long celebration of the iconic Defender. A unique 1km sand drawing at Red Wharf Bay in Anglesey, UK, marks the launch of three exclusive limited edition models and the beginning of an exciting new chapter in the Defender story.

As UK production of the current Defender enters its final phase, Land Rover will use 2015 to celebrate its global automotive icon.

Land Rover Vehicle Line Director Nick Rogers explains the significance of recreating one of the world’s most iconic vehicles: “Passion and enthusiasm surround everything we do with Defender, and that will never change. With a history stretching back 68 years, this is a Land Rover that has thrived for decades on its unquestionable capability and iconic shape. I now have the honour of being one of the many enthusiasts at Land Rover committed to creating a fitting successor to the legendary Defender.”

To mark the announcement Land Rover has created the largest sand drawing ever produced in the UK. A Defender outline measuring a staggering 1km across was drawn on the beach at Red Wharf Bay in Anglesey using a fleet of six Land Rovers. The unique image is a tribute to the moment in 1947 when the engineering director of Rover, Maurice Wilks, first sketched the shape for the original Land Rover in the sand of Red Wharf Bay and proposed the idea to his brother Spencer, Rover’s managing director.

“My father met his brother on the beach at Red Wharf Bay and made a drawing in the sand of how he thought the Land Rover could be made,” said Stephen Wilks, son of Maurice. “That was the start of it all, the conception of Land Rover.”

The Wilks family owned land on the Welsh island and Maurice wanted a versatile vehicle that could double as a light tractor and off-roader. His forward-thinking design was christened the ‘Land Rover’, the outline of which we now recognise as the Defender.

Creating the giant piece of temporary artwork at Red Wharf Bay required a fleet of six Land Rovers, each towing an agricultural 12-foot harrow to draw the unmistakable outline of the Defender in the sand. The vehicles chosen for the race against the Anglesey tides chart the evolution of the Defender from its introduction in 1948 to the present day.

A Land Rover Series I, II and III were joined on the beach by a Ninety from the Eighties, a Defender 90 Hard Top and a Defender 110 Station Wagon. The immaculate Series II once belonged to the Wilks family and in memory of the moment originally enacted by their fathers, cousins Stephen and Nick Wilks, the sons of Maurice and Spencer Wilks respectively, were on hand to take part. They helped to draw the continuous 4.52km line – the length of 1,118 Defender 90 Station Wagons – into the sand with just minutes to spare before it was erased by the incoming tide.

The event witnessed the debut of the Defender Celebration Series; three exciting new limited edition models which each celebrate a different element of Defender’s unique history. The Heritage, Adventure and Autobiography Editions are all powered by Land Rover’s proven 2.2-litre diesel engine and are available to order now.

Land Rover is also investigating the possibility of maintaining production of the current Defender at an overseas production facility, after the close of UK manufacturing. Any continuation would see low volume production maintained for selected fleets and special vehicle applications for sale outside the EU.

“We wanted to mark the end of Defender production at Solihull with a special edition but coming up with a single identity was impossible, so we developed three very different interpretations of the Defender to reflect its strength and breadth of character,” said Nick Rogers. “Whether our customers want to celebrate Land Rover’s unrivalled off-road heritage, demand the ultimate in terms of design and performance or have a genuine thirst for adventure, there will be a limited edition Defender that will be fit for purpose.”

The exclusive Autobiography Edition promises more performance, luxury and comfort than ever before thanks to its comprehensive equipment list, unique duo-tone paintwork, full Windsor leather upholstery and a power upgrade from 122PS to 150PS. Available in the UK and Europe from April, the Autobiography Edition will be produced exclusively as a 90 Station Wagon and priced from £61,500 (€64,000)*.

The Heritage Edition is inspired by early Land Rover models and mixes nostalgic design cues with modern creature comforts. It will be available in global markets and is identified by distinctive Grasmere Green paintwork and a contrasting white roof. A heritage grille and HUE 166 graphics, recalling the registration plate of the first ever pre-production Land Rover nicknamed ‘Huey’, also identify the Heritage model. It hits showrooms from August priced from £30,900 (€39,900)*.

The exclusive Autobiography Edition provides more comfort, equipment and performance than any previous model. Its unique combination of interior and exterior features and special paint palette guarantee to make the Autobiography the most desirable Defender ever produced.  The Autobiography will be available exclusively in the iconic 90 Station Wagon bodystyle.

A power upgrade from 122PS to 150PS guarantees performance will live up to the promise of its eye-catching looks and exclusive appearance.  Striking duo-tone paintwork is the most obvious of the Autobiography’s unique features, but the most desirable Defender ever built includes a host of tasteful additions.

Externally, the finishing touch comes in the shape of aluminium heritage style badging to the front grille and rear bodywork, which is inspired by the designs fitted to the Series I and II models. Evocative HUE 166 graphics also adorn the front wing panels.

While the exterior pays homage to the earliest Land Rovers, the Heritage Edition features a host of modern creature comforts and luxurious finishes inside. They include perforated leather outer steering wheel rim and gear lever, Bright Aluminium trim for the air vents, door handles and door locks, and Almond Resolve Cloth seat facings bearing the heritage logo and detailed with HUE 166 tags.

Durable rubber floor mats and a padded cubby box between the front seats ensure the Heritage Edition is as functional as it is distinctive.

Heritage Edition models will be available in both 90 and 110 bodystyles.

The Defender has helped to establish Land Rover’s credentials as the expedition vehicle of choice and the Adventure Edition is designed for customers who want to explore.

To enhance the Defender’s already impressive off-road credentials, the Adventure Edition features distinctive new underbody protection for the side sills and engine sump, while Goodyear MT/R tyres promise to make the most of whatever grip is on offer.

The Adventure Edition comes in choice of three striking metallic colour options, which include Corris Grey, Yulong White and Phoenix Orange. All feature contrasting Santorini Black paint for the Adventure grille and its surround, the bonnet, roof and rear door, plus the headlamp surrounds and wheel arches.

The focus is firmly on comfort inside, where the Adventure Edition promises to provide high quality shelter from the elements. Premium seats with Windsor Leather upholstery available in four different colourways, perforated leather inserts and contrast stitching all add a touch of luxury. They are complemented by the leather-trimmed steering wheel, gear knob and handbrake lever and Bright Aluminium interior trim.

Since 1948 Land Rover has been manufacturing authentic 4x4s that represent true ‘breadth of capability’ across the model range. Defender, Freelander, Discovery, Range Rover Sport, Range Rover and Range Rover Evoque each define the world’s 4×4 sectors, with 80% of this model range exported to over 170 countries.

From our earliest days, the desire to create a vehicle that will tackle any terrain has made Land Rover famous around the world. Over the past 67 years, the Land Rover family has grown into the highly respected range of vehicles that are sold in record numbers today and the Defender can trace its roots back to the very first models to roll off the Solihull production line at Lode Lane in Birmingham.

1983    Land Rover goes coil sprung with introduction of One Ten

SAND IN YOUR EYE

Sand In Your Eye specialises in making unique drawings and sculptures using sand and ice. From carving the famous Ice Hotel in Finland to etching giant Land Rovers at Red Wharf Bay, Jamie Wardley and his team travel the world creating amazing artwork using sand and water. The artists from Sand In Your Eye carefully plotted the outline of the Defender with the aid of GPS technology before the Land Rovers were deployed to draw the shape using the harrows. 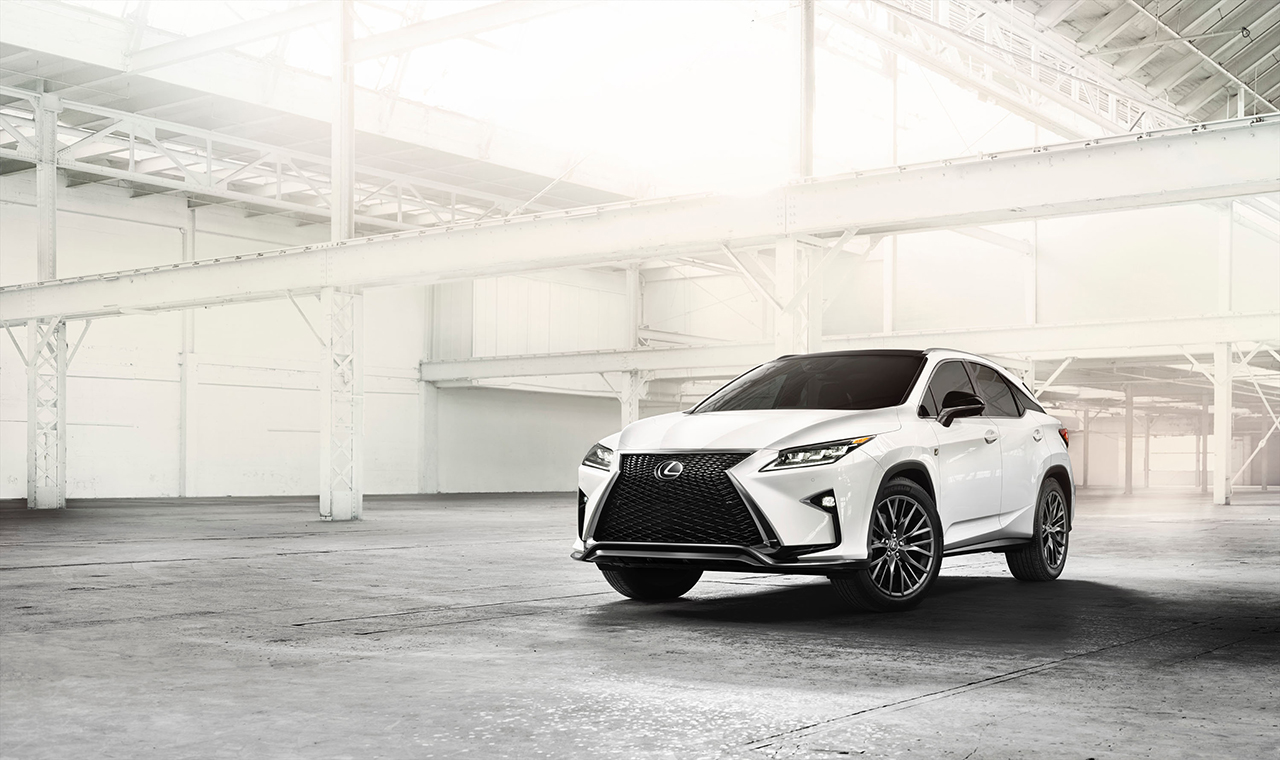 Report: Lexus wants to build another flagship, could be a new SUV

August 6, 2015 Chris Chin Comments Off on Report: Lexus wants to build another flagship, could be a new SUV 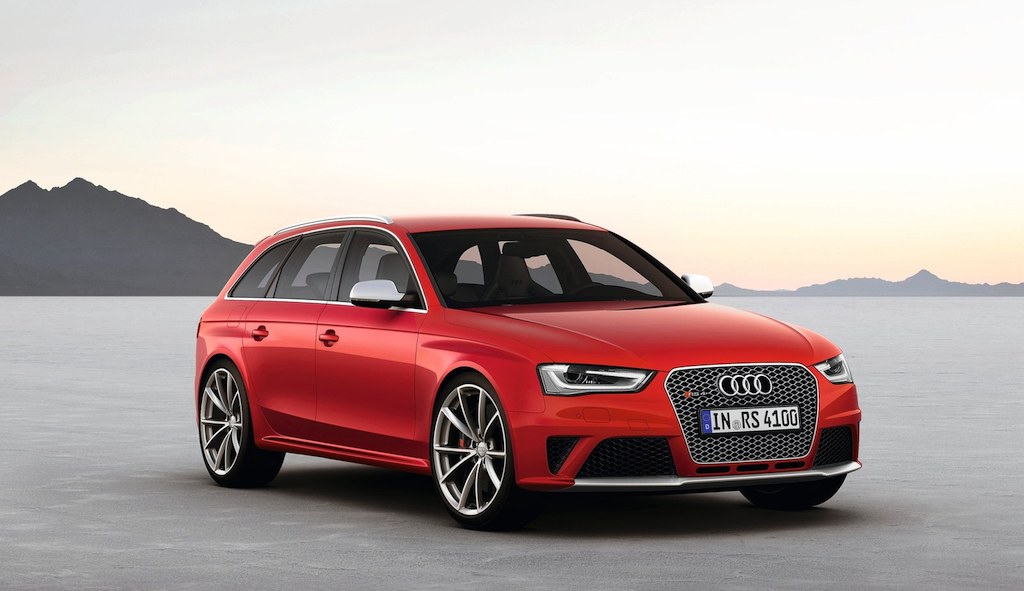 Report: The Audi RS4 to come in two flavors, sedan and Avant, with new e-turbo V6

July 24, 2015 Chris Chin Comments Off on Report: The Audi RS4 to come in two flavors, sedan and Avant, with new e-turbo V6