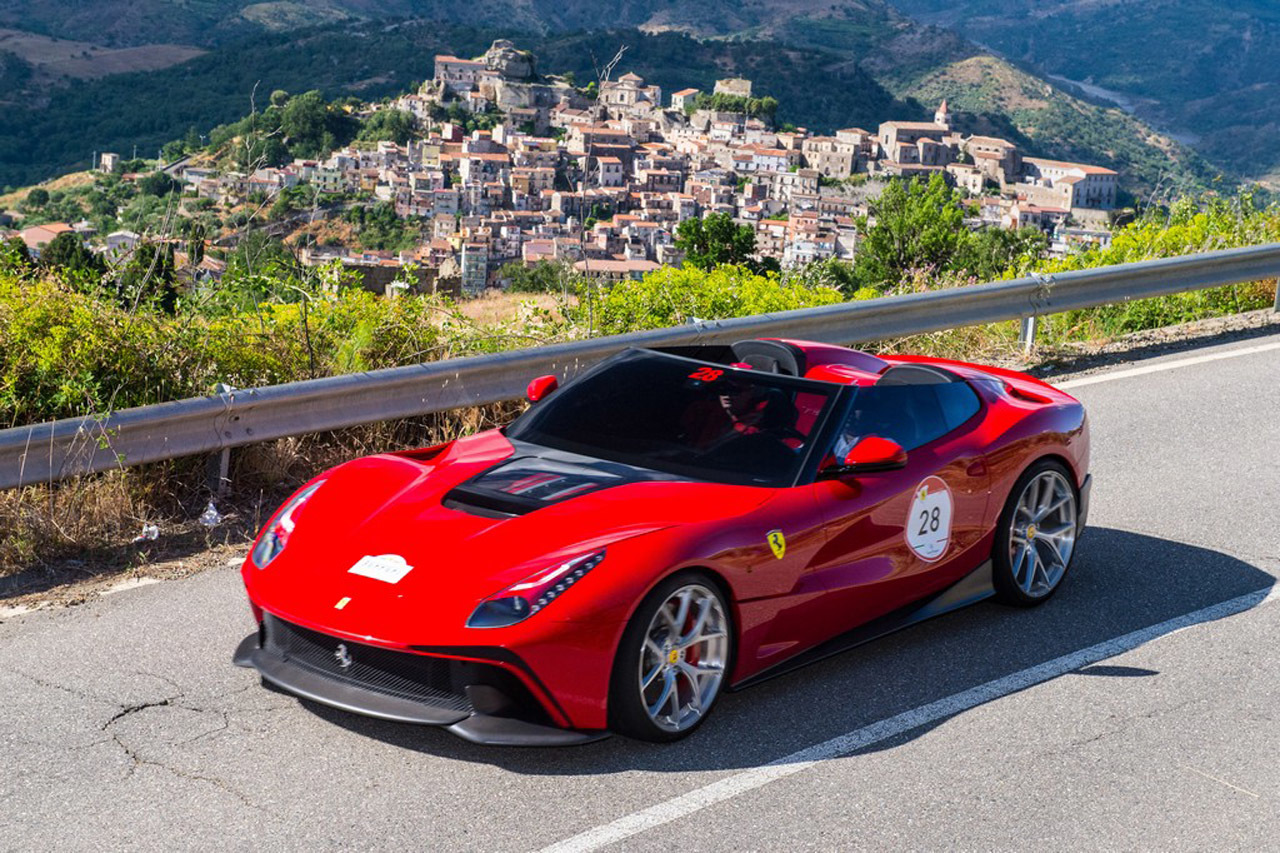 Ferrari revealed a unique one-off version of the F12 Berlinetta called the F12 TRS, which was revealed after being teased not too long ago.

The revealing took place at this year’s Ferrari Cavalcade–its an annual event where many owners of Ferraris come together to show off their beauts. This year, it ended in Sicily and that’s where Italy’s Prancing Horse decided to showoff its new model.

It was built by Ferrari Special Projects division for one affluent customer and features many design cues and inspirations  lifted from the 250 Testa Rossa. The cockpit is open with no roof and comes with lots of high-end leather, Alcantara, and carbon fiber. Deleted options include the glovebox, air vents, carpeting, the audio system, and other convenience add-ons.

A new one-off debuts in the Ferrari Cavalcade 2014

Maranello, 22nd June 2012 – One of the 90 cars taking part in the third edition of the Ferrari Cavalcade was the F12 TRS, a one-off custom design making its public debut on Sicilian soil.

Based on the F12berlinetta, the car was developed at a client’s request as an extreme, two-seater, open-top sports barchetta. One of the initial inspirations for the project was the 1957 250 Testa Rossa. In fact, the F12 TRS is Flavio Manzoni and the Ferrari Style Centre team’s modern, innovative take on that legendary car’s spirit and pays homage to it in its moniker.

Like all one-off Ferraris, the F12 TRS is the product of Ferrari’s now-classic approach of creating a truly integrated design. It thus has the same exceptional performance figures as the F12berlinetta including 0-100 km/h acceleration in 3.1 s and 0-200 km/h acceleration in 8.1 s, thanks to the massive 740 cv and maximum torque of 690 Nm at 9,000 rpm unleashed by its 6262 cm3 V12 engine.

From the leading edge of the typically sharp Ferrari nose, aggressively sculpted forms flow back over the bonnet, while a low, wraparound windscreen forms a long dark band of glass in contrast to the car’s body. The V12 engine’s signature red cylinder heads are visible through a window in the engine lid, a concept inspired as much by the front-engined Ferrari sports cars of the 1950s as our more recent mid-engined berlinettas. The aerobridge, introduced on the F12berlinetta, has been given a new treatment in this car, resulting in a sculptural design that runs back from the flanks along the entire length of the car.

The design of the rear marks an evolution of the T-shaped graphic that characterises the F12’s truncated tail and is influenced to some extent by the cabin shape with long fuselage fairings running behind the headrests into the rear spoiler. A smooth ramp runs from the central tunnel too, linking interior and exterior and creating a longitudinal aerodynamic channel to deliver an innovative Venturi effect completed by a vent under the spoiler.

The cockpit is light and pared-back to the barest driving essentials, creating a sense of powerful, uncompromising sportiness with no concessions to superfluous comfort. Even some of the controls for the likes of the air conditioning, for instance, have been cut back, while the glove compartment, central air vents, mats, audio system, window controls and odds-and-ends holders have all been removed. Most of the materials used aboard, such as black matt carbon-fibre, leather and Alcantara, are technical, while the same multi-layer red paint developed specifically for the exterior adorns the central tunnel and the door panels.

Although inspired by the traditional Rosso Corsa, the new bodywork colour was developed using multi-layer and micalised paint technologies. 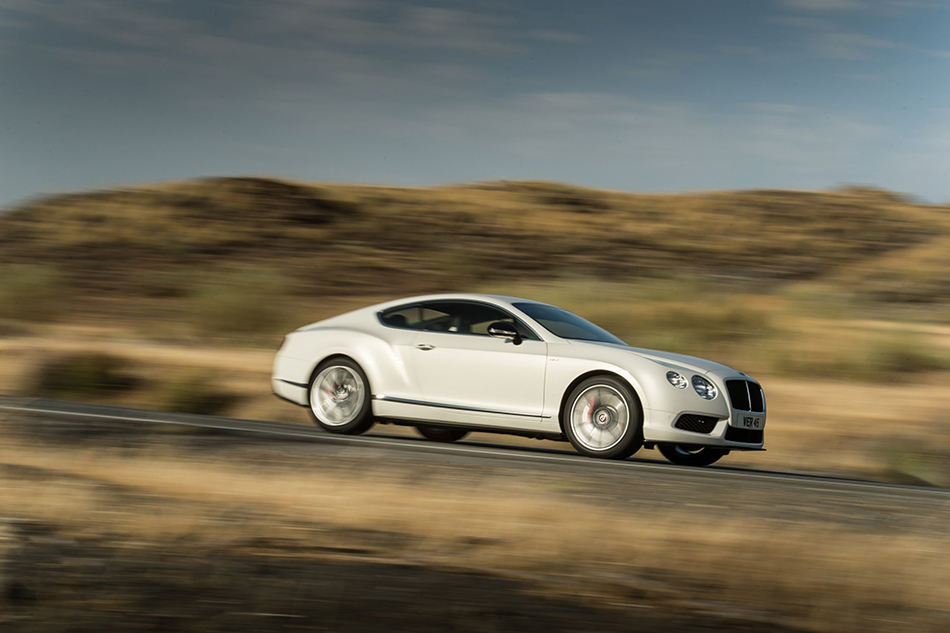