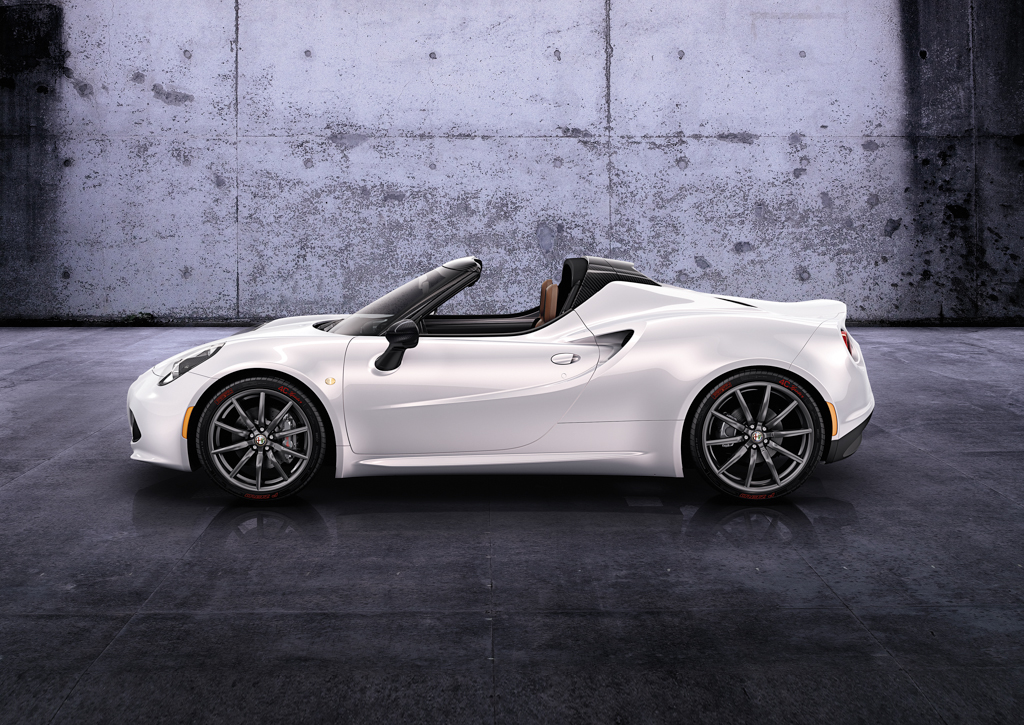 It doesn’t seem like all that long ago that automakers other than Lotus were producing lightweight sportscars capable of carrying the driver, the engine, a very small candy bar and one companion. With the release of Audi’s sub 3,000-lb TT and the Alfa Romeo 4C Spider Concept, it seems that the automotive industry is no longer in a sugary coma of 65 airbags, massive engines, 400-lb heated and cooled seats, and voice-activated FaceTube access. Sure, there have been fits and starts of better behavior like the Lotus Elise/Exige, Toyobaru BRZ/FT-86/FR-S, ill-fated Toyota MR2, and niche automakers like Morgan offering small, quick cars designed for fun rather than statistics, but overall the sports car world has, until now taken a different approach.

Alfa may not introduce many copies of the 4C to the North American markets or any other, as they have only planned to send 1,000 copies of the  coupe over here, but this cloth top cabrio should do well to bring traffic to a standstill wherever it goes. Unlike Alfas of old, the new model will likely only cause rubbernecking from its looks, and not from steam or smoke pouring out from under the hood. Specifications of the new Spider are pretty slim, but Alfa say that it only gains 130 lbs over the fixed-head coupe. This happens to be the same weight as the monocoque from the coupe. This makes for a 2,103 lb Italian sports car with 240 horsepower and 350 ft-lbs of torque coming from a 1750-cc turbo four. Not that it matters, but the coupe version does get 41.5 mpg on Europe’s combined cycle.

For more details on a car that will make you want to sell your plasma, a kidney, and anything else, check out the press release after the jump.

The stunning Alfa Romeo 4C Spider Design Preview makes its world début at the 2014 Geneva Motor Show, previewing a new model scheduled to go into production in early 2015.  Designed by the Alfa Romeo Style Centre, the Alfa Romeo 4C Spider Design Preview takes full advantage of the ultra-rigid construction and distinctive design of the coupé to produce a Spider in the truest sense of the Alfa Romeo tradition – a car that brings the driving experience into even sharper focus by allowing the sounds and sensations of performance to fill the cabin and stir the driver’s soul still further.

Structural reinforcement required by safety regulations for open-top vehicles means that the Spider inevitably weighs slightly more than the Alfa Romeo 4C coupé, but thanks to the use of carbon fibre for the rollover bars, spoilers and windscreen frame, as well as the adoption of a lightweight canvas soft top and the replacement of the glass rear screen with a continuation of the SMC* bodywork, the 4C’s structural rigidity, mechanical purity and low weight philosophy are not compromised. As a result, the additional weight of the open-top transformation has been limited to approximately 60kg.

The purposeful stance and stunning form of the Alfa Romeo 4C Spider has been evolved to ensure the highest levels of aerodynamic efficiency and downforce, resulting in impressive high-speed stability, while at the same time minimising the open-top air turbulence in the passenger compartment.

Apart from allowing the driver to connect even more closely with their surroundings, bestowing the Spider treatment on the Alfa Romeo 4C also allows the world to get a better view of what is a truly special and unique interior. Carbon fibre dominates the cabin, but not as a decorative afterthought – the monocoque of the 4C Spider Design Preview is constructed entirely from this distinctive material and is clearly visible in the centre console, door sills and rear bulkhead, for example.

The Alfa Romeo 4C Spider Design Preview also debuts a new dual-stage central exhaust system with titanium and carbon tailpipes by Akrapovic®, a company which produces competition exhaust systems for numerous motorcycle classes including Moto GP, Superbike, Supersport, Motocross and Enduro. A key feature of the new exhaust is an electrically-operated valve system which can improve performance and enhance the exhaust note at the push of a wirelessly-linked button.

Powered by Alfa Romeo’s new four-cylinder, all-aluminium, 1750 Turbo Petrol engine, which drives the rear wheels via a six-speed, dual dry-clutch Alfa TCT transmission, the 4C Spider’s performance is all but identical to that of the hardtop Alfa Romeo 4C: 0 to 62mph takes just 4.5 seconds and top speed is in excess of 155mph. In addition, the outstanding deceleration and lateral acceleration performance, and the balanced 40:60 front-to-rear weight distribution, remain unaffected by the evolution from coupé to Spider.

Complementing its show-stopping presence, new carbon fibre clamshell headlights have been fitted to the Alfa Romeo 4C Spider Design Preview, as have new alloy wheels which have been milled from solid aluminium blocks and shod with bespoke Pirelli tyres. Finished in three-layer gloss white, which helps emphasise the car’s beautifully sculpted shape and masterfully resolved surfaces, the Alfa Romeo 4C Spider Design Preview is undoubtedly the highlight of the 2014 Geneva Motor Show. 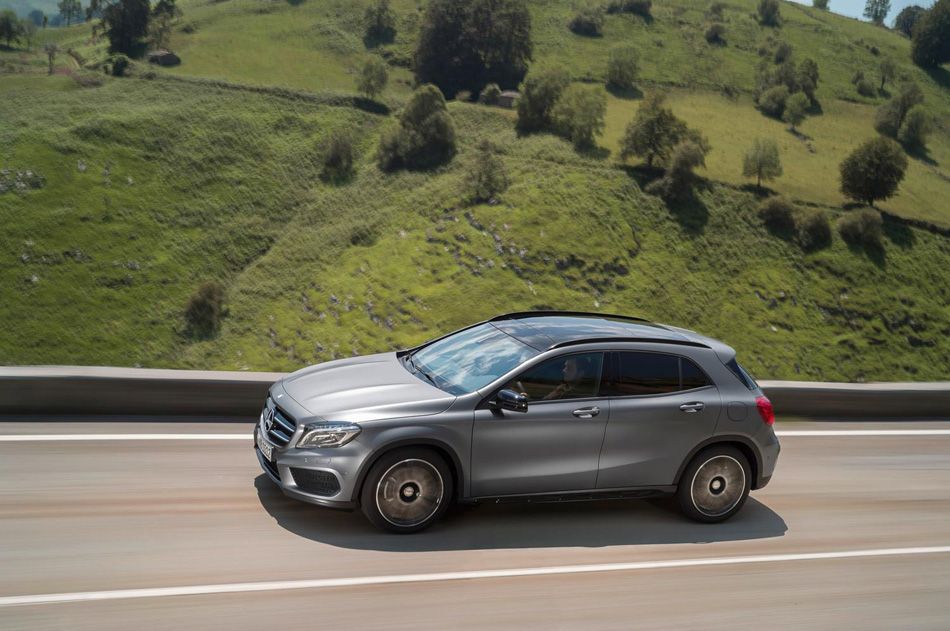