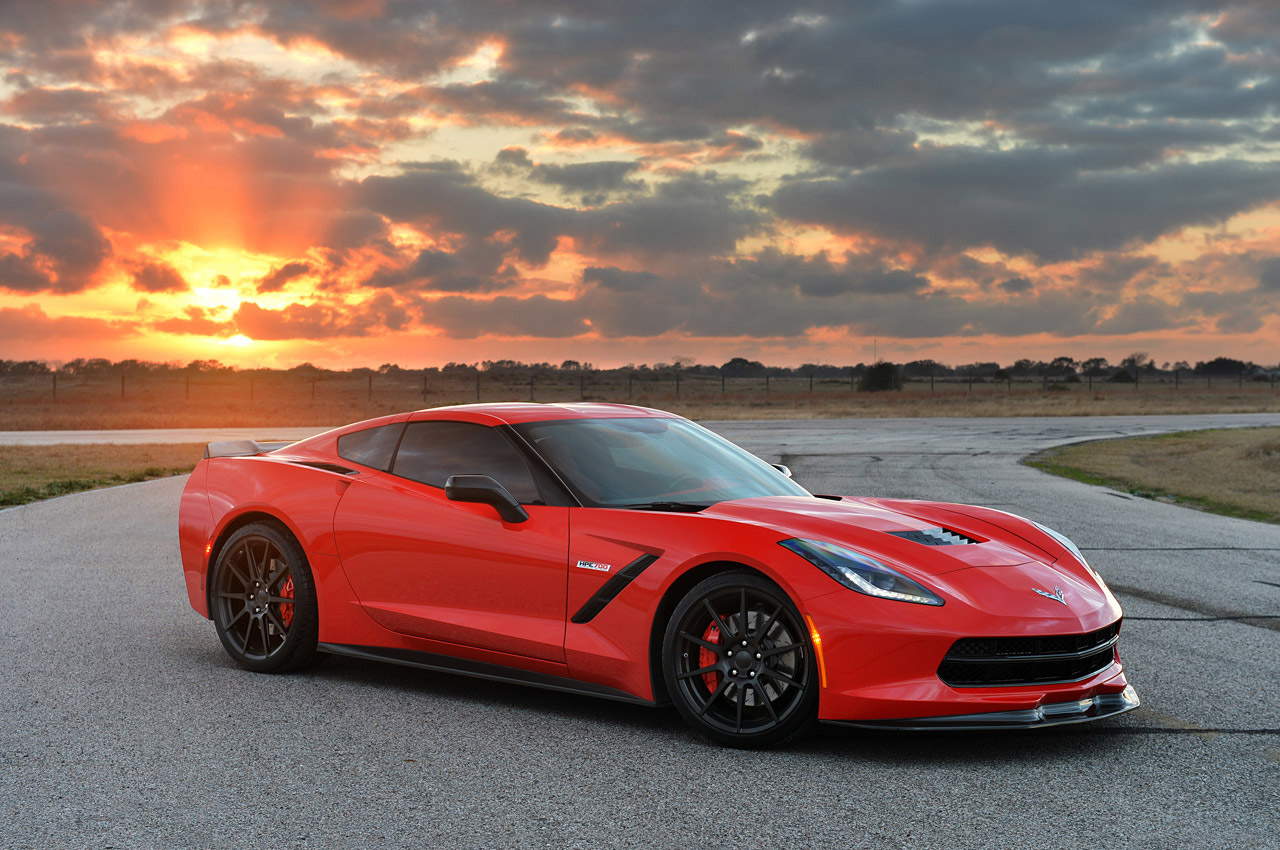 Since the Chevrolet Corvette Stingray is still rather new, Hennessey Performance announced their first modified Corvette called the HPE700 Twin-Turbo Corvette Stingray. And as expected, the new model is batshit insane fast.

Hennessey’s modifications take the naturally aspirated 6.2L V8, which on the stock front is good for 455ho and 450 lb-ft of twist. After the modifications of two turbochargers good for seven psi each and intercooling, the final output is 707hp and 661 lb-ft of twist. According to Hennessey’s own testing, the new car is good for a 0-60 time of just 2.9 seconds, versus the standard Stingray’s time of 3.8 seconds. A quarter mile ticks in at 105 seconds at 135.4 mph while a top speed of more than 210 mph is expected.

Prices start at around $120,000, including the donor Corvette itself, complete with the 3LT and Z51 packages. Either the six-speed automatic or the seven-speed manual can be chosen as well as other upgrades like HPE wheels and aerodynamic upgrades.

Sealy, Texas-In association with AutoNation, Hennessey Performance (HPE) will display the company’s most powerful Corvette Stingray built to date-the 2014 HPE700 Twin Turbo-at the Boca Raton Concours in south Florida. The HPE700 Twin Turbo will be unveiled on the evening of Friday, February 21 at the Boca Raton Airport Hangar Party that kicks off the concours weekend.

The heart of the HPE700 is its twin turbo system that utilizes a pair of precision ball bearing 62-mm turbochargers producing 7 psi of boost pressure. The handcrafted HPE system utilizes mandrel-bent stainless steel tubing throughout, and also incorporates dual turbo wastegates. Twin blow-off valves on the intercooler’s TIG-welded aluminum plenum are prominently displayed when you pop the hood, and help keep the turbos spooled with lift throttle, exhaling with that muted whoosh that’s music to an enthusiast’s ears.

The HPE700 Twin Turbo delivers 707 bhp @ 6,400 rpm and 661 lb-ft of torque though either a 7-speed manual or 6-speed automatic transmission. Equipped with optional 20-inch drag radial tires, the HPE700 Stingray hits 60 mph from a standing start in just 2.9 seconds while blowing through the quarter mile in just 10.5 seconds @ 135.4 mph. Top speed is estimated to exceed 210 mph-faster than the Hennessey C7 Corvette that broke 200 mph on a Texas toll road back in December of last year.

“We’ve taken America’s sports car and transformed it into an American supercar,” said company founder and president John Hennessey, “and it’s a testament to the soundness of Corvette engineering that the new Stingray not only copes with this massive infusion of power, it seems to thrive on it.”

Power is nothing without control, and at higher speeds, Hennessey’s CarbonAero™ carbon-fiber front spoiler, side sills and rear lip spoiler provide additional overall downforce to this steroid-injected Stingray. “I’d describe the look of our HPE700 Twin Turbo with CarbonAero™ bodywork as being tastefully aggressive,” said Don Goldman, CEO of Hennessey Performance. Completing the vehicle are 10-spoke Hennessey H10 forged monoblock wheels, which accept the factory Michelin Pilot Super Sport tires. Compared to the Z51 Package wheels, the set of Hennessey H10 alloys reduce weight by over 19 lb., significantly reducing both rotational mass and unsprung weight for improved acceleration and handling.

With a turn-key price tag of nearly $120,000 (including the base Corvette Stingray with 3LT and Z51 factory options), the HPE700 Twin Turbo does not come cheap. However, the company offers a comprehensive powertrain warranty for its Corvette upgrade systems, while delivering a level of performance on par with European supercars like the Lamborghini Aventador and McLaren MP4-12C.

The company plans to produce just 24 examples of the HPE700 Twin Turbo Corvette for the 2014 model year, ensuring that HPE700 owners not only have one of the fastest C7 Corvettes on the road but also one of the most exclusive. Said Don Goldman: “The HPE700 experience is a rush, and will absolutely ruin driving a stock Stingray…there’s just no going back.” 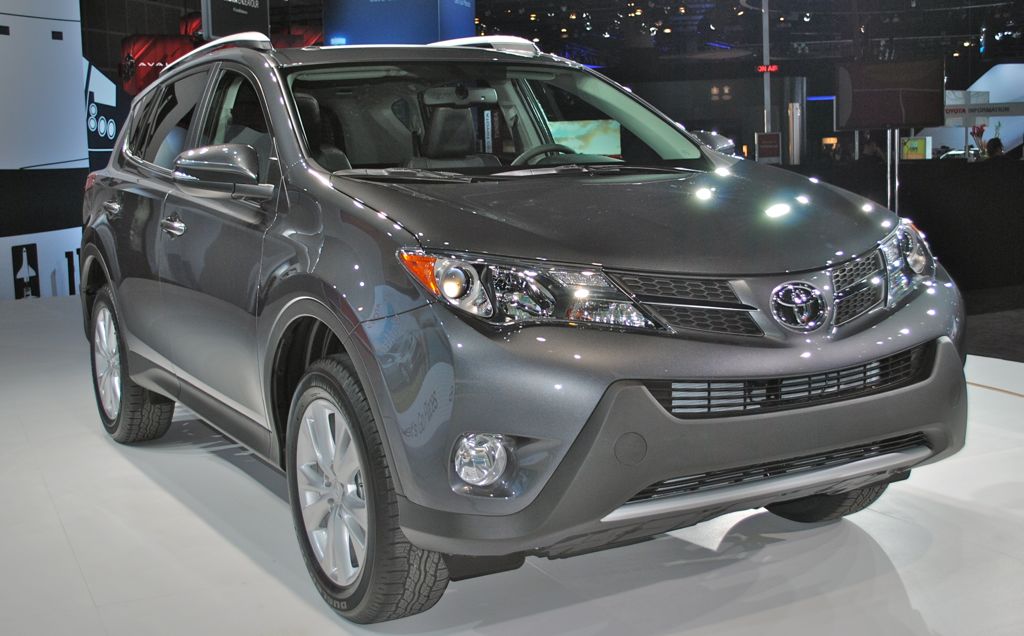 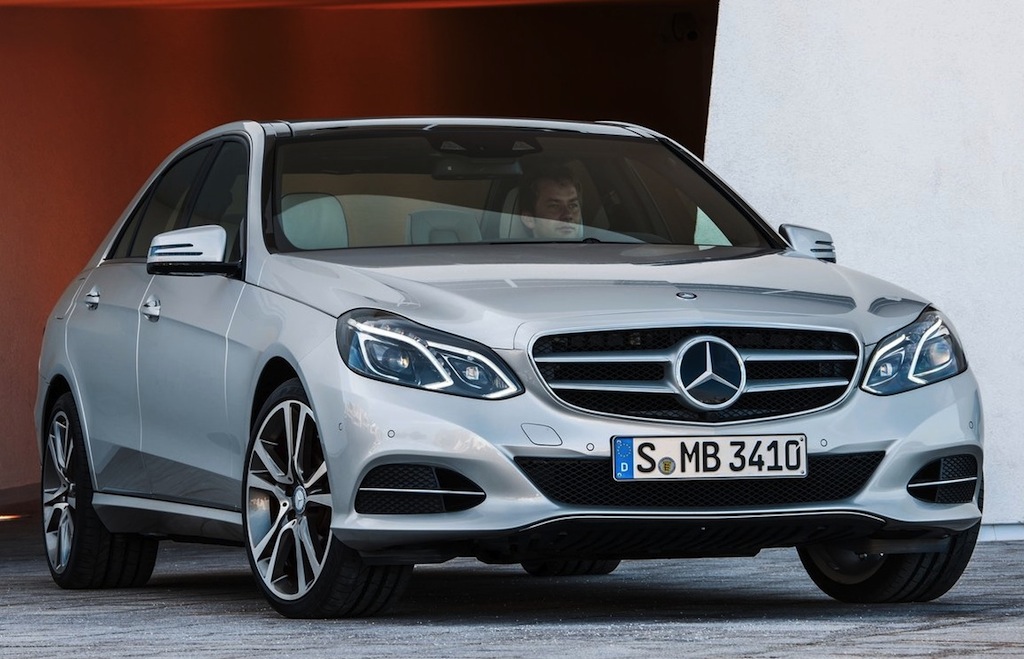