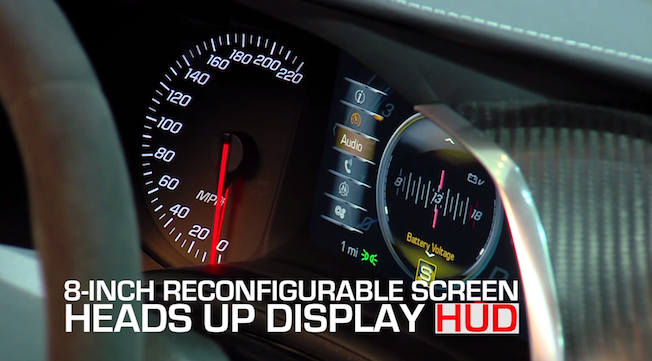 Chevrolet released a new video featuring their design manager, Ryan Vaughan, for the new Corvette Z06, who outlines some of the neat tech and gadgetry that is packed into the new Z06. The 2015 Chevrolet Corvette Z06 was introduced at the North American International Auto Show earlier this month in Detroit.

One of the many technical highlights of the Z06 is its Performance Data Recorder, which essentially has a bunch of telemetry integrated into the Corvette itself, allowing drivers to keep track of their performances when hitting the track. And with the Corvette Z06 being the most track focused C7 Corvette for the time being, it seems like a perfect fit.

The 2015 Chevrolet Corvette Z06 is powered by a supercharged 6.2L LT4 V8—dropping the last generation model’s naturally-aspirated 7.0L LS7 V8. The new 6.2L unit is good for “at least” 625hp and 635 lb-ft of twist, which is sent to the rear wheels via GM’s new seven-speed manual or optional eight-speed automatic.

Chrysler: Dodge Viper no longer for sale, models to live through 2010 and beyond