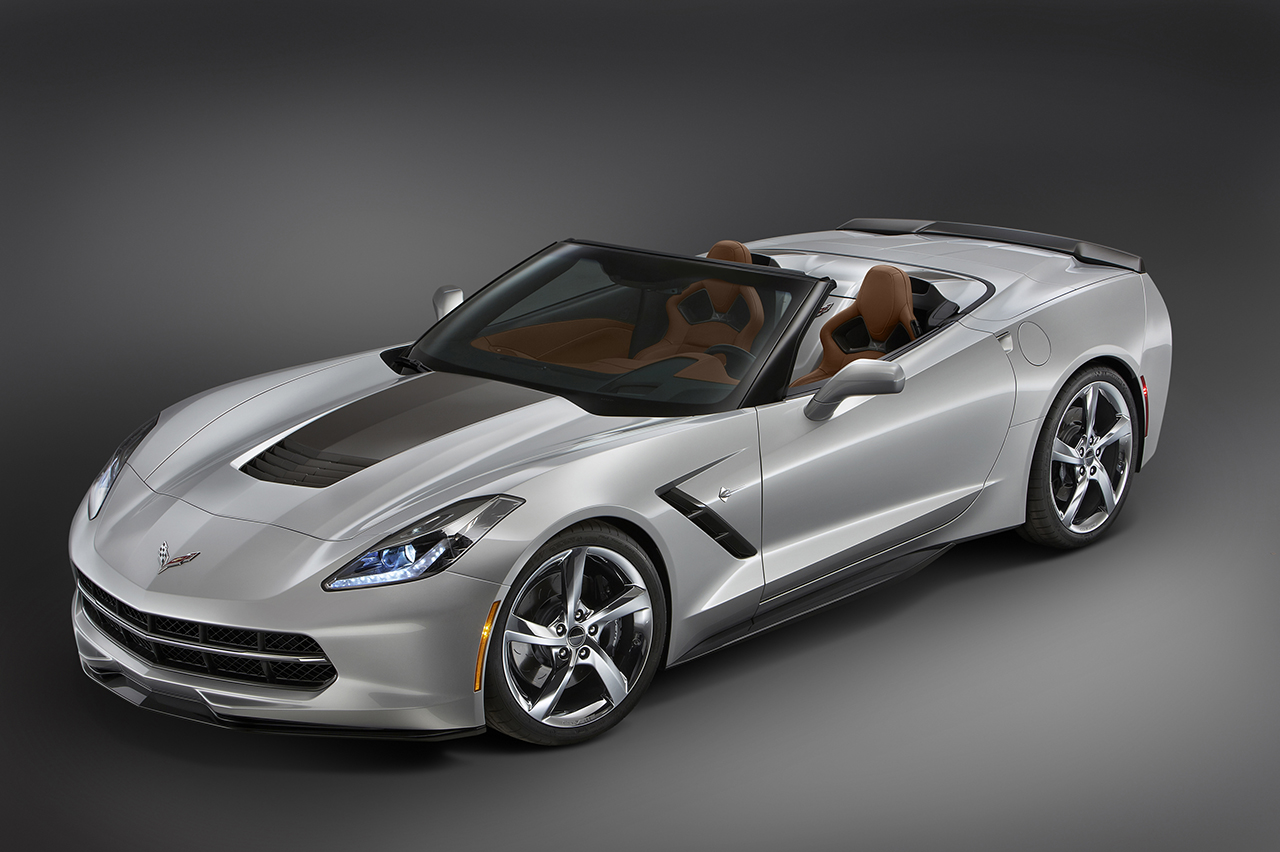 SEMA is currently happening in Sin City and as a result, various automobile manufacturers have revealed some new concepts at this year’s show. Chevrolet brought a range of modified concepts, based on the Corvette Stingray, the latest Camaro, the all-new SS Performance Sedan, to their Silverado regular cab.

The SS Performance Sedan was restyled to reflect the spirit of Jeff Gordon, the renowned NASCAR racer. It was built with a satin exterior finish, special graphics, custom 20-inch wheels, a carbon fiber rear spoiler, and a custom front grille. The SS also gets a lowered suspension, performance brakes, and a Borla exhaust system.

Chevy also had some Corvette concepts inspired by a range of brands, such as the Gran Turismo Concept (based on the Playstation videogame), the Corvette Stingray Convertible Atlantic Concept, and the Stingray Coupe Pacific Concept.

Lastly, besides the factory-sold 2014 Camaro Z/28 were five other Camaro Concepts, built to cater to the lovers of the National Hot Rod Association, those dedicated to the closed racing circuit, and more.

For full details, check out our high-definition gallery and the press release after the jump.

Through the end of September, Camaro’s total sales lead over Mustang was more than 5,000 for the year, putting it on track to be the industry’s best-selling sports car under $50,000 for the fourth consecutive year. The Camaro enters 2014 with revised styling and the new Z/28 model – the most track-capable Camaro in the car’s history.

The all-new SS returns Chevrolet to its rear-wheel-drive performance sedan roots, established with the small-block V-8 in the 1950s and enhanced with the Impala SS in the early 1960s.

And Chevrolet dealers can hardly keep the all-new Corvette Stingray in stock, with sold orders rolling to new owners off transporters.

“Racing is the common thread among Chevrolet’s performance cars and that comes from decades of transferring race technology to our production models,” said Jim Campbell, GM U.S. vice president of Performance Vehicles and Motorsports. “Corvette, Camaro and SS deliver well-balanced, exhilarating driving experiences forged on the racetrack and refined for the street.”

Many of the concepts unveiled at the SEMA Show have roots at the racetrack. Others show racing-influenced styling for the street. Most incorporate Chevrolet Accessories available from Chevrolet dealers, allowing customers to personalize their new performance car with factory-engineered and validated components that match the performance and quality of original equipment.

Also on display was a 2014 COPO Camaro – Chevrolet’s factory-built race car, designed for NHRA’s Stock Eliminator and Super Stock drag racing classes. As with the previous two model years, only 69 COPO models will be built. Racers interested in purchasing one must sign up for the COPO mailing list at chevrolet.com.

Jeff Gordon SS performance sedan concept
With input from the No. 24 driver himself, Chevrolet designers restyled the all-new SS to reflect Gordon’s style and the performance credentials of the brand’s all-new, rear-wheel-drive performance sedan. A satin exterior finish lends an all-business appearance to the car, complemented with No. 24 graphics, custom-finished 20-inch wheels, a carbon fiber rear spoiler and a custom front grille.

Under the hood beats the small-block heart of all SS production models: The LS3 6.2L V-8 rated at 415 horsepower and 415 lb-ft of torque. It is backed by a six-speed automatic transmission with TAPShift.

Corvette Stingray Gran Turismo® concept
A special-edition Corvette Stingray concept is revving to go in the new Sony PlayStation® 3 game Gran Turismo 6 commemorating the game’s 15th anniversary – and Chevrolet has built a real version of the virtual racing winner. Its distinctive exterior and interior elements include:

Like all 2014 Corvette Stingray models, the Gran Turismo® concept is powered by the new LT1 6.2L V-8, which uses direct injection, Active Fuel Management and continuously variable valve timing to produce 460 horsepower and 465 lb-ft of torque (with the available performance exhaust) – enabling EPA-estimated 29 mpg on the highway. The concept vehicle is also equipped with the standard seven-speed manual transmission.

Corvette Stingray Convertible Atlantic concept
One of a pair of right- and left-coast-themed concepts, this Blade Silver Convertible model represents the Atlantic side, with sophisticated styling enhancements resembling the details and refinement of a private jet. The exterior wears new Carbon Flash Metallic front splitter, rocker extensions and rear lower diffuser, along with Fusion Gray headlamp housings and hood accents. It is trimmed with a sueded-wrapped interior package.

This East Coast cruiser also wears a number of Chevrolet Accessories available to all 2014 Corvette Stingray customers, including:

For effortless driving and performance, the Atlantic concept features an LT1 engine with a six-speed automatic.

The high-performance hue is complemented by a carbon fiber hood and a visible carbon-fiber weave on the removable roof panel, as well as a satin-black front splitter and rocker extensions. The Z51 rear spoiler is painted Carbon Flash Metallic with a Carbon Flash graphics package. The interior features a carbon fiber trim kit, along with the available Competition Sport seats and a flat-bottom steering wheel with a carbon fiber finish.

Because it’s a Corvette Stingray Z51, the LT1 engine features a dry-sump oiling system, the cooling and brake systems are enhanced and the transaxle features an electronic limited-slip differential. Even the gearing in the seven-speed manual transmission is unique.

Like the Atlantic concept, the left-coast Corvette concept wears a number of Chevrolet Accessories, including distinctive satin black aluminum wheels with a red accent stripe (19 x 8.5-inch in front/20 x 10-inch in the rear).

COPO Camaro
Chevrolet Performance’s COPO Camaro program returns for 2014 with another limited run of factory-produced race cars and a pair of new racing engine choices.  The COPO exclusives will carry the distinctive, updated styling of the 2014 Camaro lineup, including new front and rear fascias.

Each COPO Camaro race car is built by hand starting with hardware from the Oshawa, Ontario assembly plant that manufactures regular-production Camaros. Each production car is fitted with an NHRA-approved roll cage and other safety equipment, along with racing chassis and suspension components – including a unique solid rear axle system in place of a regular-production Camaro’s independent rear axle.

Serial number 1 of the limited-production 2014 run will be auctioned by Chevrolet Performance at Barrett-Jackson’s annual January event in Scottsdale, Ariz. Proceeds will benefit the Achilles Freedom Team of Wounded Veterans, an organization dedicated to helping wounded veterans participate in marathons and share their success within a supportive community and their families.

2014 Camaro Z/28
There was no need to modify the all-new 2014 Camaro Z/28 for the SEMA Show – it’s already a comprehensively engineered car that recently lapped Germany’s challenging Nürburgring road course in 7:37.40 – on wet track conditions. It was four seconds faster than the Camaro ZL1, and beats published times for the Porsche 911 Carrera S and the Lamborghini Murcielago LP640.

In terms of lap times, the Z/28’s improved speed comes from three areas:

The heart of the Z/28 is the 7.0L LS7 engine. The LS7 uses lightweight, racing-proven, high-performance components, such as titanium intake valves and connecting rods, CNC-ported aluminum cylinder heads and a forged-steel crankshaft to help produce an SAE-certified 505 horsepower and 481 lb-ft of torque. Air-conditioning is available, but only as an option.

The Z/28 goes on sale next spring.

On the performance side, this Camaro concept incorporates a performance air intake, ZL1 brake kit and ZL1 short-throw shifter, along with these concept parts from the 2014 Camaro Z/28:

The car also wears Z/28 rear upper control arms, which are being evaluated for the Chevrolet Performance catalog.

Exterior and interior appearance accessories lend a more athletic aesthetic to this more-capable Camaro. The exterior features a Chevrolet Accessories grille, front splitter and rear spoiler, along with “Chevrolet Performance” graphics. Inside, it is ready for the road course or street, with: 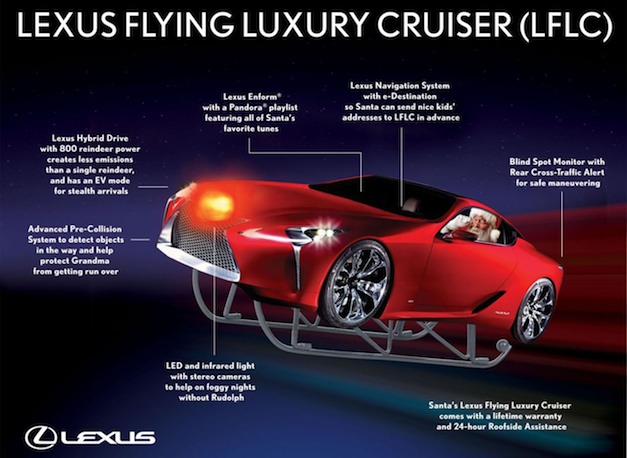 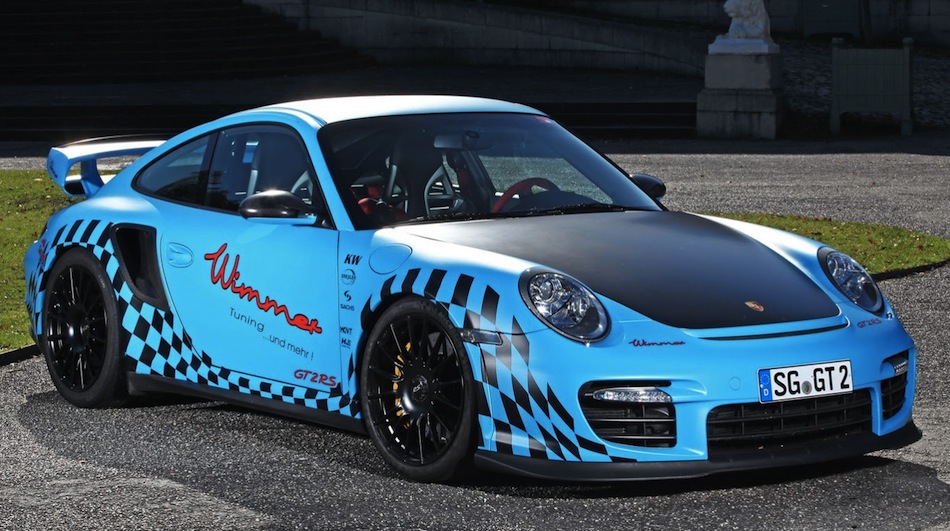