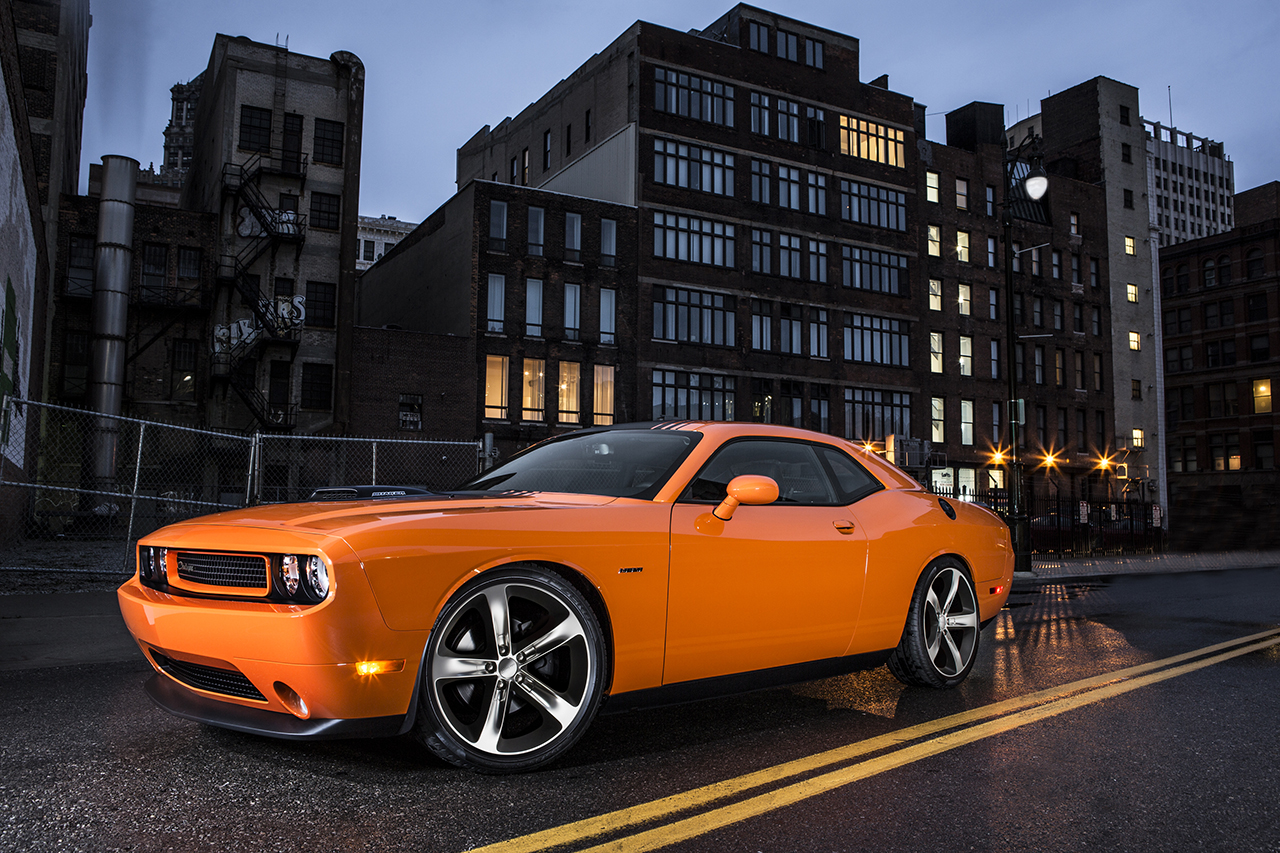 The “Shaker” hood harks back to the days of Dodge’s original performance option, which incorporated a “cold-air grabbing” hood, which means a hood with an integrated cold-air intake that actually works. It’s decked out with a Satin black finish and reflects the original option from the 1970s. The result is a power increase featuring over 400lb-ft of torque. Though official power figures were withheld.

The Mopar 2014 Challenger is another stylized performance variant of the Challenger, of which only 10 will be produced, marking a limited-edition vehicle. It features a range of Mopar-labeled upgrades, including similar “Shaker” modifications. It also receives a range of performance upgrades available for choosing, such as a short-throw shifter, a cat-back exhaust, updated suspension, and more.

November 5, 2013 , Las Vegas – Dodge and Mopar brands are “shaking” it up at the 2013 Specialty Equipment Market Association’s (SEMA) annual show in Las Vegas. The two Detroit-born brands are teaming up to reveal the new 2014 Challenger R/T Shaker and Mopar ’14 Challenger models, all engineered for hard-core enthusiasts who demand more throwback style with easily upgradable performance.

“The legendary Shaker performance hood is back, with its engine-mounted, fully floating scoop and exposed high-flow element that produces cold-air induction – making the new 2014 Dodge Challenger R/T Shaker the real deal,” said Tim Kuniskis, President and CEO of Dodge Brand. “With Challenger having its best sales-year ever, the time is right to provide our most loyal fans with the return of the Shaker, and even more power with new ‘Scat Package,’ performance stage kits.”

“With Mopar engineers working alongside Dodge designers and engineers, we created these factory-proven products to amplify performance and style in a way that no one else can,” said Pietro Gorlier, President and CEO of Mopar, Chrysler Group LLC’s service, parts and customer-care brand. “The ‘Shaker’, ‘Scat Packages’ and our new Mopar ’14 celebrate customized performance.”

As the model name suggests, the legendary “cold-air grabbing” Shaker not only looks good with its Satin Black center-mounted hood scoop, snorkeling up from the engine compartment, it also directs cooler air back into the HEMI® V-8 engine. And like the original 1970 Challenger R/T with the Shaker hood, the new 2014 model continues the Dodge tradition of an engine-mounted hood scoop that “shakes” with the powertrain’s movement.

Designed for muscle-car buffs who can’t help but tinker with their toys, the Challenger R/T Shaker features the 5.7-liter HEMI V-8 engine producing over 400 lb.-ft. of torque, with a functional Shaker hood with Mopar cold-air intake, conical air filter and optimized air box for improved airflow and performance. Lift the hood and enthusiasts will also be treated to an under-hood “Shaker” badge – reminiscent of the 1970s original.

On the inside, the new Dodge Challenger R/T Shaker features a unique three-spoke flat-bottom leather-wrapped performance steering wheel with black accent finish and integrated vehicle controls. Corresponding with the steering wheel is a unique “K-Black” painted instrument panel and center-console bezel for a discrete look. Matching the “Shaker” numbered dash plaque are door bolsters with graduated accent stitching that mirrors the logo’s artistic reverberation. High-performance front seats with aggressive bolsters in premium Nappa Leather in Dark Slate Gray with Sepia accent stitching or Radar Red with Radar Red stitching, feature the “Shaker” logo embroidered on the seat back, along with unique graduated horizontal plow-throughs. For additional detail, the center console armrest is also leather wrapped and finished with accent thread. The aluminum pistol-grip shifter mated to a track-proven Tremec six-speed manual transmission is standard, while a black leather-wrapped shift-knob and die-cast paddle shifters on the back of the steering wheel are available for those who opt for the performance-tuned five-speed automatic.

Adding to the customized interior environment, with one press of the start button, the Shaker logo appears on the available 6.5-inch Uconnect touchscreen.

The new 2014 Challenger R/T Shaker will arrive at Dodge dealerships in the first-quarter of 2014 with pricing for this very well-equipped model starting at just $36,995 U.S. MSRP ($37,495 with the custom one-of-a-kind hood-to-tail stripes), representing a walk of only $2,500 from the Challenger R/T Classic for all of the unique features of this limited production model.

Introducing the New Mopar ’14: Only 100 of the new limited-edition vehicles will be built
Taking the new Dodge Challenger R/T Shaker one step further, the Mopar brand revealed its new Mopar ’14 Challenger – the rarest limited-production Challenger model announced to date (only 100 to be made), with a distinct “Moparized” look. Additionally, the new Mopar ’14 is engineered to take on any combination of the three all-new “Scat Packages.”

“The Mopar ’14 is yet another factory-engineered example of how Mopar can make even limited-edition muscle cars like the Challenger even more special,” said Gorlier. “With three new ‘Scat Packages’ and more than 100 proven, quality-tested Mopar performance parts and accessories available for the Dodge Challenger, Mopar makes it simple through its one-stop customization shop.”

The Mopar ’14 Challenger features Bright White or Gloss Black exterior paint, and in keeping with tradition to its limited-edition predecessors — the Mopar ’10 Challenger, Mopar ’11 Charger, Mopar ’12 300 and Mopar ’13 Dart — is highlighted by the “Shaker style” stripe in “Mopar Blue.” For an even more customized look, two additional Mopar Blue stripe options are available, including an all-new “rocker panel” bodyside triple stripe runs with “MOPAR” across the doors; or for an even bolder look, an all-new A-line bodyside stripe that wraps over the deck lid and includes the Mopar “Omega M” logo on the rear-quarter. Enthusiasts hungering for a taste of the new Dodge Challenger R/T Shaker’s legendary heritage will find satisfaction in the Mopar ’14 Challenger. Its all-new Satin Black Shaker hood scoop stands out with its raised profile and “Shaker” logo reverberating while the 5.7-liter HEMI V-8 is running.  Other unique design elements to contrast the Bright White paint include all-new 20 x 8-inch Gloss Black aluminum wheels with Mopar center caps, a unique Black Vapor grille surround, Black fuel-filler door and Gloss Black deck-lid spoiler with Gloss Black “Mopar Design” badge and “Mopar” quarter-glass decals.

As the Mopar ’14 ownership should be as unique as the ride itself, Mopar created a serialized instrument panel plaque, customized monroney label and “Mopar” branded key fobs. The Mopar-designed vehicle tradition continues, as owners of the Mopar ‘14 Challenger will receive a custom-crafted personalized owner’s kit with a Mopar ’14 brochure, unique Mopar ’14 memorabilia, and customized items crafted with the serial number of each vehicle.

The limited-edition Mopar ’14 Challenger is the fifth special-edition vehicle created by the Mopar brand, and will arrive straight from the factory in Brampton, Ontario, to dealerships in the second quarter of 2014. Pricing will be announced at a later date. Ordering will begin in March 2014.

About Dodge Brand
The Dodge brand is tearing into its centennial year with a keen eye focused on the future and a desire to create vehicles customers can’t wait to drive and are proud to park in their driveways. With 100 years of history, Dodge is building on the technological advancements of the ‘30s and ‘40s, design evolution of the ‘50s, the racing heritage of the ‘60s, the horsepower of the ‘70s, the efficiency of the ‘80s and unbelievable styling of the ‘90s as it paves the road to its future. New for 2014, the Dodge Durango “is kind of a big deal,” with a new eight-speed transmission that delivers up to 25 miles per gallon (mpg) on the highway, a new 8.4-inch Uconnect infotainment center and best-in-class power, towing, and fuel economy, in addition to its class exclusive technology. The new Durango joins the new 2014 Dodge Dart with the new 2.4-liter 184 horsepower Tigershark engine, as well as the 2014 Avenger, Challenger, Charger, Journey and 30th Anniversary Grand Caravan. This 2014 Dodge lineup includes five Insurance Institute for Highway Safety (IIHS) Top Safety picks and two Top Safety Pick +, five vehicles with best-in-class power, seven vehicles that deliver 25 mpg or higher, three vehicles that deliver 31 mpg or higher and three vehicles that offer seating for seven.

Mopar parts are unique in that they are engineered with the same teams that create factory-authorized vehicle specifications for Chrysler Group and Fiat vehicles – a direct connection that no other aftermarket parts company can provide. A complete list of Mopar accessories and performance parts is available at www.mopar.com. 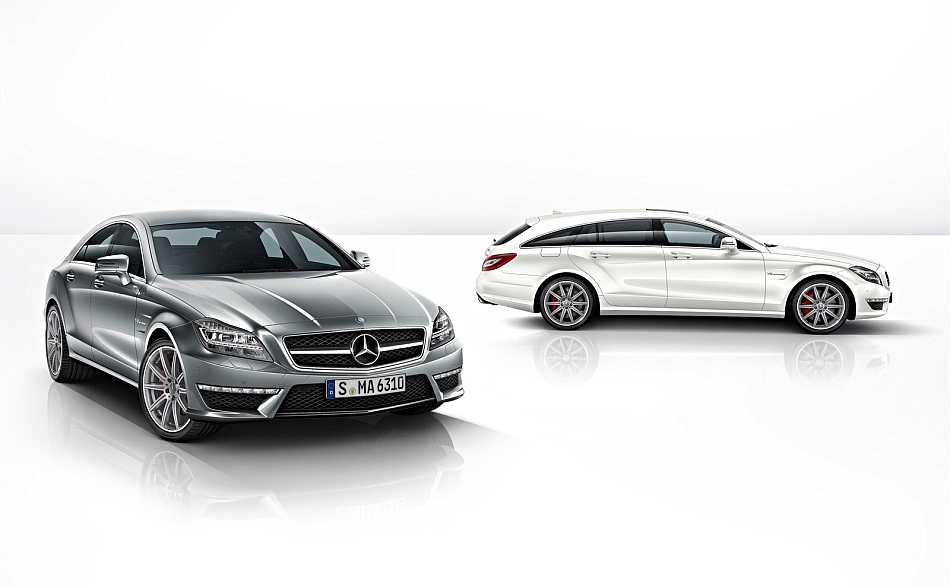 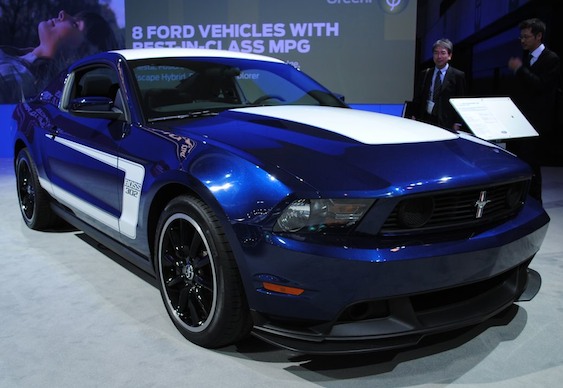 April 13, 2011 Omar Rana Comments Off on Chrysler’s Mopar teams up with Fiat’s Magneti Marelli to provide service for competitive vehicles