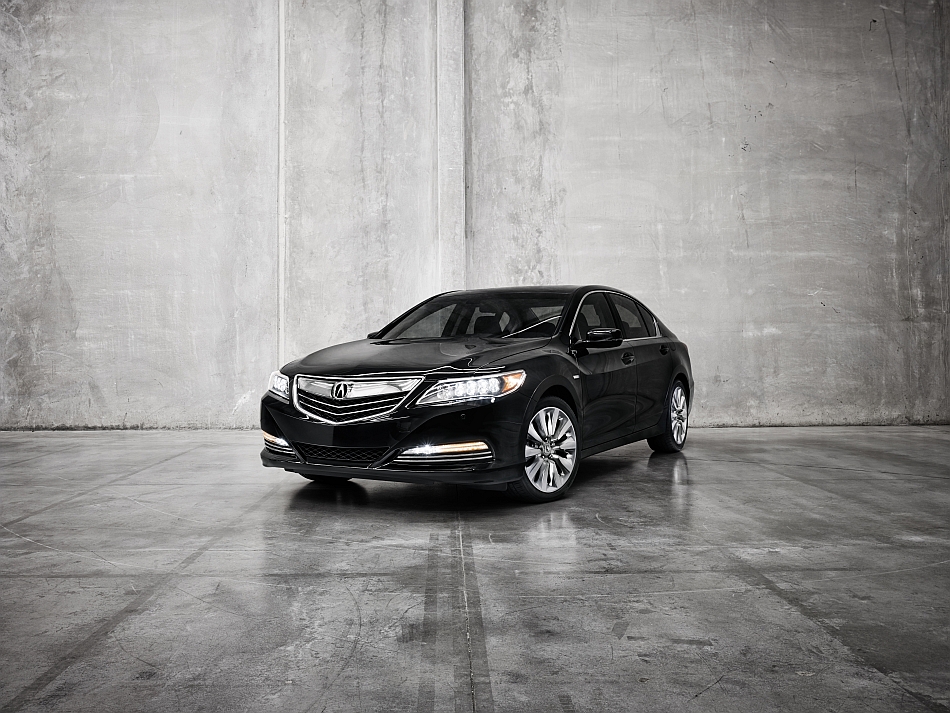 Acura confirmed to be revealing a new variant to their current flagship, the RLX, known as the RLX Sport Hybrid SH-AWD, at this year’s Los Angeles Auto Show. Much like the name insists, the RLX gains a hybrid system, adding to the premium luxury hybrid sedan selection.

The new model uses the current RLX’s Honda-sourced 3.5L J-Series V6 paired to a seven-speed dual-clutch automatic. The engine is then assisted by a series of electric motors for a combined output of 377hp. The estimated EPA fuel economy hovers around 30 mpg combined.

RLX Sport Hybrid SH-AWD is the most powerful and technologically advanced Acura sedan ever made, producing 377 horsepower; delivering V-8 power and 4-cylinder fuel economy
The Acura RLX Sport Hybrid SH-AWD, the flagship of the Acura luxury-performance sedan lineup, will be on display at the Los Angeles International Auto Show on November 20, 2013.

The RLX Sport Hybrid SH-AWD is the most powerful and technologically advanced Acura sedan ever made, and combines a 3.5-liter SOHC direct-injected i-VTEC V-6 engine with a 7-speed dual clutch transmission and three high-output electric motors to produce a combined 377 horsepower and an EPA-rated 30 miles per gallon combined city-highway fuel economy.1

The RLX Sport Hybrid SH-AWD will join the 310-horsepower RLX with Precision All-Wheel Steer (P-AWS) in the Acura model line in 2014. The RLX P-AWS model made its world debut at the Los Angeles International Auto Show in 2012 and went on sale earlier this year.

For More Information
Additional media information including detailed features, pricing and high-resolution photography of the Acura model line is available at www.acuranews.com.

Connect With Acura
Consumer information about Acura is available at http://www.acura.com/
To join the Acura community on Facebook, visit https://www.facebook.com/Acura

1 Based on 2014 EPA fuel economy ratings. Use for comparison purposes only. Your actual mileage will vary depending on how you drive and maintain your vehicle.