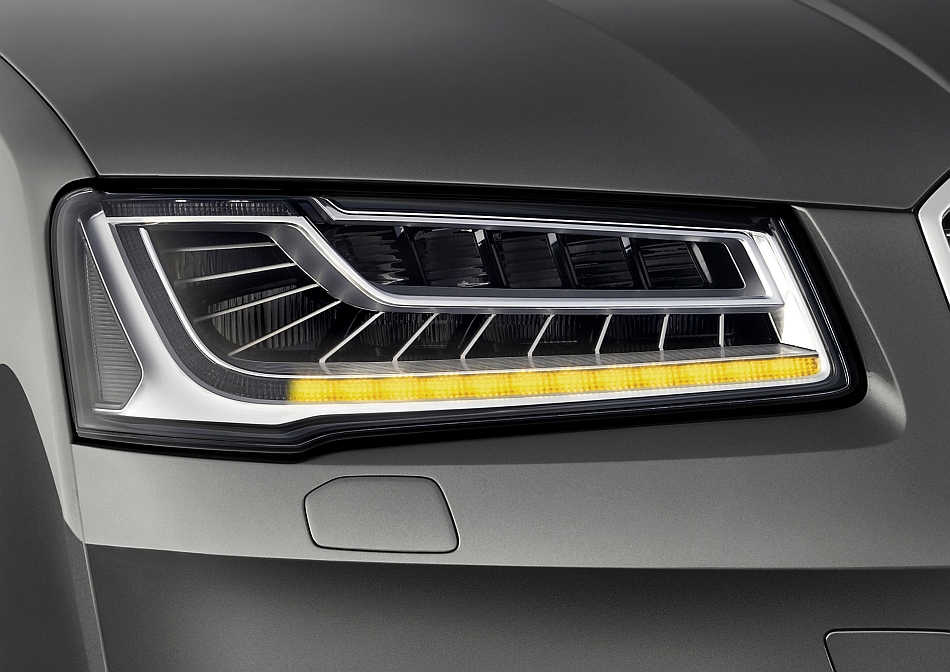 Audi had decided to do some teasing recent in lieu of the incoming Frankfurt Auto Show in September. So far, we know that Audi is on the brink of revealing one or two new sedans at the auto exposition in Germany. And to build up anticipation even more, Audi revealed a quick teaser of one of the new features and innovations to be showcased.

Audi is touting a new headlight system for its A8 flagship, which will most likely be featured in models in the near future. Called Matrix LED, the new system consists of 25 LED diodes in each leadlight, offering flexibility when it comes to projecting the right amount of light, which optimizes illumination without blinding oncoming traffic in an active manner. The headlights also work in tandem with the car’s navigation system to predict when a bend is near. Resultantly, the headlights will cooperatively adjust their angle to prep for the pending curve.

The updated will be fully revealed in Frankfurt in September. For full details, check out the press release after the jump.

Highly effective: new turn signal light in the Audi A8

In the new Audi A8, the turn signal light consists of lighting elements that illuminate in a defined sequence; this makes it easier for others to perceive the driver’s turning intentions, even under difficult conditions.

In the new Audi A8, the turn signal lights will now indicate the turning direction in an innovative way, which has the potential to significantly enhance traffic safety. That is because the lights provide a visual signal that can be clearly and quickly perceived, even at long distances and in poor visibility.

Each of the enhanced headlights contains18 light-emitting diodes arranged in a strip that is subdivided into seven blocks. Each tail light contains 24 LEDs in eight segments, which are used to dynamically indicate the turning direction. During flashing, the blocks are sequentially activated at 20 millisecond intervals, from the inside outwards in the desired turning direction. After 150 milliseconds, all segments are bright; for another 250 milliseconds they illuminate with full intensity. Afterwards, the turn signals go dark before repeating the lighting sequence.

Considering their capabilities, the Audi Matrix LED headlights can be regarded as a cutting-edge innovation. In each headlight, 25 light-emitting diodes generate a highly variable high-beam light. When the on-board camera detects other vehicles ahead, the Audi Matrix LED headlights mask the relevant sections of the high-beam by dimming or shutting off individual diodes. Very bright illumination is preserved in the remaining zones.

The Audi Matrix LED headlights also feature navigation-based cornering lights and, in cooperation with the night vision assistant, a marker light that warns the driver of pedestrians in the dark and which also alerts the pedestrians.

Audi will be presenting the upgraded A8 in September at the IAA International Motor Show in Frankfurt. 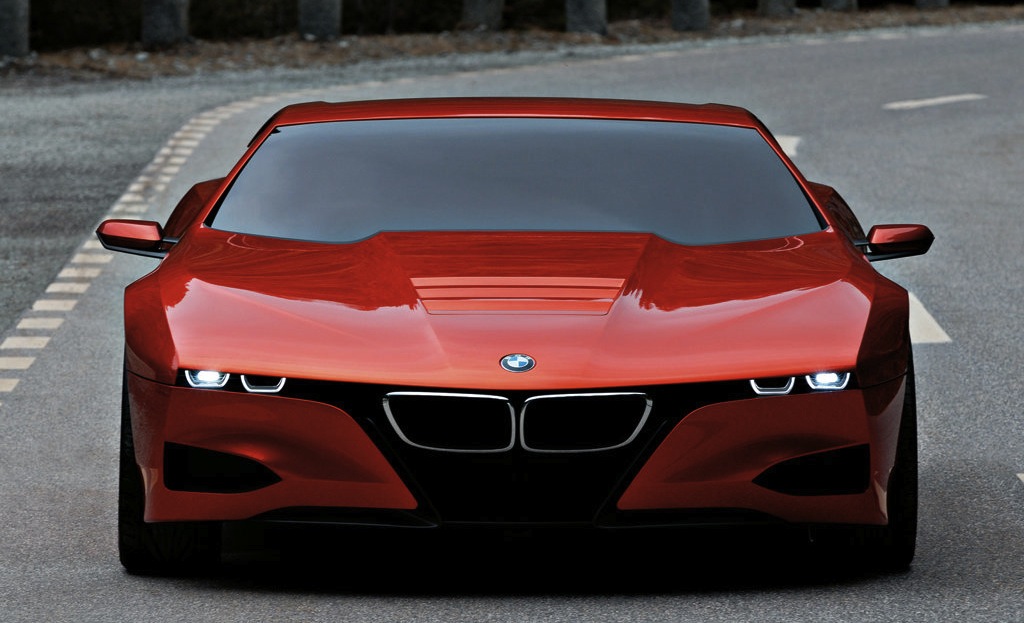