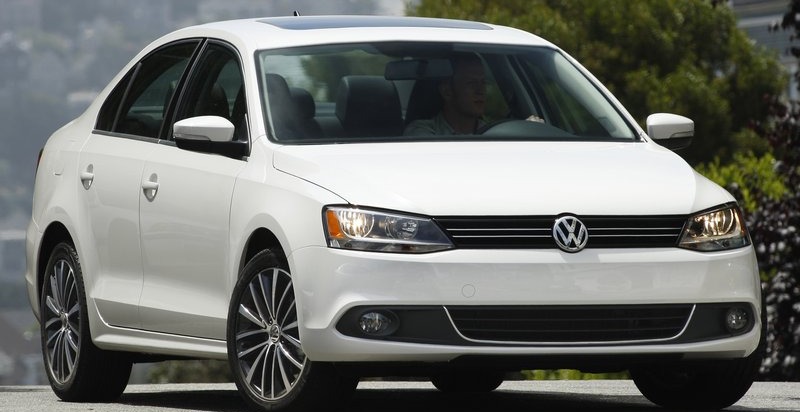 Volkswagen released a new statement outlining a slew of changes for the 2014 model  year Jetta. For starters, a new 1.8L turbocharged and direct-injected TSI four-banger will be taking the place of the base 2.5L five-cylinder engine while an R-Line variant gets added to the lineup.

That engine is good for 170hp, the same amount as the outgoing five-cylinder, while also producing seven more lb-ft of torque for a grand total of 184.

In the name of better handling and ride performance, Volkswagen also proudly said that they ditched the original model’s cost-cutting torsion beam rear axle for lesser models for the fully independent multilink setup found on the early Hybrid and GLI models. Electric power steering also has been made standard to help improve fuel economy.

For a full details on Volkswagen’s changes for the 2014 model year, check out the press release after the jump.

Herndon, VA – After three years of incredible growth and a slew of new product introductions, 2013 is a year of consolidation for Volkswagen of America. Nevertheless, it’s also a year in which some very important product changes will occur. Chief among these for the 2014 model year is the introduction of the EA888 1.8-liter turbocharged and direct-injection four-cylinder TSI® engine, which will gradually replace the 2.5-liter five-cylinder naturally aspirated powerplant fitted to the Jetta, Beetle, and Passat models. This new engine produces 170 hp and 184 pound-feet of torque: this is the same power as the 2.5, but the torque is improved by seven lb-ft, delivered much lower in the rev range.

Volkswagen pioneered the use of small-displacement turbocharged and DI engines in the U.S. market: the implementation of the new EA888 gasoline unit will help ensure that more than 90 percent of the cars sold by Volkswagen in the U.S. have these highly efficient powerplants. The engine is built in a new, state-of-the-art factory in Silao, Mexico that is part of Volkswagen’s ongoing $5 billion investment in the North American market.

The new TSI engine will be fitted to the Jetta range and the Passat SEL initially, to be followed by the rest of the Passat lineup and the Beetle later in the model year. The new engine is expected to offer significant highway fuel mileage gains over the 2.5-liter unit.

The popular Beetle range has a number of new additions for 2014. The most significant is the introduction of the retro-themed GSR (German for “Yellow Black Racer”) that will be sold as a limited-edition model. Because the base Beetle now has a turbocharged engine, the previous Turbo models have been re-branded with the R-Line® moniker.

The R-Line range itself has been extended to five vehicles. The Beetle Convertible R-Line, Touareg R-Line, and Tiguan R-Line all go on sale this fall, joining the existing Beetle Coupe R-Line and the CC R-Line.

Volkswagen will introduce its VW Car-Net™ connected services this fall as part of the 2014 model lineup. Available on Beetle, Beetle Convertible, CC, Eos, Jetta, Passat, and Tiguan models, VW Car-Net offers a wealth of security and convenience features, including crash notification, roadside assistance, and stolen vehicle location assistance. In addition, VW Car-Net adds: remote vehicle access; boundary and speed alerts; a vehicle health report; and an enhanced POI service on vehicles equipped with a navigation system. Most of the features can be administered through a handy smartphone app.

Finally, all Volkswagen models are E15 capable, across all powertrains for 2014.

The GSR is a modern re-interpretation of the 1970s GSR (“Yellow Black Racer”).
The body and the R-Line bumpers on the new GSR are predominantly yellow, the hood is mainly black, and the trunklid, roof, and the exterior mirror caps are all black. The new car has yellow/black stripes with “GSR” lettering above the side skirts and a large rear spoiler to complete the look. The car rides on 19-inch “Tornado” aluminum-alloy wheels shod with 235/40 tires and also features black-painted brake calipers.

The base Beetle’s 2.5-liter engine will be phased out later in the 2014 model year and replaced by a new, locally sourced, turbocharged 1.8-liter four-cylinder engine. This will produce 170 horsepower and 184 pound-feet of torque and is expected to offer highly competitive fuel economy. Electro-mechanical power steering replaces the 2.5’s hydraulic setup.

The Beetle Turbo lineup is renamed as the R-Line for 2014, adding aggressively styled bumpers front and rear as well as R-Line exterior badging and R-Line sill kickplates. The top R-Line Sunroof and Sound with Navigation also features unique 19-inch aluminum-alloy wheels, Bi-Xenon headlights with LED DRLs, and leather seating surfaces; black interiors also get an R-Line badge on the steering wheel and a “metallic finish” dash pad. All Beetle R-Line models and the GSR are fitted with the latest version of the EA888 2.0-liter turbocharged four-cylinder engine, which makes 210hp.

Among other changes to the Beetle, the TDI® with Sunroof model is removed from the lineup, while a rearview camera will be available on the Sunroof, Sound, and Navigation trim levels on the Beetle, Beetle TDI Clean Diesel, and Beetle R-Line models.

Like the Beetle Coupe, the Turbo Convertible range is renamed the R-Line. The topline R-Line with Sound and Navigation has additional R-Line-specific features, such as unique 19-inch aluminum-alloy wheels, Bi-Xenon headlights with LED DRLs, and leather seating surfaces: black interiors add an R-Line badge on the steering wheel and a “metallic finish” dash pad.

The base 2.5-liter engine will be phased out in favor of a 1.8-liter TSI unit that is expected to offer significantly better highway and overall fuel economy figures. Finally, the topline trim in each engine configuration-Beetle Convertible, Beetle TDI Convertible, and Beetle R-Line Convertible-will feature a rearview camera later in the model year.

Eos
For 2014, the Eos incorporates minor changes over the 2013 models.

Golf/GTI
There will be a limited number of 2014 Golfs and GTIs sold in the U.S. market, as four-door models only.

The best-selling model in Volkswagen’s lineup receives a number of key enhancements for 2014, including powertrain, chassis, and technology updates.

The SEL trim is now available with an automatic transmission only. It also offers VW Car-Net, a rearview camera, the RNS 315 navigation system, and the Fender® Premium Audio System.

Similar to the 1.8-liter gasoline trims, all TDI Clean Diesel models will offer VW Car-Net, a relocated MDI cable (now in the center console), and new independent rear suspension. TDI Premium and Premium and Navigation trims also get a rearview camera. The performance-driven Jetta GLI model now has the relocated MDI cable and the option of VW Car-Net, as well as the latest 210-hp version of the EA888 2.0-liter turbocharged engine.

Volkswagen’s first hybrid compact, the Jetta Hybrid, was launched late last year. For 2014, updates are minimal and include the availability of VW Car-Net and the addition of a new high-resolution color MFI display in the instrument cluster.

Passat
For 2014, the 2.5-liter five-cylinder engine will be replaced by a 1.8-liter turbocharged and direct-injection four-cylinder engine that makes 170 hp and 184 lb-ft of torque. Along with the engine comes a change from hydraulic to electro-mechanical power steering. Other changes include:

Routan
For 2014, the Routan carries over unchanged as a fleet model only.

Overall, there is added value across the Tiguan lineup with enhanced SE and SEL models, as well as a new SE with Appearance trim line. The SE adds heated seats, leatherette seating surfaces, and an MDI with iPod® adapter; the SE with Appearance’s added features include Keyless access with push-button start and a rearview camera; and the SEL adds the Fender Premium Audio System.

The most important addition to the Touareg lineup for the 2014 model year is the R-Line, which is based on the Lux trim for V6 and TDI Clean Diesel models. This model adds a sport suspension, 20-inch “Mallory” aluminum-alloy wheels, and a bevy of exterior and interior enhancements. On the outside, the R-Line model receives: R-Line badging; LED taillights; sportier front and rear bumpers; and side skirts. Inside, the R-Line gets brushed aluminum trim, stainless-steel pedals, a black headliner, an R-badged steering wheel, and unique sill kickplates.

Sport with Navigation and Lux models receive Keyless access with push-button start, while all models except the R-Line and Sport have a new “Easy Open” motion-activated trunk opening feature, which is a real boon to owners who have their hands full and want to access the cargo area. 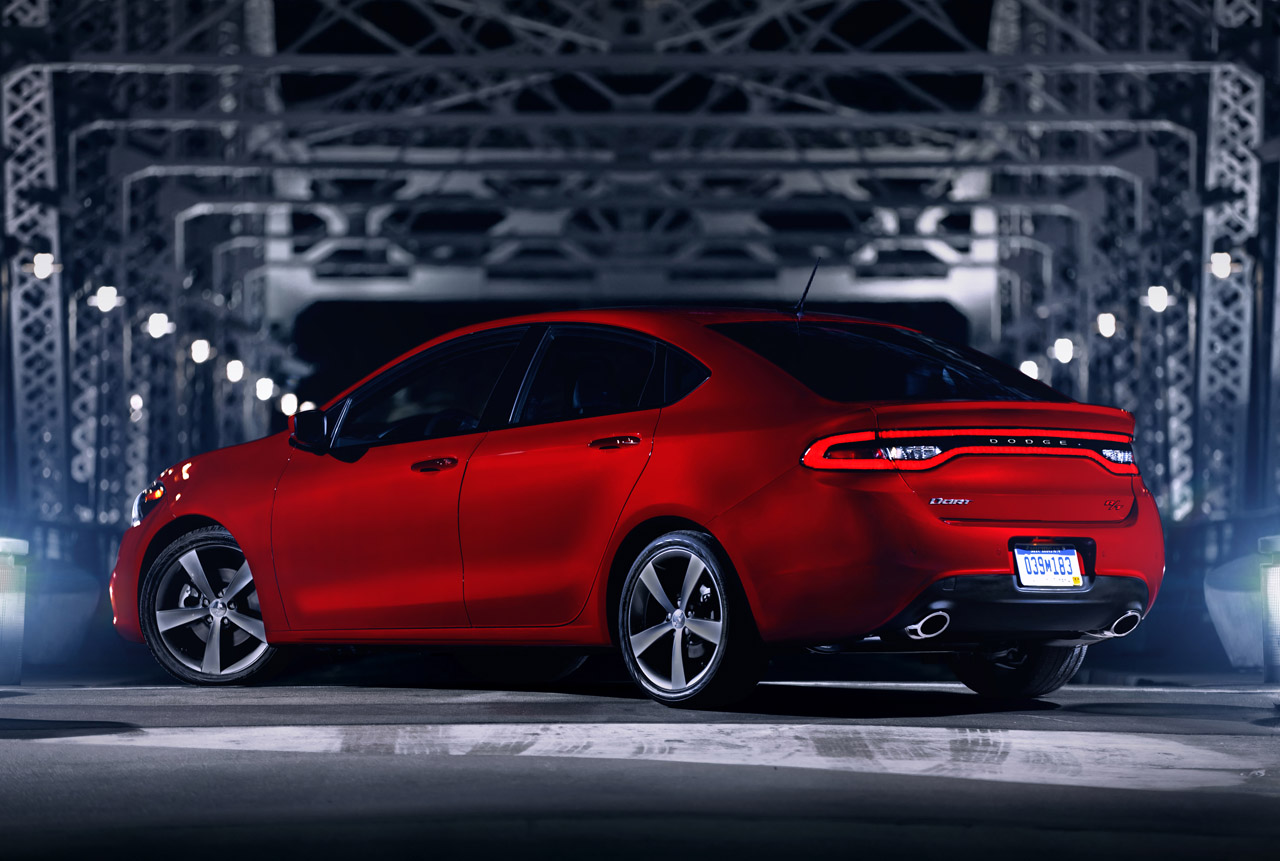 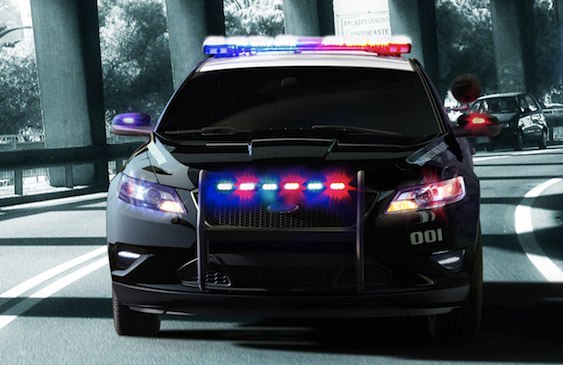