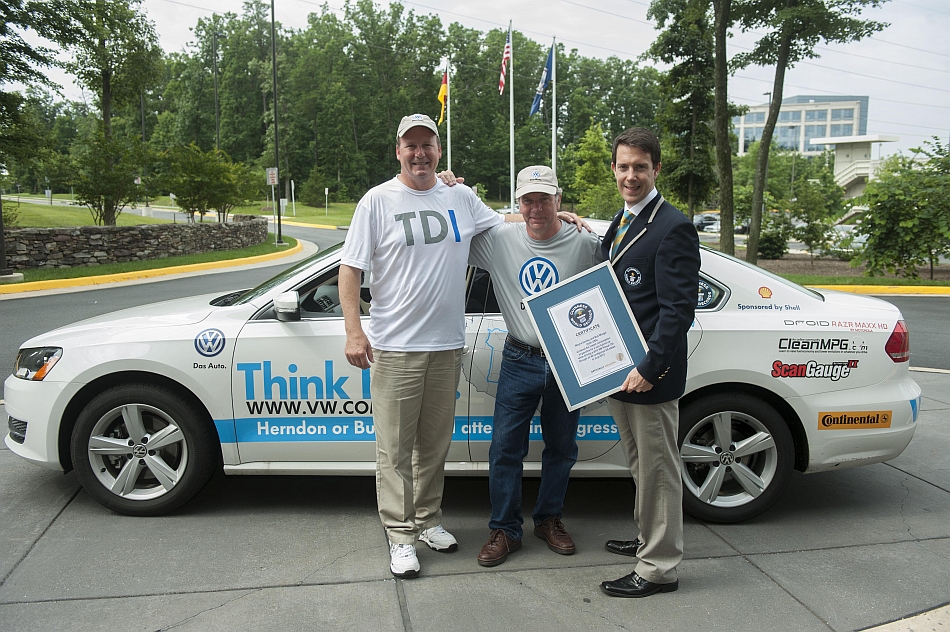 Volkswagen paired up with Guinness World Records to happily claim the world record for the “lowest fuel consumption—[in] the lower 48 U.S. states for a non-hybrid car.” The result of an insane 77.99 mpg was observed in a Passat TDI Clean Diesel, besting even the current hybrid vehicle record of 64.6 mpg.

Powering the latest Passat TDI is a 2.0L turbocharged diesel inline-four good for 140hp and 236 lb-ft of torque. Thanks to its large 18.5 gallon tank, the Passat TDI has been known to last up to 795 miles before needing a refill.

Though for this particular exercise, a total of 8,122 miles were covered on just 104.94 gallons of diesel, which is very impressive to say the least.

Herndon, VA –  Volkswagen of America announced today that it has set a new GUINNESS WORLD RECORDS® achievement for the “lowest fuel consumption—48 U.S. states for a non-hybrid car” category with a stellar 77.99 mpg — more than 10 mpg better than the previous mark of 67.9 mpg. The achievement also beats the hybrid vehicle record of 64.6 mpg by more than 13 mpg.

The Passat TDI Clean Diesel departed from Volkswagen of America’s headquarters in Herndon, Virginia, on Friday, June 7th, at 12:00 pm and arrived back on June 24th, having covered 8122 miles and visited all 48 states. The car, along with drivers Wayne Gerdes and Bob Winger, were greeted in Herndon by Volkswagen employees as well as Virginia State Delegates Tom Rust and Jim LeMunyon.

Jonathan Browning, President and CEO, Volkswagen Group of America, Inc., said: “To cover 8122 miles on just 104.94 gallons of fuel is nothing short of astonishing and shows just how economical our TDI Clean Diesel vehicles can be. Even for everyday drivers, the mileage benefits of our TDI engines are significant: Volkswagen has no fewer than six TDI Clean Diesel models that achieve an EPA estimated fuel economy rating of 40 mpg or better on the highway.”

Wayne Gerdes, founder of cleanmpg.com was the primary driver. Automotive journalist Gerdes has made a career out of hypermiling and has set mileage records in more than 100 vehicles, as well as achieving the record for lowest fuel consumption in the lower 48 U.S. states with a hybrid vehicle at 64.6 mpg. His co-driver was Bob Winger, an electronics engineer long involved in energy and conservation projects.

“We felt we had a good chance of beating the existing record with the Passat TDI,” Gerdes said, “but to smash it by averaging 77.99 mpg is really impressive and a testament to the potential of Volkswagen’s TDI Clean Diesel vehicles. Obviously, we employ some specialized techniques to achieve such figures, but there’s no reason why owners of TDI vehicles shouldn’t be able to achieve great mileage with a few simple pointers.” Gerdes suggests:

The 2013 Passat TDI uses Volkswagen’s advanced turbocharged and direct-injection Clean Diesel engine to achieve EPA estimated highway fuel economy of 43 miles per gallon when equipped with the six-speed manual transmission. This enables the Passat TDI to go up to 795 highway miles before needing to refuel.

Clean Diesel engines are just one part of Volkswagen’s approach to sustainable mobility, encapsulated by the Think Blue.® philosophy. Volkswagen employs a wide range of powertrains—diesel, electric, hybrid, and intelligently downsized turbocharged gasoline engines—in its quest to be among the most eco-conscious automakers in the world. That approach extends to the factories in which the cars are built and the processes by which they are made. 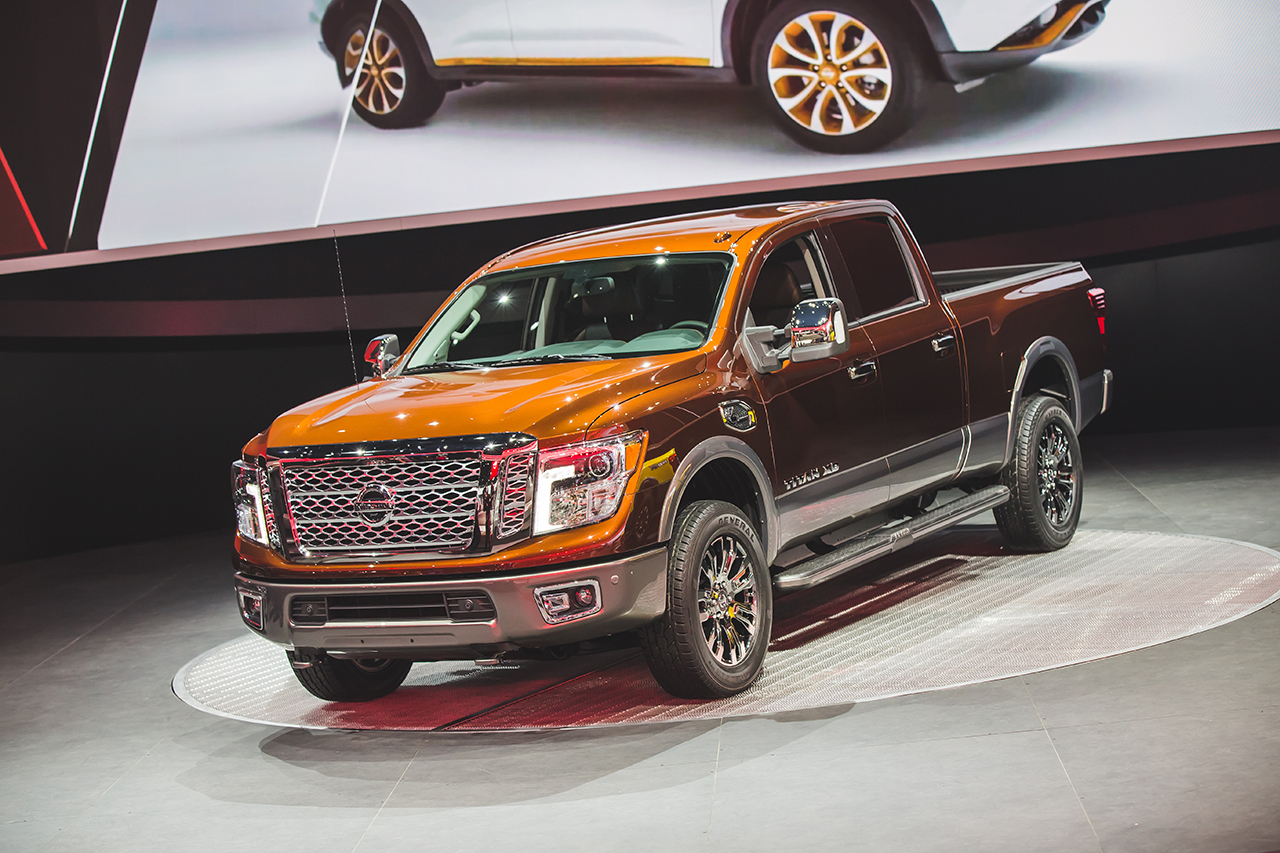 Video: Nissan shows us what kind of testing it did for its 2016 Titan

March 17, 2015 Chris Chin Comments Off on Video: Nissan shows us what kind of testing it did for its 2016 Titan 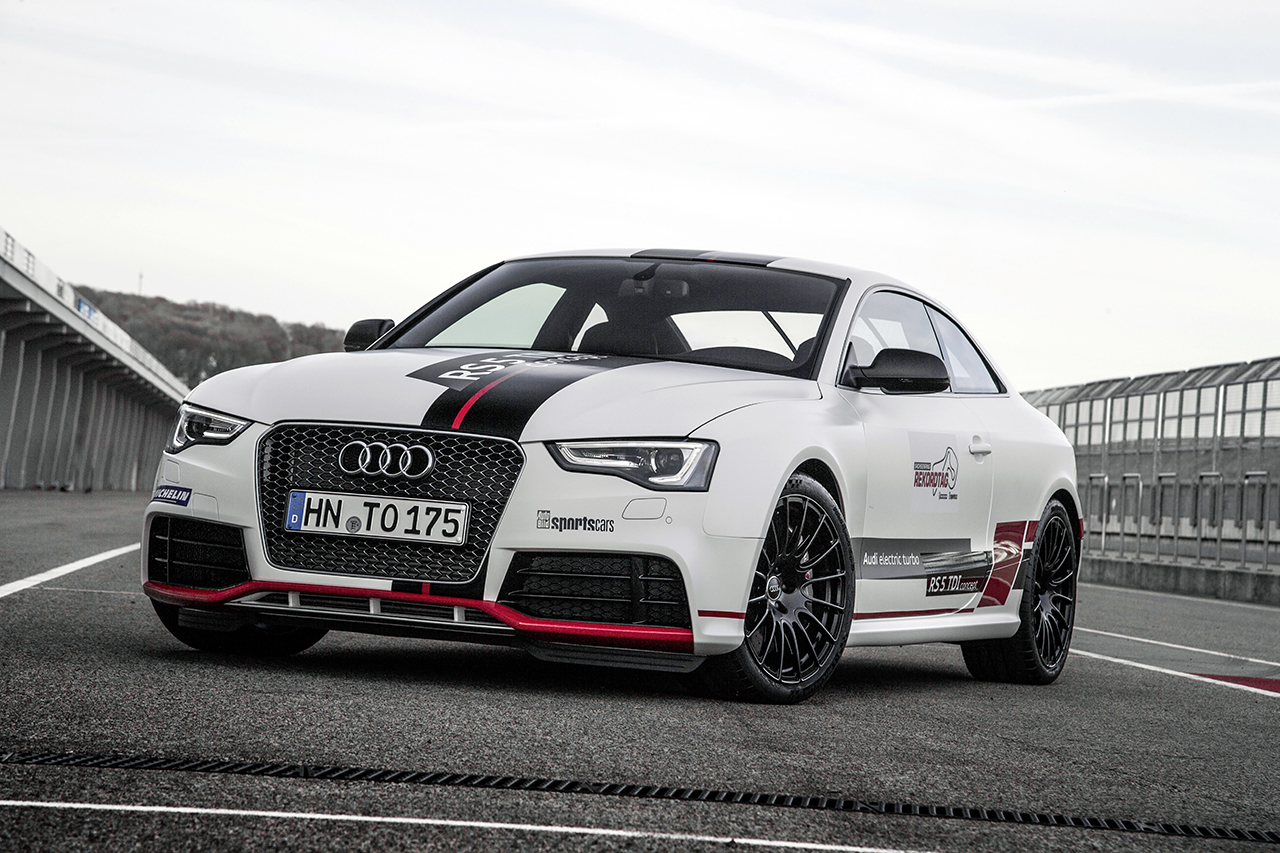 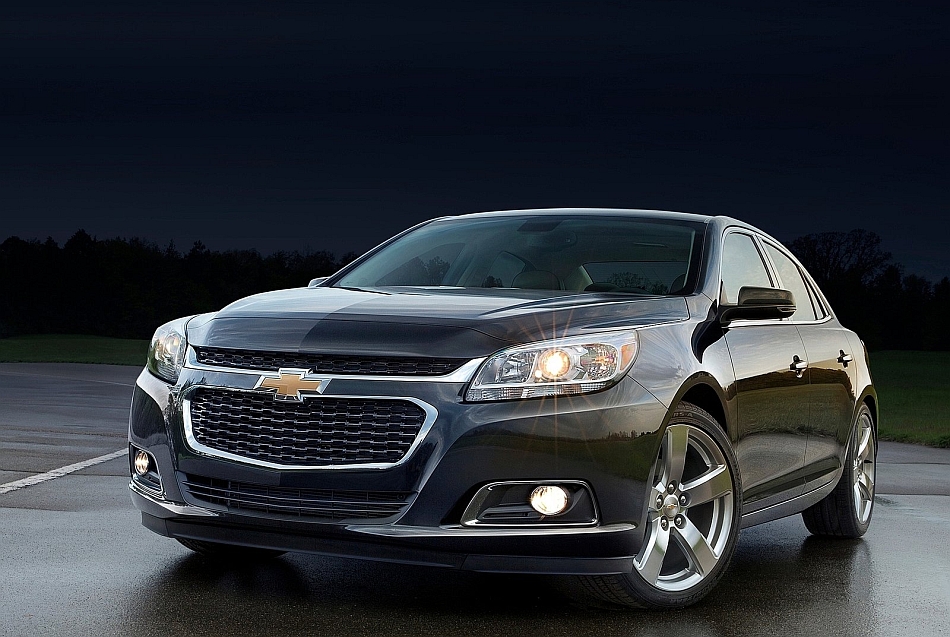