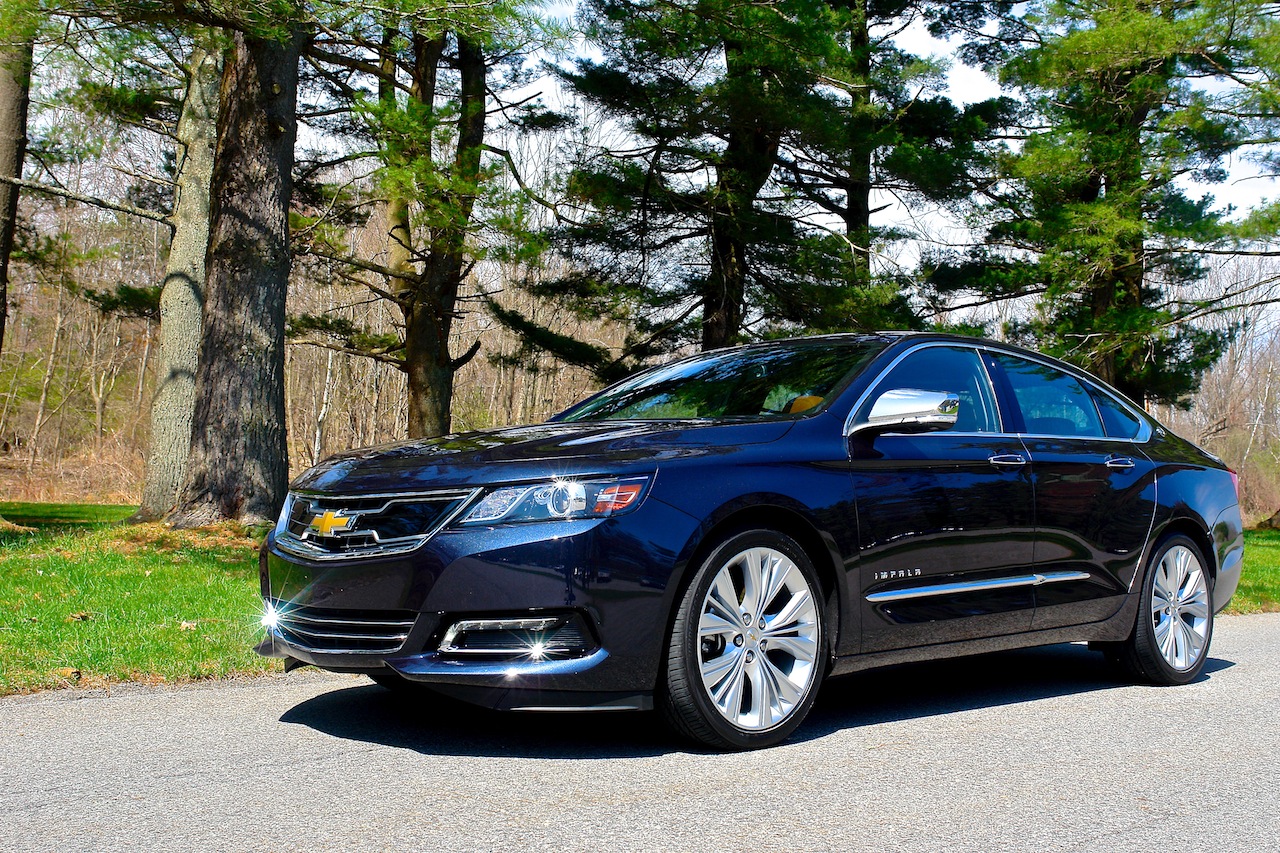 The Chevrolet Impala—the epitome of America’s idea of what a full-size sedan for the masses should be. When it first debuted in 1958, it was designed by Chevrolet’s at-the-time chief engineer, Ed Cole, who was also responsible for other models like the Corvette, the Corvair, the small-block 350, and virtually all of Chevrolet’s radical success between 1955 and 1962. He originally described the Impala’s bold mission as a “prestige car within the reach of the average American citizen.”  Since then, it set off to fulfill that mission for a total of ten straight generations to date—including the new one here—making the Impala not just one of GM’s longest lasting models, but a legacy for the brand as well.

In its glory years, the Chevrolet Impala was indubitably an icon, representing a major turning point when introduced as the Detroit-based automaker’s flagship. It racked up some legitimate superlatives like being the best-selling automobile in the United States through 1965. And ever since that precedent was set, the Impala had some very big shoes to fill. Then of course, the 1973 Oil Crisis happened and heavy mismanagement throughout left little room for optimism in the way for pessimism. Adding insult to injury, stiff competition from the relentless influence of sensibility from the Europeans and the Asians significantly inhibited the once seemingly insurmountable success of the American automobile empire.

What an injury that was since it eventually resulted in a slow and crippling death in 2009, by which the Impala was already as obsolete as the people who drove them. And they sadly haunt the roads of today in the form of a fleet captain—a level of uncoolness that neither enthusiasts nor average buyers are tempted by. This is also due to the fact that many of us Gen Y’ers were given front-row seats to none other than the American automobile industry’s lowest point to date. For those who need a quick demographic memory refresh, this arguably entails everyone born after 1980. So, Chevrolet had its toughest task yet ahead of them—a sort of last chance for redemption to make up for thousands, if not millions in lost sales, and to reclaim the hearts and minds of the youth, all who pose as Chevrolet’s crucial and future market. Is this new 2014 Chevrolet Impala the brand’s much-hailed knight in shining armor? Read on to find out. 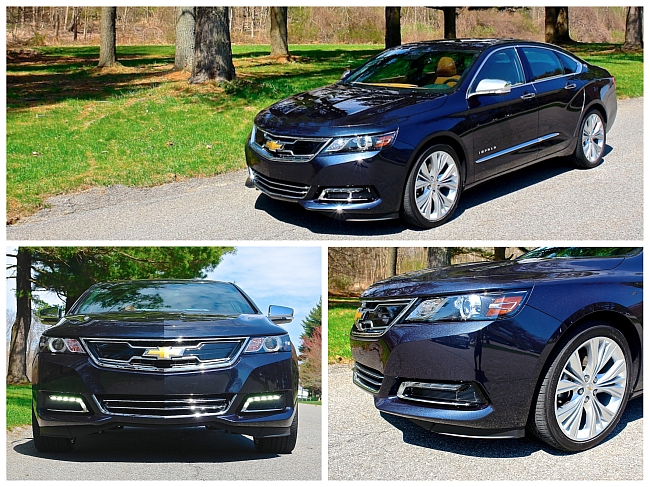 The first thing that came to mind: it looks like a more mature four-door Camaro, what with its bulky and aggressive front end and broadened shoulder line. When Chevrolet invited me out to for the media drive event, most of the cars were at least of LT spec, which ranks in the lineup as the middle level variant. But the point rather was that despite the minor differences in exterior appearance depending on the trim level, in every way, the new 2014 Chevrolet Impala lambasts the past five generations—and then some. I did notice few have argued that the new exterior lacks fluidity with its seemingly endless lot of creases and curves. But say what you will as this puppy now possesses one major characteristic that everything else in the Impala’s intended segment has—curb appeal. No longer does the Chevrolet Impala blend into the blah of automotive mediocrity. It makes us Gen-Y’ers wish we didn’t have to see the “yawnder”(yawn + yonder) years of the previous generation. 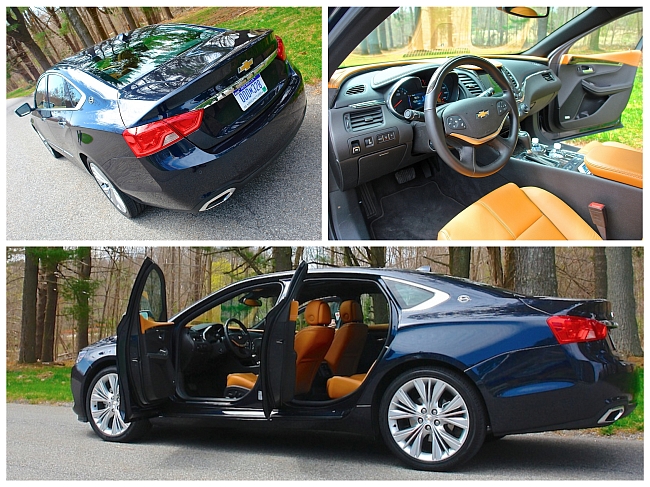 The same sort of wow factor continues on the inside, with an interior design mimicking that of other recent Chevrolets. Hints from the past have been incorporated into the interior of the new Impala such as the curvaceously compartmentalized dashboard. But the rest is all new-age Chevrolet. Virtually none of the deplorable characteristics that plagued the Impalas of recent past are to be immediately found, except for the vastness of the interior space. And perhaps some of the choice of materials and the fit and finish aren’t exactly up to par with those from Hyundai or Toyota. But this is all relatively speaking since it is a true story of the complete opposite when compared to the last generation. The sense of attention to detail to the build quality of this 2014 Impala is there in that it’s far greater than the last by tenfold. But it isn’t 110% class-leading just yet as there were still a few panels that didn’t exactly quite line up. And now, the big question: is the 2014 Chevrolet Impala’s driving performance a golden ticket back to the woefulness of your neighborhood Hertz parking lot?

And point blank, the answer is a big fat and complete no. I discovered this as Chevrolet arranged a very nice hour-long route beginning in Manhattan and up through Mount Kisco, where I simply concluded: this is by far the best full-size Chevrolet sedan I have ever driven and even then, I don’t doubt that it is the best driving full-size Chevrolet sedan yet. Continuing with my thoughts that the 2014 Chevrolet Impala looks like a more mature four-door Camaro, it even drives the part—albeit, like a front-wheel driven version. That’s by all means a good thing since nearly everything else in this segment isn’t exactly going to wow you with sporty pretenses until you start spending premium money, by which the mission of the  affordable full-size sedan is completely null and void. But even then, if you’re looking to get a bonafide performance sedan out of the new Impala, you’re in the wrong league (that’s what the 2014 Chevrolet SS Sedan is for).

Powering those front wheels and only the front wheels is GM’s latest and now standard 3.6L LFX V6, which can also be found in the Camaro, the Equinox, the Buick LaCrosse, the Cadillac CTS, SRX, ATS, and XTS, as well as the GMC Terrain. And in those applications, the six-cylinder mill has proved to be very refined and powerful with a tempting exhaust note. It’s exactly the same old song with its application in the Impala, as is the smooth and quick shifting six-speed automatic that comes with it.

During the drive, Chevrolet had us pair up with a partner so that one could navigate and I had the honor of having the 2014 Chevrolet Impala’s Lead Development Engineer, Yvonne Zisler, as my copilot. So of course, I had her explain to me what Chevrolet’s focus was with the new Impala. The mission: to lower the average customer age for the Impala and of course, appeal the car to a younger demographic. This also encompassed the task of making the car sportier. Simply put, Zisler’s hard work paid off like the late Steve Jobs compulsively obsessing over the next generation iPhone.

Body motions were well-controlled and the ride quality very sophisticated, even with this top-spec LTZ’s 20-inch multi-spoke deep dish wheels—which look magnificent, I might add. Zisler did say that the Impala’s engineering team’s goal was to make the car feel “tighter, more nimbler, and connected” while maintaining a premium feel. And I could safely say that all those check boxes have been marked off. Equally as remarkable as the ride and handling was the steering, which even brought things up to a level of enthusiasm that had me smirking all the way up and down the Saw Mill. Perpetuating this feeling was the fact that Zisler also pointed out that the steering rack was lifted directly from the Camaro V6, something very evident as the steering was accurate, well-weighted and very much class-leading. And thus my sentiment stands: the 2014 Chevrolet Impala looks, drives, and IS a more developed, toned down, front-wheel driven four-door Camaro. 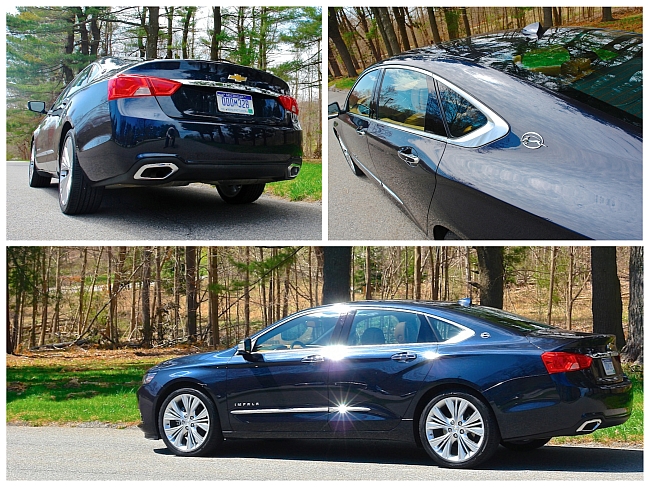 Now, I will be the first to tell you that I’ve honestly never been an advocate of American automobiles. And that’s because I am one of the many unfortunate souls to fall into said Generation-Y category. In fact, I actually dreaded American-made automobiles much in the same way Jeremy Clarkson professed his hatred for the Vauxhaul Vectra—another General Motors product with an ill-fated past, go figure. Though the  truth is that anyone born after 1980 just really experienced a case of bad timing. The lingering nightmares from the 1973 Oil Crisis and relentless competition from the foreigners virtually led automotive enthusiasts of all kinds on an automotive social diaspora, forcing us “young folk” away from the Americans and over to the foreigners to meet and exceed our enthusiastic expectations—American halo sports cars, and niche SUVs and pickup trucks aside. This ultimately made GM realize that drastic changes must take place.

But as Chevrolet emerged like a phoenix from the flames post-bankruptcy as the damage had been done, the brand proved that they can once again be a viable player in nearly every segment that exists in the most competitive mass automobile market history has ever seen. The Chevrolet Impala is the last and foremost model to relieve the golden crest’s current lineup of its ill-fated past and it does so with the flying colors of red, white and blue—especially since Yisler reaffirmed to me that this 2014 Chevrolet Impala was designed from the ground up in the United States.

Though above all, the 2014 Chevrolet Impala really does fulfill Ed Cole’s original mission. Not only is the new Impala a “prestige car within the reach of the average American citizen”—i.e. middle class. It’s one that is entirely up with the times and is as competent as everything else in the market segment, if not slightly better. It fits picture perfectly like the final puzzle piece into the contemporary image of the American dream, further epitomizing America’s modern idea of what a full-size sedan should be for the masses. For that reason, the 2014 Chevrolet Impala absolutely relives some of the glory cast from the original 1958 model by fulfilling that mission and offering a truly competitive package amongst the mainstream full-size jetset. And it definitely looks the part.

And if there’s one thing that’s even more apparent, it is that Chevrolet has finally gotten a grip by learning that riding solely on a reputation of the past, while ignoring your changing customer base is a recipe for disaster—something renowned automobile journalist, Brock Yates, criticized the American automobile industry for in 1968 with “Grosse Pointe Myopians.” The 2014 Chevrolet Impala is a true testament and representation of this lesson, the sometimes hard and brutal lesson that before you can succeed, sometimes you must fail and that the greater the fall, the harder the lesson to be learned. That said, Chevrolet should take this lesson with pride and stride simply because the brand can now look forward to a potentially positive future while looking in hindsight and proudly walking away from the rubble they came from—they deserve to. Chevrolet’s new 2014 Impala is that good…good enough to once again be cool. Mr. Edward Cole himself would be proud.

Chevrolet provided the vehicle for this review. 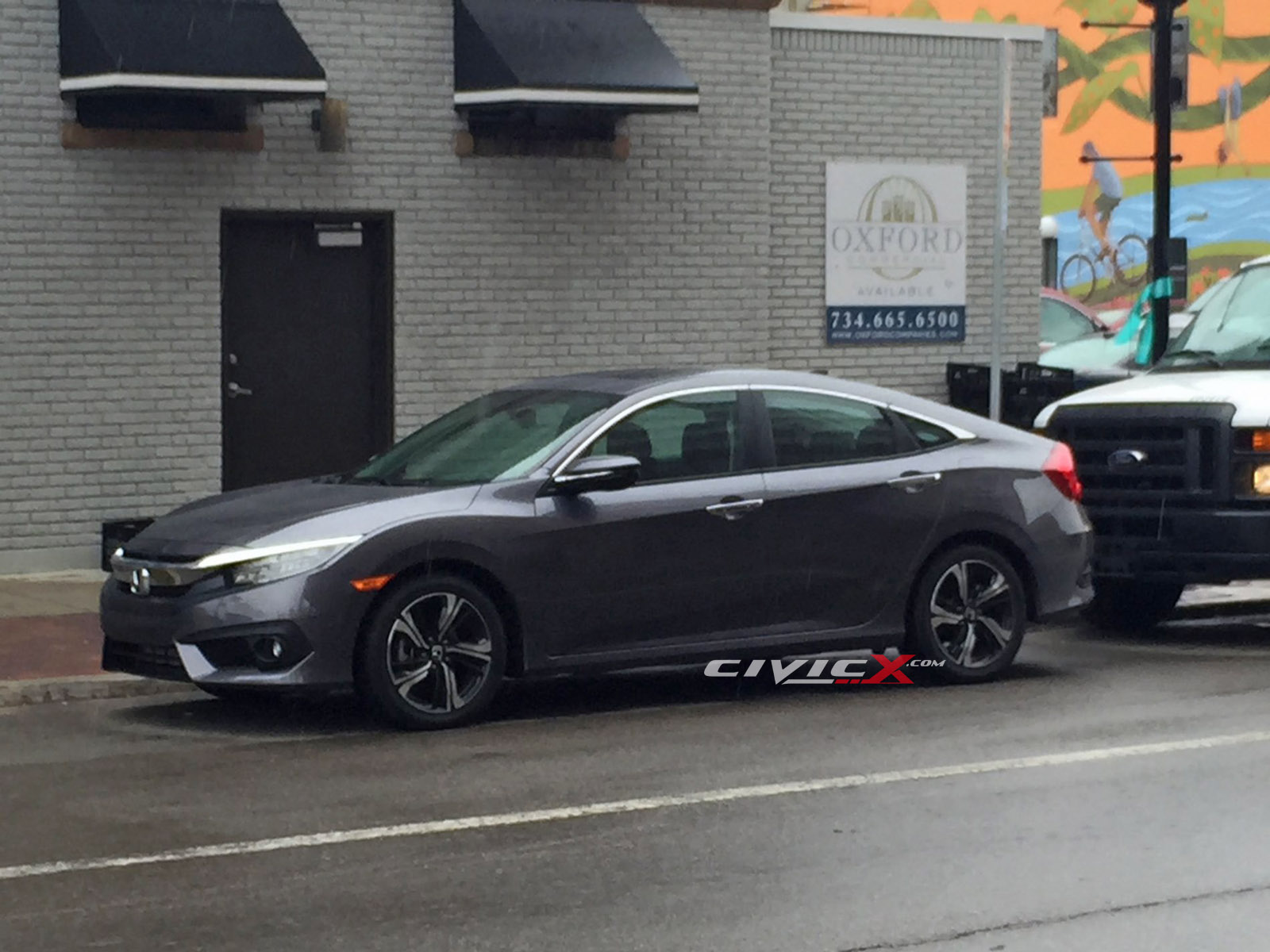