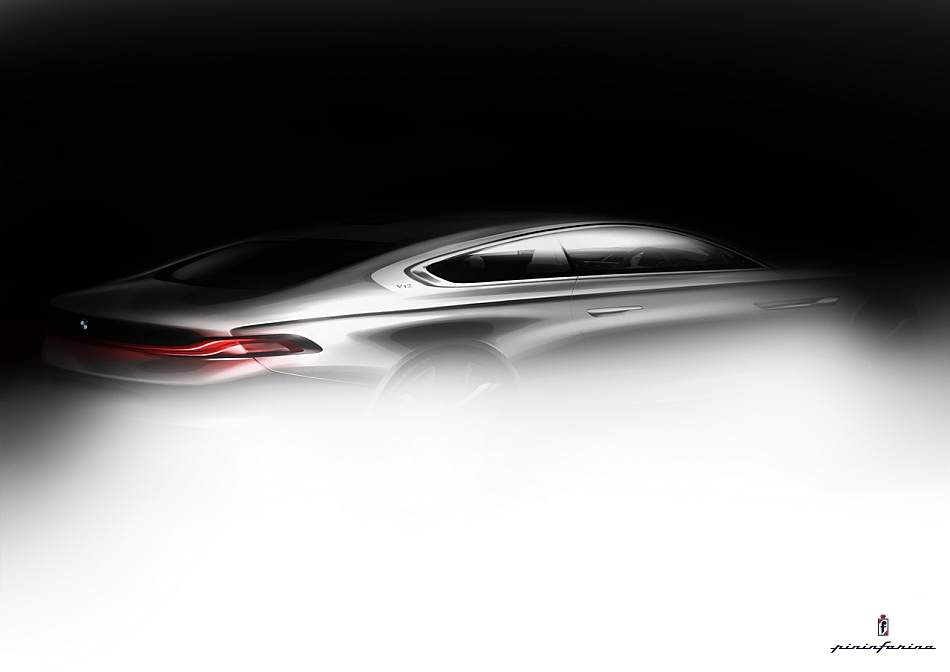 While Mercedes-Benz has been has been soldiering on offering a two-door version of its S-Class flagship, which we’ve all come to know and love as the CL-Class, the rest of the competitive set kind of just let the CL-Class (and soon to be S-Class Coupe once again) be in its own segment.

Yes, you can argue that the BMW 6-Series and the Jaguar XK are competitors to the CL-Class. But in all honesty, they are only competitors because they are the closest damn thing that anyone has to match the gargantuan prestige of the big-bodied two-door Benzito. For illustrative purposes, the last generation BMW 6-Series undercut the current CL’s size by more than 10 inches in length and two inches in height.

Even to this day, with the current BMW 6-Series, which has certainly grown in size, the CL reigns to be larger and more luxurious. Throw in some history, and BMW’s only true and real competitor against the S-Class coupe was the original 8-Series coupe from 1989. But ever since the 8-Series was axed in 1999, a successor has yet to be seen.

But a lot of time has elapsed since then, giving BMW a chance to grow and perhaps consider even making a coupe larger and more luxurious than the famed 6-Series. And in this day and age of sales wars, with the Germans matching nearly every competitive move from each other, it wouldn’t be too far-fetched to consider the possibility of a new 8-Series.

And to give us an idea of what BMW could have in mind—and perhaps to test the waters of interest—BMW and Pininfarina collaborated to create the Gran Lusso Coupe Concept, which they teased over the Internet ahead of its debut at the Concroso d’Eleganza Villa d’Este auto show on the 24th of this month.

The 2013 BMW Pininfarina Gran Lusso Coupe Concept wasn’t explicitly described to be a visionary 8-Series by name, but simply by its described nature does it sound like a potential tip in that direction. This is further substantiated by the description that the Gran Lusso Coupe houses a V12 under its long hood. And the last and only two-door production BMW to house a V12 under its hood was the 8-Series.

Though not much else was described. Either way, it will be interesting to see what the final product is.

Munich. At the Concorso d’Eleganza Villa d’Este 2013, two tradition-steeped car manufacturers – the BMW Group and Pininfarina – will be straddling the automotive past and future as they unveil the result of their debut cooperation to the global public on 24 May: the BMW Pininfarina Gran Lusso Coupé.

Together they have created the embodiment of sheer elegance. The BMW Pininfarina Gran Lusso Coupé is the sequel to a new approach introduced at last year’s Concorso in the shape of the BMW Zagato Coupé. Always in search of opportunities for further development, the BMW Group consciously pursues creative exchange with other design studios. It enables two design approaches to merge into a new and exciting initiative that encourages fresh creative impulses. Thus the close collaboration with the Pininfarina design team has led to a new automotive personality brimming with character and ready to join the high-end luxury class: typically BMW and bearing the refined imprint of Pininfarina. The BMW Pininfarina Gran Lusso Coupé adds a new dimension to the BMW claim to elegance and exclusivity.

This elaborate creation is a one-off that captivates the observer at first glance with its Italian exclusivity and modern finesse. Generous surface design and taut contours highlight an elegant vehicle body, while hallmark BMW proportions – a long wheelbase, stretched bonnet, short overhangs and a set-back greenhouse with smoothly sloping roofline – imbue the BMW Pininfarina Gran Lusso Coupé with authoritative dynamics even before a wheel has been turned. Enhancing the powerful impact of the side profile are convex taperings that add a dynamic elegance. The exterior symbolises the modern harmony between power and elegance encapsulated by the V12 engine under the bonnet.

On the inside, the BMW Gran Lusso Coupé shows this consummate blend of contemporary elegance and luxury. Here the melding of exclusivity, comfort and sportiness makes for a unique interior experience. The fluid underlying geometry of the cabin and the classical BMW driver focus are lent a thoroughly new touch through the influence of Pininfarina.