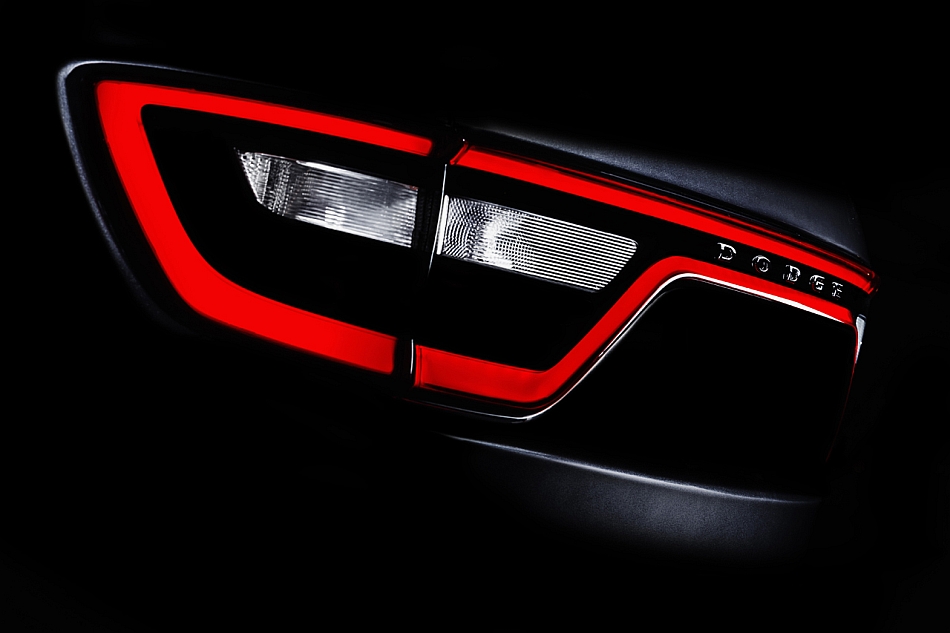 Chrysler has just released a teaser for a newly updated 2014 Dodge Durango, which could be the last ever update for the SUV crossover after reports have said that the Durango will kick the bucket after this generation in 2016. The 2014 Dodge Durango is scheduled for a debut at this year’s New York International Auto Show.

Though as per usual teaser, details were kept to a minimum. A picture was provided, and it shows what appears to be the updated Durango’s taillights, which look to be modeled after the current and latest Charger’s neon full wrap-arounds.

Expect the usual options of either a 3.6L Pentastar V6 or a 5.7L HEMI mated to a ZF eight-speed auto. Additionally, according to a Canadian news report from Driving.ca, the 2014 Dodge Durango will go the way of its cousin, the Jeep Grand Cherokee, and will get Chrysler’s CRD turbocharged diesel V6 for its final run until 2016.

So if you sought for the opportunity to get a diesel-powered Dodge Durango, now is apparently your chance.

October 25, 2011 Omar Rana Comments Off on Consumer Reports: Ford’s reliability has fallen, Chrysler on the rise