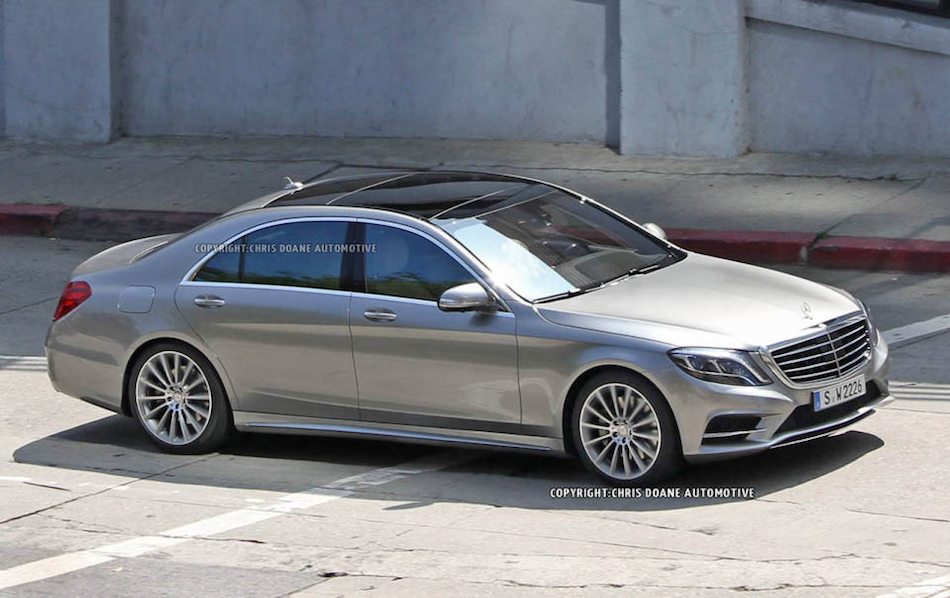 Oh herro der new Mercedes-Benz S-Class, we see you, thanks to some swift photographers at Road & Track magazine. Word is that Germany’s Three-Pointed Star had to drop the camoflauge on their next-generation S-Class sedan, which is due at the Hamburg Auto Show later this year.

As you can see from the photos, the new S-Class visually is far less chiseled than the current W221 S-Class and has a much cleaner design. For instance, the current S-Class’s bulging wheel wells are gone, while the front takes after the recently introduced updated E-Class.

Additionally, Road & Track was able to point out a nice hint within the photos, which happens to lie on the vanity plates. Mercedes-Benz has a history of coding their promotional vehicles specially coded to mean something. In this case, the German license plate reads “S W 2226,” which stands for S-Class, internal chassis code W222, and “6” marking the sixth generation of the S-Class.

Not much else is known, other than the fact that word around the block is this S-Class will truly separate itself from its other competitors with its interior.