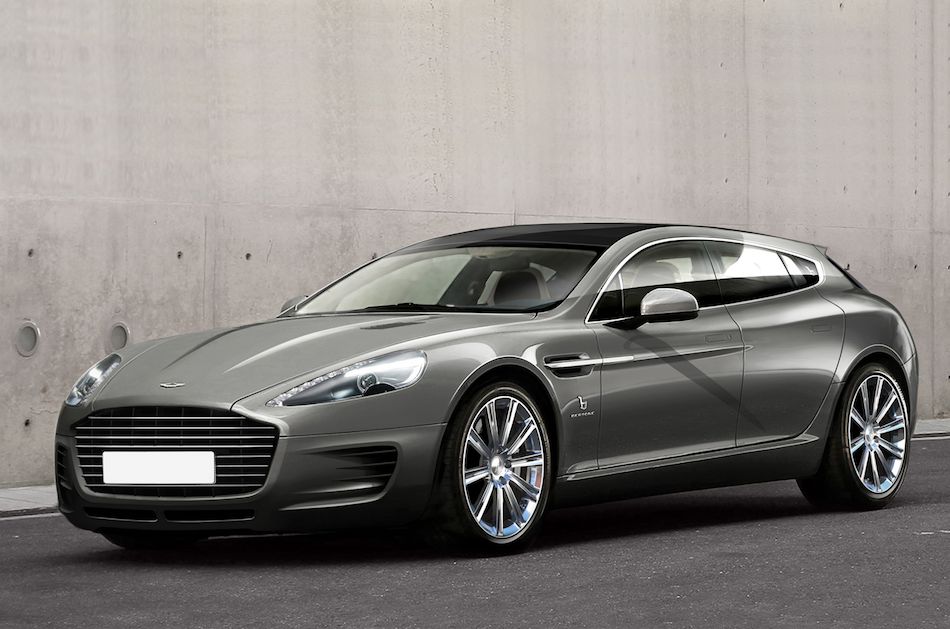 Design firm and coachbuilder Bertone had a presence at this year’s Geneva Auto Show as they debuted their one-off Jet 2+2, which is essence, a “shooting brake” concept of the Aston Martin Rapide luxury super sedan.

The one-off example is a fully functional prototype, complete with the Rapide’s 6.0L V12 good for 476hp. The Bertone Jet 2+2 Concept dons an enlarged rear quarters to allow for greater practicality and usability. You can also say it’s just an Aston Martin Rapide estate.

The interior was also reworked with tons of wood, glazed aluminum, two-tone leather, all of which were chosen for the one customer who asked Bertone to make it.

A dream sports car to celebrate a double historical anniversary. At the International Car
Show of Geneva, Bertone celebrates the Aston Martin centenary and Sixty years of
cooperation between the Italian Company and the prestigious English Brand presenting an
interpretation of the Aston Martin Rapide.

It is a luxurious and refined shooting-brake realized as a one-off vehicle, keeping
unchanged the mechanical engineering of the original model (6 litres V 12 cylinders engine
476 HP), combining a stretched and muscular car body and a functional use of the
hatchback. The Rapide Bertone was commissioned by an Aston Martin collector who took
part in person in the whole development of the project, from the first phases of the style
research to the manufacture of the car in the workshop, choosing the bodywork paint as
well as the leather trimming and the cockpit upholstery.

Close to the Rapide Bertone a new exemplar of the Aston Martin Jet 2 is proposed, once
again a shooting-brake realized in 2004 based on the Vanquish. In this case the exposed
model in Geneva was especially set up for the president of the Company, Mrs Lilli Bertone,
with trimmings personalized by Foglizzo Leather (a prestigious Italian Brand founded in
1921) and special paint.

Both the cars were manufactured by “Bertone Officina” (Bertone Workshop), the new
company department organized as a high fashion atelier, completely designed for the
production of custom-built models coherently integrating in the historical tradition of
Bertone. That means a “tailor made” service for special customers, but also an example of
how Bertone could help the manufacturers to vary their own range making “custom-built”
cars, exactly as they made in the Fifties and Sixties, with all the standards of quality and
safety of a modern car manufacturer.

The starting point of style definition was the celebration of the identity of Aston Martin
brand through Bertone’s interpretation. The car body, originated by stretched and
muscular lines, suggesting its propensity to jerk, explores with smart dynamism the
expressive potential of the original model.

The idea of the movement is evoked by the back pillar bent forward, welded to the
powerful muscle of the back wheel arch, in order to transmit the optical perception of
speed, typical of a stretching musculature. The high and enveloping tail volume is
characterized by two horizontal optical groups and the wide hatchback.
The cockpit presents a 2+2 configuration, with four single chairs.

The use flexibility typical of the shooting-brake is also expressed through personalized
furniture solutions, like two foldable back seats. An electrical controlled double sliding
bottom covers the two seatbacks, when they are folded up, making available a completely
plain load van with exceptional capacity.

The wood upholsteries, refined with glazed aluminium, with precious two-coloured leather
trimming, were chosen by the customer, who found in Bertone the historical atmosphere of
great Italian car body designers, with the exclusive pleasure to get a custom-tailored car
just like a good dressmaking clothe.

The cooperation between Bertone and Aston Martin is Sixty years old. Indeed it is 1953
the year of birth of two one-off vehicles manufactured on the base of Aston Martin
mechanical engineering DB2/4: a small boat type competition and a 2+2 smart cabriolet.
With the years passing by, the DB2/4 small boat highlights some stylistic features that
would have become “classical” of Bertone: low and thin windscreen, showy air intake on
the engine bonnet, horizontal calender, back mudguards very enveloping and stretched to
give impetus to the back volume.

BD2/4 Cabriolet shows a formal work very sober. The facade is completely structured
around the big chrome-plated Aston Martin calander, that includes two additional
headlights. Like on the Small Boat, the engine bonnet is moved by a long air intake. The
side sight offers a smooth and measured side, defined by a long front bonnet and by a
picked-up and muscular tail, tapered off downward.

In 1955 once again is the DB2/4 mechanical engineering that inspires Bertone for a “pure”
two-seat roadster of great formal elegance. The treatment of the volumes has become
softer and more fluid. The air intake on the engine bonnet has disappeared in favour of a
higher and showier calender. The back volume is characterised by the “fins” overcoming
the mudguards. In a bodywork so much classic, in a surprizing way is inserted a
panoramic “American shape” windscreen, as a gift by the fashion of that time.

In 1961 was born a 2+2 coupé still living today that is considered one between the most
successful creations of Bertone: DB4 GT (realized in only one model, this car won the Villa
d’Este Elegance Competition in 2001) presented with the name of Jet at the Geneva Show
in 1961. With Aston Martin Jet the theme of gran turismo is developed according to stylist
canons that at that time excite astonishment and admiration. The car shows a sinuous and
fluid side, connected to the tail volume by a stretch “muscle” on the back wheel arch. The
thin roof, leant with delicacy to the back pillar, defines a picked-up and bright cockpit like
the airplane cockpit. For lots of years, Aston Martin Bertone Jet has been the icon of the
Italian sport coupé.

In 2004, at the International Car Show of Geneva, Aston Martin Jet 2 is presented.
Realized as one-off based on the Vanquish mechanical engineering, Jet 2 regains the
engine, the loading platform planning (the step lengthened of 210 mm allowed getting two
back seats not foreseen by the original model) and all the elements of body “under leather”
not to change the elements submitted to validation. With Aston Martin Jet 2, Bertone
propose again in modern terms, a product linked to historical tradition of Italian car body
designers that, above all in the Fifties and Sixties, dressed with “haute couture” the most
fascinating sports cars. 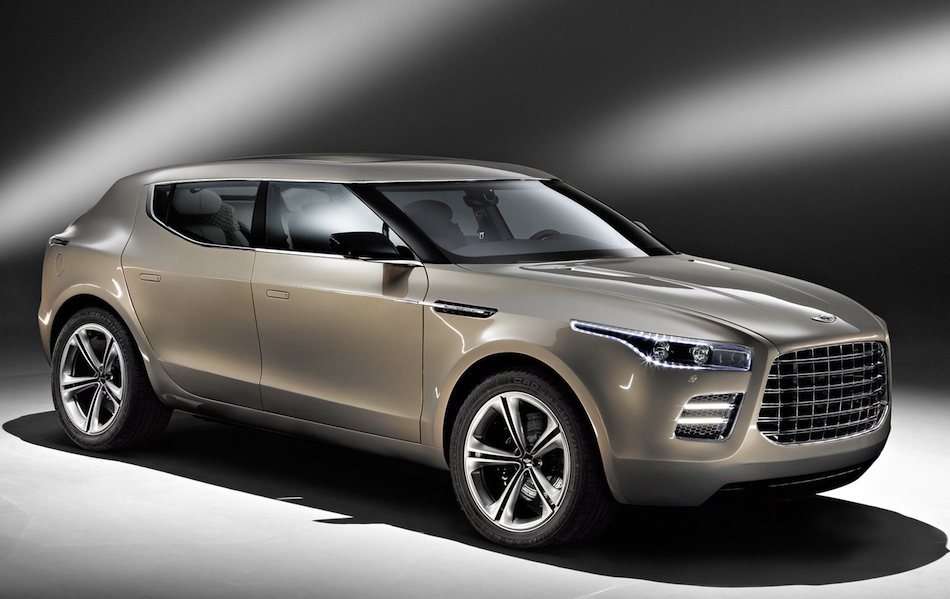