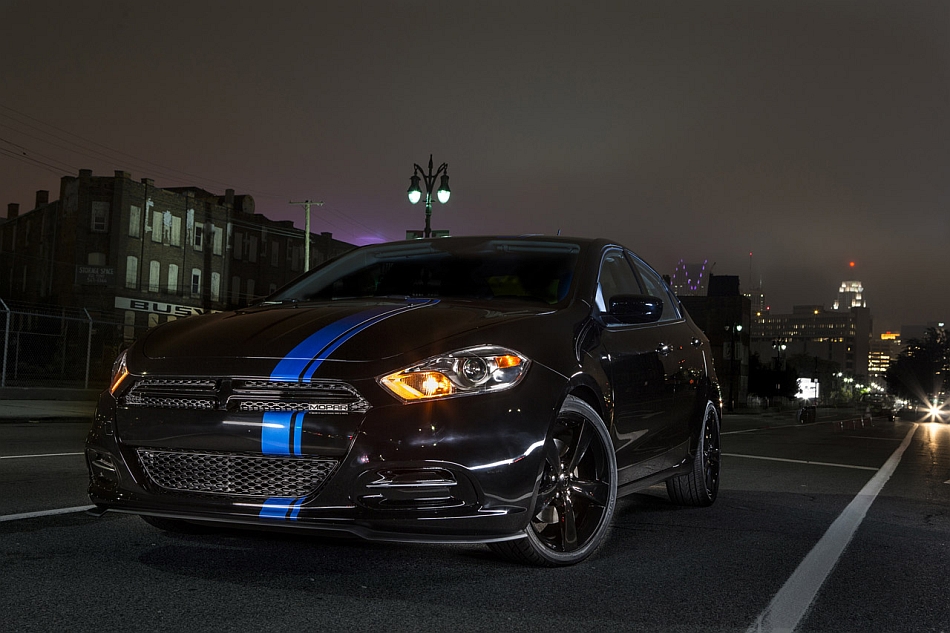 Remember that Mopar teaser from a few short days ago? Well, Chrysler’s in-house tuning division has decided to spill the beans on the new model. The result, as we predicted, a new tricked out Mopar Dodge Dart. And it seems Chrysler seeks to recreate tradition with these Mopar cars. The first was in 2010 with the Mopar Dodge Challenger. In 2011, the Mopar Dodge Charger came out and last year, we had the Mopar Chrysler 300.

To name a few, there are gloss-black 18-inch kickers complete with sporty low profile performance tires, a gloss black paint job complete with a more aggressive body kit, blue striping to signify Mopar’s official colors, and of course, more gloss black. The unique coloring continues inside with the leather seats and blue accent stitching, and much more. But the Mopar Dart is more than just visual.

The Dart’s 1.4L MultiAir turbocharged four-pot, which was lifted from the current Fiat 500 Abarth, is paired with a manual in the Dart. Even the brakes received a sweet slotted rotor upgrade, a steering recalibration, a modified and lowered suspension, and freer flowing exhaust.

Building on the success of the Mopar ’10 Challenger, Mopar ’11 Charger and the Mopar ’12 300, the limited-edition Mopar ’13 Dart will be built and customized with Mopar performance parts and accessories. Production for a limited run of 500 units will begin this spring at the company’s assembly plant in Belvidere, Ill.

“Our new Mopar ’13 Dart will turn heads and stand out from the crowd,” said Pietro Gorlier, President and CEO of Mopar, Chrysler Group’s service, parts and customer-care brand. “For this special, limited- edition vehicle, we specifically kept the driver in mind as we added select Mopar parts and accessories.”

Inspired by the tuner scene, the Mopar ’13 Dart is designed for driving enthusiasts. Powered by a 1.4- liter MultiAir® intercooled turbo engine with a manual transmission, the Mopar ’13 sports a gloss-black finish with a pair of car-length Mopar Blue stripes, which mirror each of the three previous Mopar- themed models.

For enhanced handling, upgrades include a performance steering-gear calibration, a 7 millimeter- lowered suspension and low-profile 40 aspect performance tires (225/40R18). From the racing scene, Mopar added a premium brake kit with slotted rotors. Engine breathing is enhanced with a performance-tuned exhaust and to further optimize aerodynamics and increase downforce, the custom Dart features Mopar’s ground-effects kit, which includes a front-chin spoiler, one-piece deck-lid spoiler, as well as a unique and aggressively styled rear diffuser.

Unique exterior elements include a Mopar badge in the crosshair grille and gloss-black 18-inch wheels with a Mopar logo on the wheel center caps. The vehicle’s unique interior, featuring a serialized plate, gives the driver a custom Mopar Blue leather seat with black accents. To keep the emphasis on the driver, the driver seat is Mopar Blue while all other seats are black with blue accent stitching. The centerpiece of the interior is a floating island bezel that is accented with Mopar Blue paint and lighting. The interior is further enhanced with rich details, including Mopar Blue accent thread, as well as light- black chrome and gloss-black elements.

The limited-edition Mopar ’13 Dart will be delivered to each customer with a personalized owner kit. Assembled in a custom-made black case, contents include a personalized plate with vehicle specifications, the date of manufacture and the unique identification number (of 500) of the vehicle. Along with a Mopar ’13 brochure and other memorabilia, the kit will include a limited-edition sketch of the vehicle signed by Mark Trostle, Chrysler Group Chief Designer for the Mopar Brand.

More than 75 Years of Mopar
Mopar (a simple contraction of the words MOtor and PARts) was trademarked for antifreeze product in 1937. The Mopar brand made its mark in the 1960s – the muscle-car era. The Chrysler Corporation built race-ready Dodge and Plymouth “package cars” equipped with special high-performance parts. Mopar carried a line of “special parts” for super-stock drag racers and developed its racing parts division called Mopar Performance Parts to enhance speed and handling for both road and racing use. The brand has expanded to include technical service and customer support. 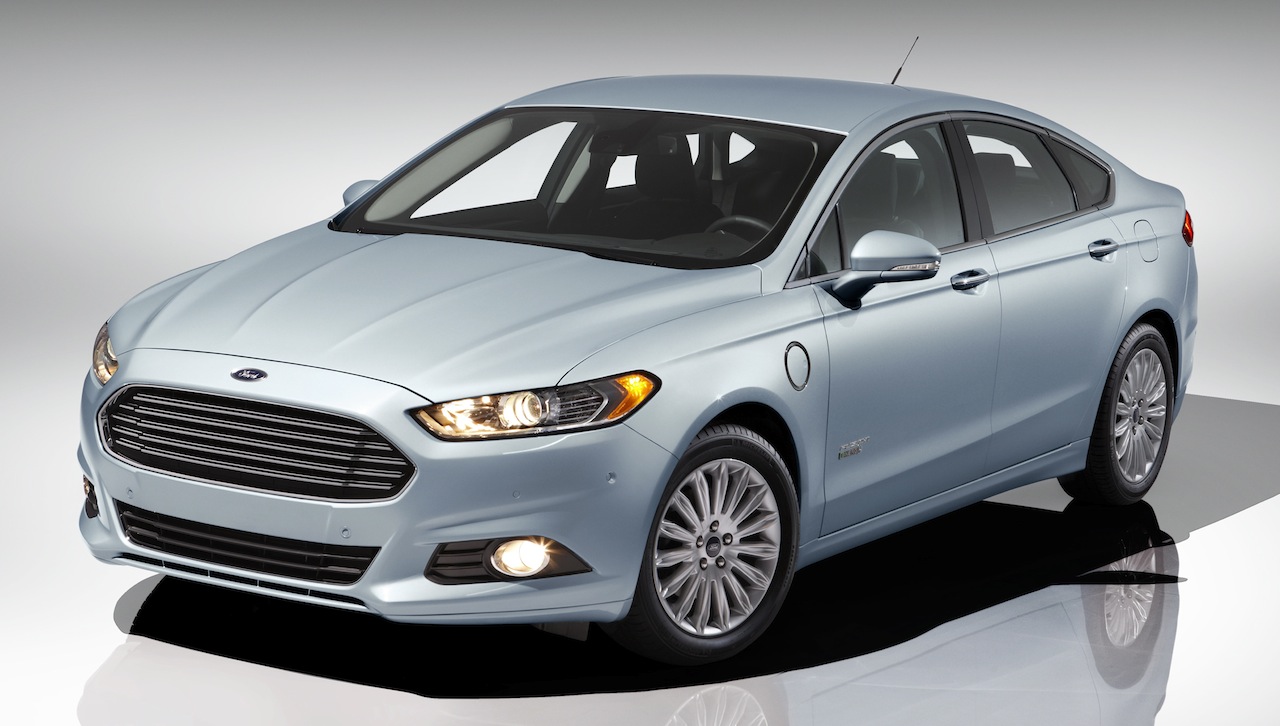 Take a look at the new Hyundai Accent: 2010 Verna unveiled in Korea