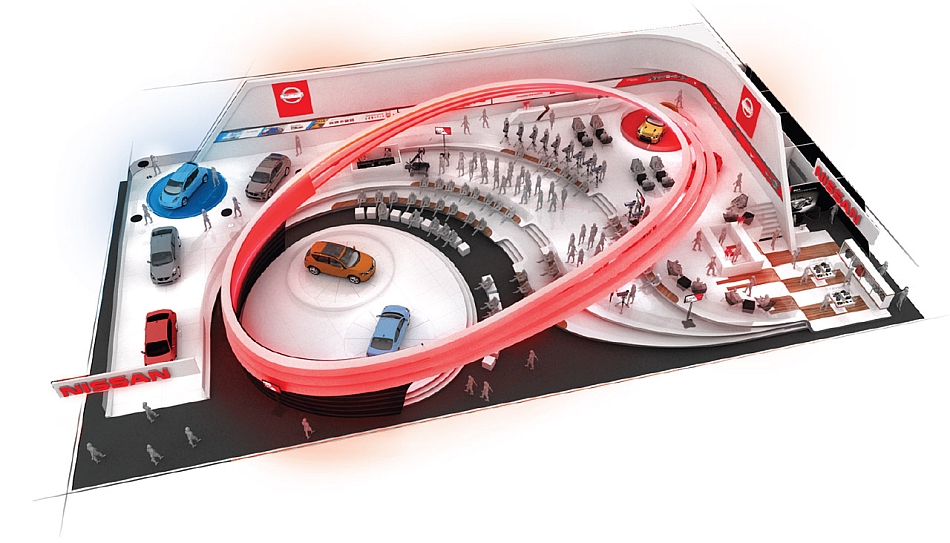 For those unfortunate souls unable to attend this year’s Detroit Auto Show, have no worry. Besides our impending coverage of the North American International Auto Show, Nissan themselves have decided to tease us as to what to expect at their exhibit this year. And it looks to be quite exciting—something that would even appear to fit well at Ferrari World in Abu Dubai.

The exhibit is roughly 150 sq. ft. long by 45 sq. ft. wide, with a crafty halo that casts itself over the stage, which hosts two rotating raised stage platforms. Expect a huge array of neat lighting and special effects, including a wicked high-definition LED display, an XBox Kinect system designed to communicate with visitors, and an interactive “Innovation Wall.”

Be sure to check out our coverage of Nissan’s display at this year’s Detroit Auto Show. For full details by Nissan, check out the press release after the jump.

The new exhibit features a 150 ft. long/45 sq. ft. wide halo that appears to float over the dual-turntable stage. The “hovering” set piece is supported on one side by a cantilever built directly into the back wall portion of the display, which includes an integrated, high-definition LED display. Lighting effects on the halo emphasize the energy and excitement of the show space and products below. An interactive “Innovation Wall,” powered by Xbox Kinect™ technology, communicates Nissan’s brand story to visitors.

The new Nissan exhibit is designed to interact not only with the senses of sight and sound, but also touch and smell. As is tradition in luxury hotels and retailers, which pipe pleasing music and fragrance into their lobby and common spaces, the Nissan display features its own special scents and sounds, carefully choreographed to create a complete experience for visitors. A distinctive fragrance will be periodically released into the display area and the mood-setting background music will change with a subtly different vibe and energy for morning, mid-day and evening.

The Innovation Wall features six interactive screens incorporated into a graphic band that runs the entire length of the display’s back wall. These interactive screens give consumers a more accessible, hands-on view of the brand than traditional, physical auto show displays.

The new Nissan exhibit will be featured at 10 other global auto shows throughout 2013. Key to this new style of exhibit is its collection of iconic elements, such as the “halo,” that will carry onto each motor show, customizable to each venue’s space and particular demands.

While the exhibit and technical innovations are draws, the stars of the new multi-tiered display at Detroit will be the various Nissan models on display, including two headliners – a concept vehicle that makes its global debut on Tuesday, Jan. 15 during the press preview and an all-new subcompact hatchback. These debuting models will join the display of Nissan’s top sellers, such as the all-new 2013 Altima and Sentra sedans, the redesigned Pathfinder crossover, the updated 2013 Nissan LEAF, and a one-off special edition gold Nissan GT-R, which honors Nissan’s ongoing relationship with Olympic champion Usain Bolt, the world’s fastest man. 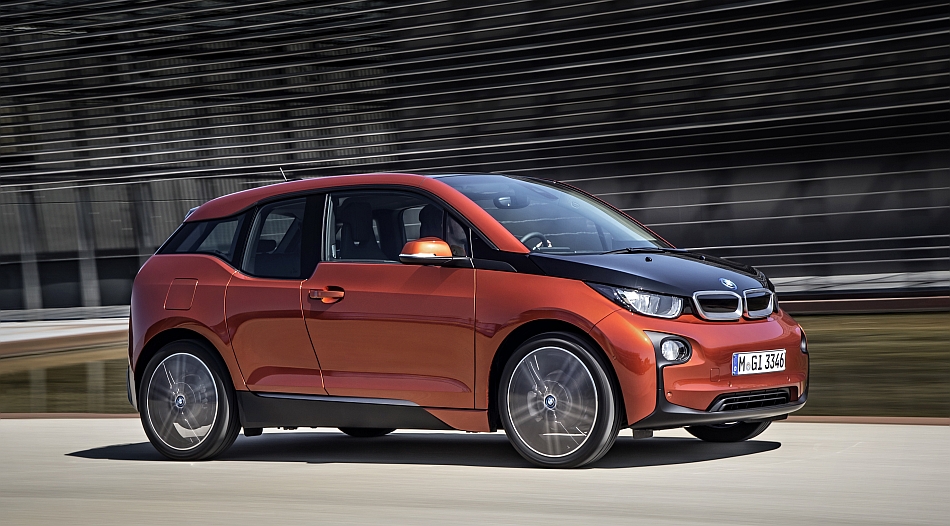 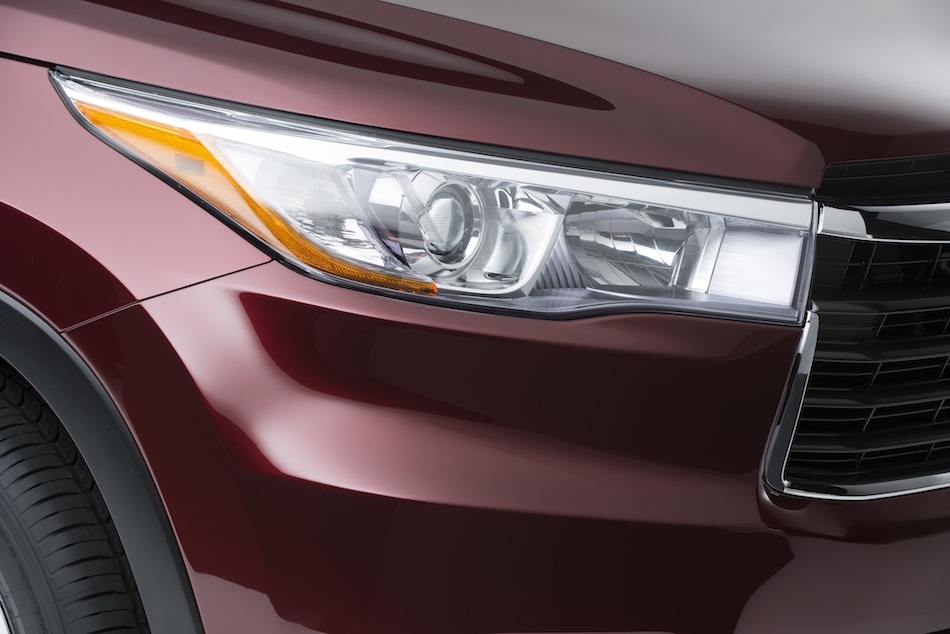