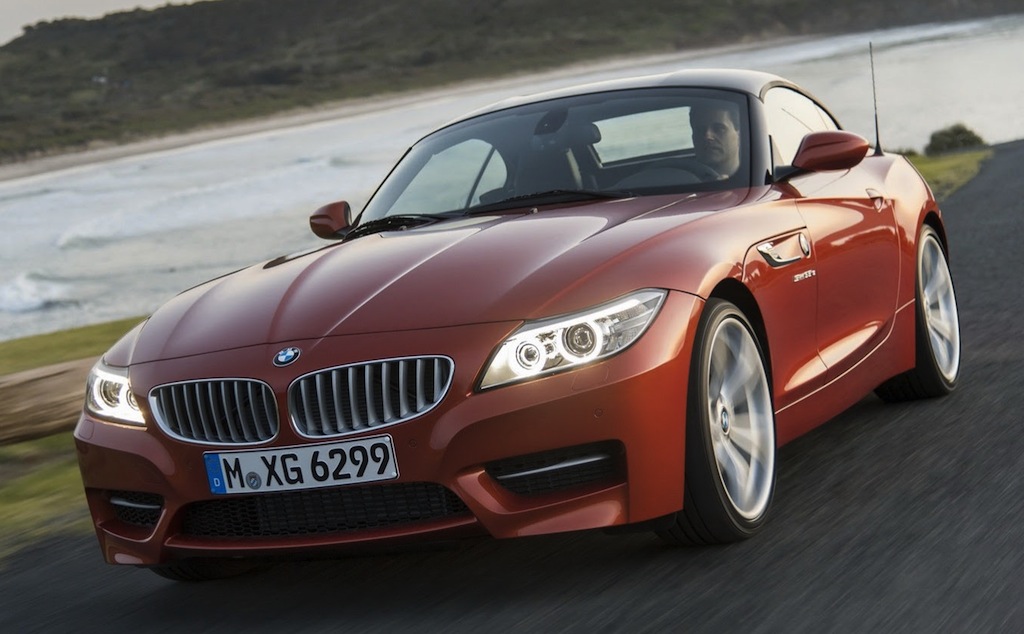 Ladies and gentlemen – look a little closer and you’ll see the 2014 BMW Z4 Roadster, an updated version to the classic BMW that will be shown at the 2013 Detroit Auto Show and will go on sale in BMW showrooms starting spring 2012.

While it is a little difficult to see the subtle changes, fans and current owners of the BMW Z4 will have no problem pointing them out. Besides a range of 11 exterior colors, a slightly upgraded interior, the 2014 BMW Z4 gets an optional M Sport Package, which adds an adaptive M suspension, 18-inch M light-alloy wheels and an M aerodynamics package with large air intakes in the front wing and a rear bumper inlay painted Anthracite metallic and some nice interior touches. BMW says that the the new Z4 sDrive35is comes with a model-specific version of the M Sport package.

The top on the 2014 BMW Z4 can be dropped with a touch of a button while the car is traveling 25 mph. The whole converting process takes 19 seconds.