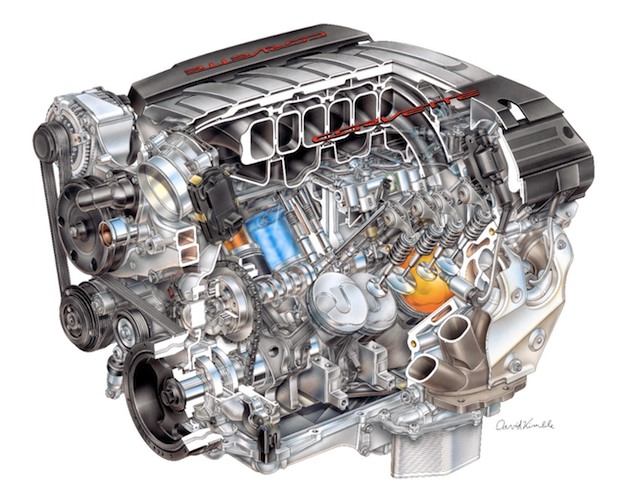 GM today released details on its new 6.2 liter V8 engine that will power the 2014 Chevrolet Corvette, which will hit showrooms late next year.

Chevy says that the new Chevrolet Corvette LT1 6.2 liter V8 will produce an estimated 450-hp and 450 lb-ft of torque. That will allow the new ‘Vette to go from 0 to 60 mph in less than 4 seconds.

“Our objective for the development of the all-new LT1 was to raise the bar for performance car engines,” said Mary Barra, senior vice president, global product development. “We feel that we have achieved that by delivering a true technological masterpiece that seamlessly integrates a suite of advanced technologies that can only be found on a handful of engines in the world. What makes this engine truly special is the advanced combustion system that extracts the full potential of these technologies. The art and science behind that combustion system make the Corvette LT1 one of the most advanced V-8 engines in the world”

Output, performance, and fuel economy numbers will not be finalized until early next year, but the new LT1 engine is estimated to deliver:

Increased power and fuel-efficiency gains were made possible by direct-injection, a computational fluid dynamics, to optimize the combustion system, an upgraded variable valve timing system and Active Fuel Management (AFM) – a first-ever application on Corvette – which saves fuel by shutting down half of the engine’s cylinders in light-load driving. 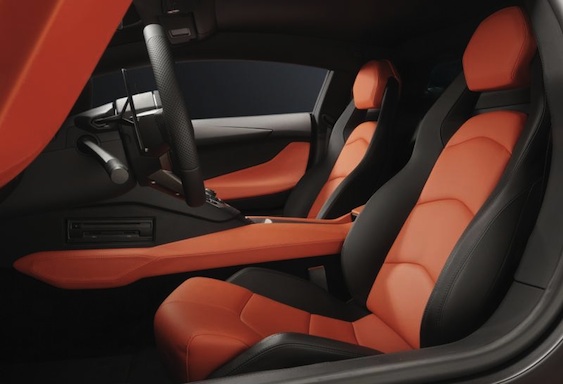