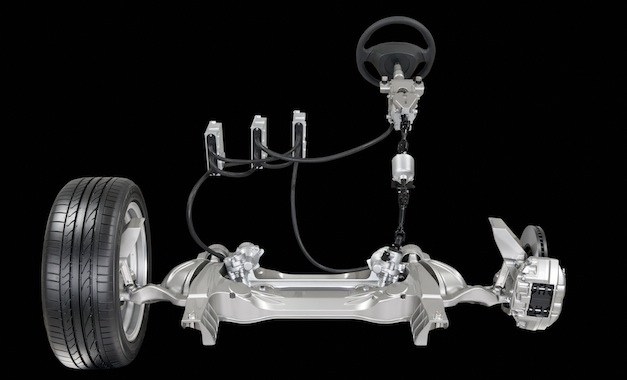 “This next-generation steering technology was developed by Nissan,” the automaker said in a statement. “A conventional steering system directs tire movements by transmitting steering inputs to the tires via a mechanical link. Nissan’s next-generation steering technology reads the driver’s intentions from steering inputs and controls the vehicle’s tire movements via electronic signals. This transmits the driver’s intentions to the wheels even faster than a mechanical system and increases the direct driving performance feel by quickly and intelligently communicating road surface feedback to the driver.”

So what does all this do? Basically the system controls the vehicle from unnecessary disturbances to provide the driver with the necessary performance feel

As an example provided by Nissan – “Even on a road surface with minor ridges or furrows, the driver no longer has to grip the steering wheel tightly and make detailed adjustments, so traveling on the intended path becomes easier.”

The new tech will be making it into select Infiniti models on sale within one year to provide “Driving as Intended” and “Driving with Peace of Mind” for owners.

Hyundai prices Blue Link packages, Sonata to get it first