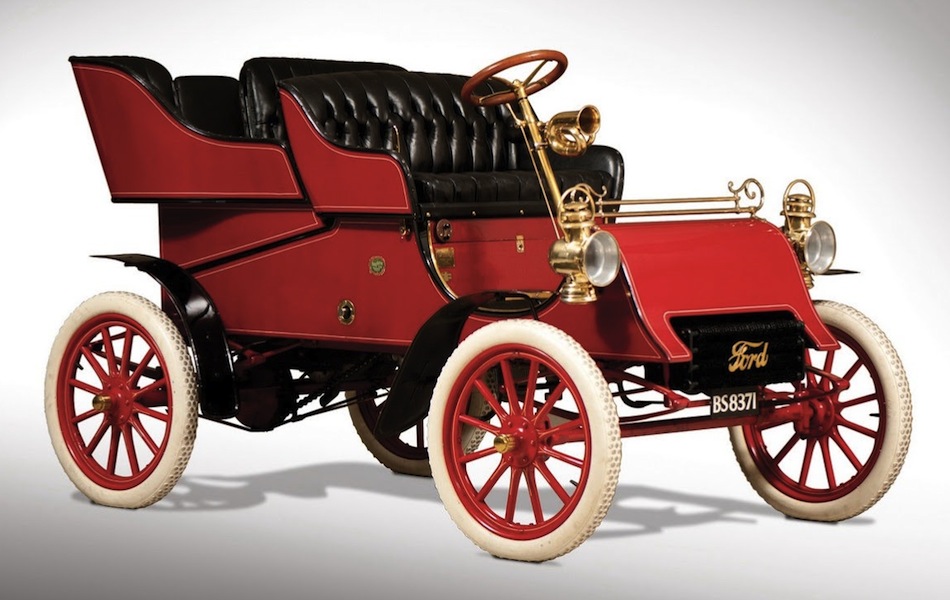 RM Auctions auctioned off a very special vehicle yesterday at the Antique Automobile Club of America event in Hersey with the Ford Model A.

While the Model T broke ground with the assembly line, making mass production possible, the Model A was brought to life in a single assembly room at the Mack Avenue plant. Only three Model A’s were ever made, with the first three orders placed on July 13th, 1903. The purchasers were Herbert L. McNary, Dr. E Pffening and Indiana Automobile Company.

Each of the models that were created were given a chassis number, however none were numbered sequentially, so while chassis Number 30 is the 109 year old model that McNary just purchased, no one knows if it was the first, second or third built.

Chassis number 30 comes with a tonneau body, an 8hp 100cu. two-cylinder motor (which was rebuilt in 2007), original features including the number 30 stamped coil box and the Kingston carburetor. It originally sold for $880 base MRSP with an extra $30 in options.

Only five people have owned the model, which is the only one of the original three that remain. It is expected to go for somewhere between $300,000 and $500,000.

February 15, 2010 Omar Rana Comments Off on Eight ‘Naomi for Haiti’ Lotus Evoras to be auctioned off to help Haiti

January 9, 2009 Omar Rana Comments Off on 50th Anniversary Hurst/Viper SERIAL #01 to be auctioned off at Barrett-Jackson