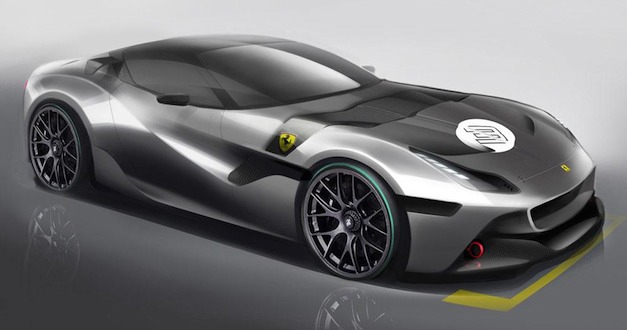 Ferrari Magazine has dropped a photo of a new one-off model that it is building for successful petrochemical businessman Cheerag Arya.

Arya allegedly fell in love with Ferrari after seeing a South American football player with a Ferrari F40 in a magazine. His collection now expands to the F430 Scuderia, an Enzo, a Daytona, a 599XX, a 599 GTO, an SA Aperta and an F40.

Arya has now approached Ferrari to build him a one-off model in the same fashion as the P540 Superfast Aperta and Eric Clapton’s SP12 EC.

The unnamed model is based on a Ferrari 599 GTO and keeps much of the original running components. Before Arya chose the design pictured above, a total of 12 designs were presented to him.

“It’s not a recreation of a previous model,” Arya said. “The car has a bit of everything in it, both old school and new. Once it’s done, I’ll keep it in Dubai, but will take it to Europe every summer. I won’t be showing it to the world, as it’s a personal thing to me.”