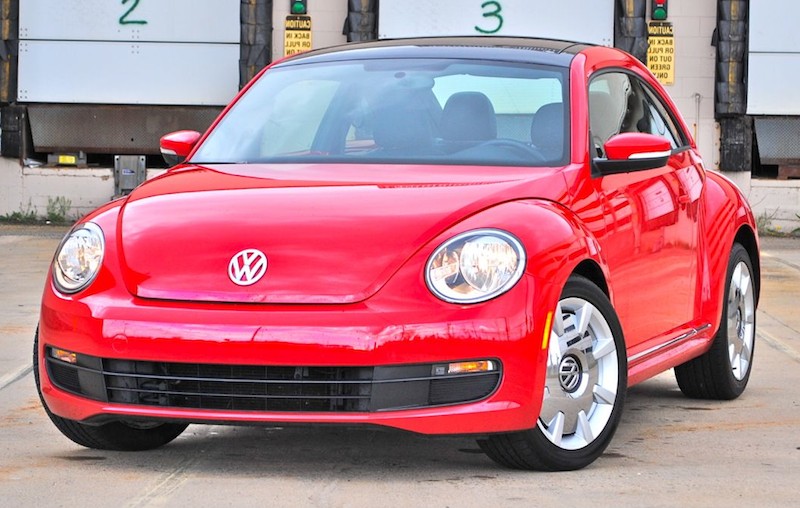 When Volkswagen finally set out to redesign the Beetle for 2012, one of the key points the automaker set out to hit, in the interest of expanding the model’s market, was to grab the attention of more men. The German automaker packed in plenty of style, power and awesome options like a Fender sound system, but is it enough to make guys raise a brow? Since the model is fairly new, I’ll go ahead and cast any data or lack thereof aside and give you the low down based our staff’s collective experiences.

All but one of our staffers felt that the model had achieved a more androgynous appeal before we got on the road. So with everyone firm in their stances, we hit the streets of Manhattan in our hot red press car. A handful of blocks and several avenues later the outcome was clear: Volkswagen had achieved their goal. Not only were both men and women giving waves and thumbs up, but it also appeared that more men then women were checking the new Beetle out. As the week rolled on, time and again, we had the same outcome. Now that we’ve cleared that up, lets take a look at exactly what it is that makes the 2012 Volkswagen Beetle so charming. 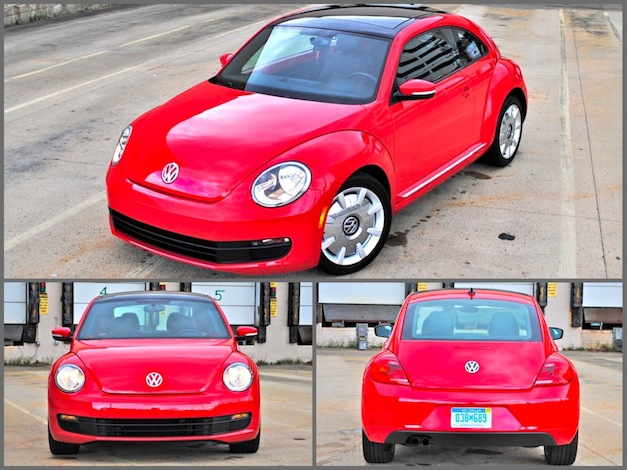 As we already know, Volkswagen was looking to break out of its mold a bit with this overhaul, so it was not only much needed, but fairly dramatic. The automaker took a more aggressive approach with the model’s exterior giving it a sportier set of fenders and a black grille. The roofline went from bubble-like to having a sleek, sloping line, with a tightly angled windshield. Around the rear, VW gave the model a fresh set of taillights to pair with the more pronounced styling of the bumper, helping it blend seamlessly into the rear fenders. One aspect of the interior Volkswagen actually went back in time for is the Beetle’s wheel design, giving the model a more modern chrome version of those from earlier days. This generation sacrificed a touch of the quirk and friendliness of its predecessors, but in its place it gained an overall modern edge. 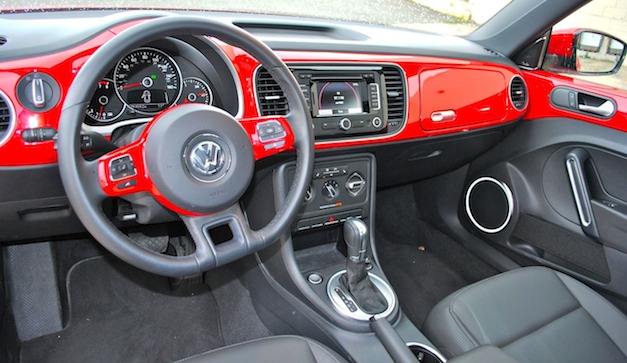 What you will find is another nod to the model’s early days with body colored panels and uber retro details like the storage compartment placed in the dash. To balance out the element of homage, Volkswagen offers up plenty of technology for the interior, with an available touch-screen navigation and infotainment system. The system’s display is a bit on the small side and slightly tricky to manage, but it is still better then expected for the price point.

The model comes standard with an impressive power sliding panoramic sunroof, chrome trim for the running boards, leather wrapped steering wheel, heated front seats and Bluetooth connectivity. The variant we tested came equipped with a Fender sound system that proved to be worth every extra penny its price tag calls for.

Given the Volkswagen Beetle’s iconic status and highly distinctive design, much of the attention it gets is based on just that. There is more then what meets the eye here, however. Traditionally, these cars were not known for power, but in fact, the simplicity of the rear-mounted engine’s design.Volkswagen changed that in more recent years, and this generation is no exception. The driving experience is comparable to that of a Jetta. It handles, rides and drives with the same stability and power you would expect from any other of the German automaker’s models.

We had the pleasure of testing the 2.0-liter 5 pot that makes 170-hp and 177lb-ft of torque, and after personally just getting out of a Jetta 2.5 SE I can honestly say it measures up. While the handling is not quite as balanced, it is still certainly close enough given the car’s design and weight.

The engine was mated, unfortunately, to a 6-speed automatic transmission with tiptronic sport mode, and even though the manual gearbox and clutch were missing, the sport mode still provided an enjoyable driving experience.

0 to 60 mph takes a long 8 seconds with a top speed of 118 mph. Fuel-economy wise, the Volkswagen Beetle average 22 mpg city and 31 mpg highway. 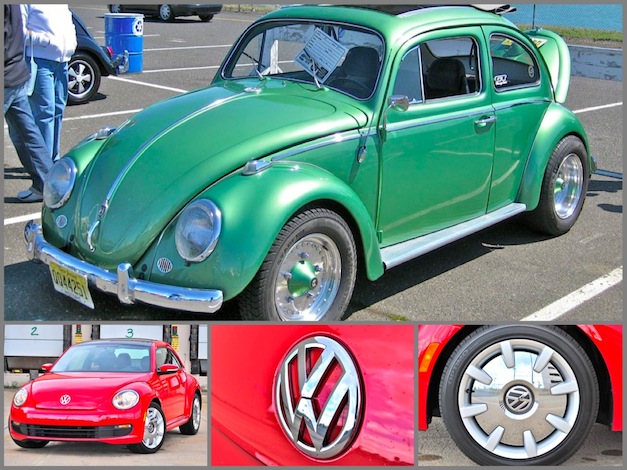 In summary, apart from the gender appeal debate, this model ironically has traditionalists buzzing more then ever, even though VW was looking to expand outside of its enthusiast niche. Take one VW enthusiast, singer/songwriter Darren DeMarco for example. Himself and many of his close friends that share the interest got the opportunity to check out the new Beetle, and the consensus was that it represented the original very well, maintaining the essence of the classic model with the modern updates that one would expect so many decades later. This is a solid effort on Volkswagen’s part, and although this kind of car is not for everyone, it’s definitely worth a look… and a drive.