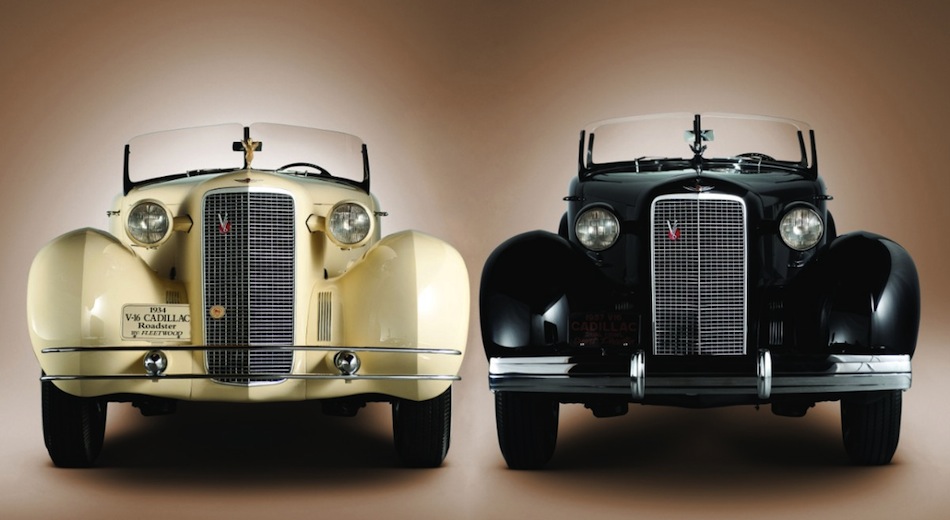 At the annual Pebble Beach Concours d’Elegance in Carmel, Calif., this week, Cadillac will be showing a pair of one-of-a-kind Fleetwood V16s that were available but never ordered by customers during the Great Depression. Why? Because they were super expensive (for that time).

“A 1934 rumbleseat roadster model 5802 and a 1937 Phaeton model 5859 were part of Cadillac’s made-to-order Fleetwood collection, featured in the “build books” that customers used to select options for their cars,” Cadillac said in a statement, “All other body styles were built for customers, but these two lavish models went unselected.”

A couple of decades later restorer and coachbuilder Fran Roxas built the Phaeton 5859 and Roadster 5802 from scratch.

The models were rarely ever seen together until being profiled in a recent Hemmings Classic Car article.