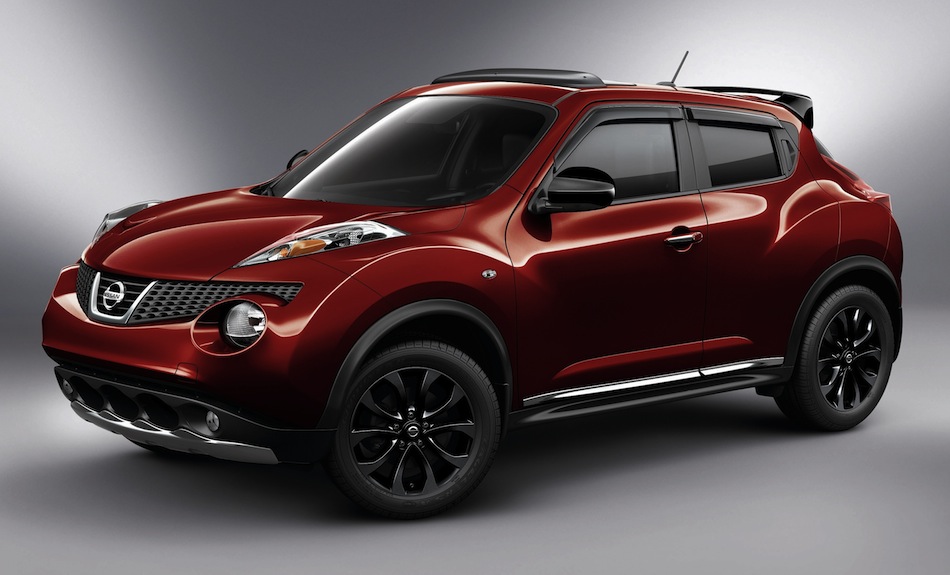 Nissan has revealed an update to its Juke SUV for the 2013 model year. Power continues to come from a potent 1.6 liter 4-cylinder turbo engine making 188-hp with a peak torque of 177 lb-ft but for 2013, Nissan is offering that power with a little stealthy appearance with a new accessory package called the JUKE Midnight Edition.

“The Midnight Edition JUKE stands out by its subtlety,” said Al Castignetti, vice president and general manager, Nissan Division, Nissan North America, Inc. “The combination of black-on-black-on-black wheels, spoiler and mirrors gives JUKE a dramatic new look, which we think enhances its already bold styling. We expect it to be a very popular addition to the JUKE lineup for 2013.”

The Midnight Edition Juke package is available at an MSRP of $1,200 over the cost of the SUV itself.

Other enhancements to the 2013 JUKE include a RearView Monitor to the Navigation Package on SV models, a revised Rockford Fosgate ecoPUNCH audio system added to the SV Navigation Package, and three new colors that include Atomic Gold, Brilliant Silver and Pearl White. 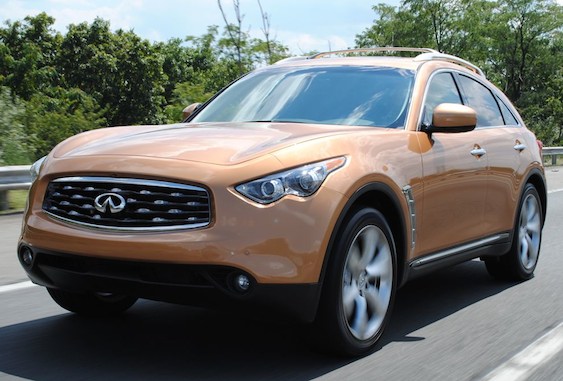 Review: 2010 Infiniti FX is a luxurious sporty crossover, with lots of gadgetry

October 19, 2010 Omar Rana Comments Off on Review: 2010 Infiniti FX is a luxurious sporty crossover, with lots of gadgetry