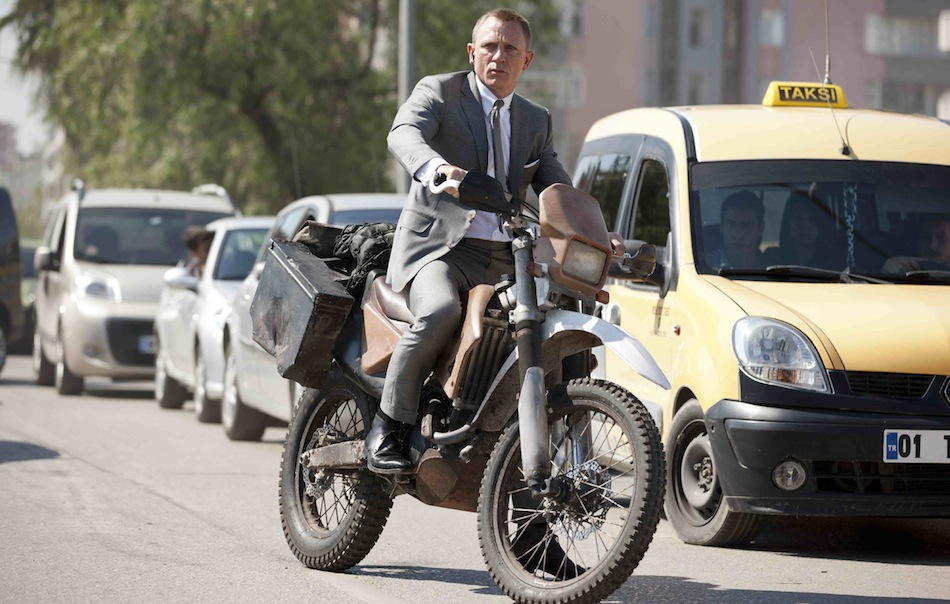 Honda has crafted twenty custom CRF250R motorcycles for the upcoming James Bond film, Skyfall, as the automaker announced the partnership yesterday with the film. In addition to the CRF250R models, two CRF450R models were selected for HD filming, as well.

The bikes will appear as vehicles for both the main character, James Bond, played by Daniel Craig, and one will be a Turkish police bike, ridden by Patrice, played by Ola Rapace, the henchman, in addition to other characters.

Stunt Co-ordinator for Skyfall, Gary Powell, commented, “We needed a highly versatile and quality off-road motorbike that could be easily modified, without compromising performance or safety, for the opening sequence of Skyfall. Honda’s CRFs are probably the best off-roaders out there so it’s great that we’ve been able to partner with Honda as the bikes, whilst heavily modified, were superb to work with.”