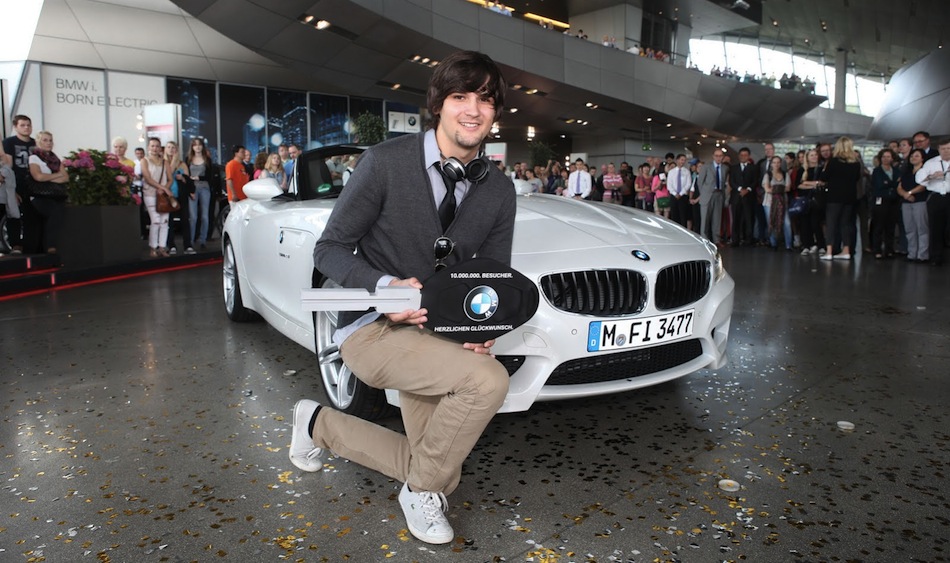 BMW opened the doors to its BMW Welt exhibition center in Munich, Germany back in 2007, and while the center hasn’t even been open for five years yet, it has already seen its 10 millionth visitor.

Patrick Zanker was the lucky number 10 million and was greeted by the head of the BMW Welt and brand ambassador Thomas Muderlak. If that wasn’t grand enough, His Royal Highness the Prince of Bavaria joined Muderlak in greeting Zanker, handing over the keys to a Z4 hardtop roadster for him to ride around in for the proceeding 10 week stretch.

“Ten million enthusiastic BMW fans in just under five years certainy confirms that our varied programme and our building’s fascinating architecture make the BMW Welt a place for extraordinary experiences,” says Muderiak. “Over the coming years, we will continue to do everything in our power to offer a one-of-a-kind brand experience for young and old alike.”

The Welt was already a record-holder a year ago, with 2.3 million visitors coming from all over the globe, although most local Germans. The U.S. and the U.K. are the most frequent visitors.

So far, BMW has delivered over 76.000 vehicles at the facility as well, as one of the features there is that fans can take delivery, and we’re certain they will be taking more, soon.

NJ lawmakers to slow drivers: Speed up or pay up