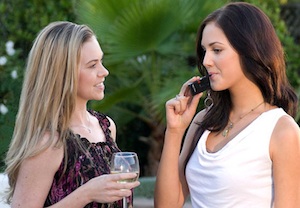 A sum of $5 million has been included in a long-term bill for transportation funding for the purpose of researching technology to be implemented in vehicles would detects a driver’s blood alcohol levels.

The funds, to be disbursed over a two-year period, have sparked a bit of controversy, with a group that represents the restaurant industry commenting that it “uses American taxpayer dollars to fund something they’re not going to want in their cars.”

Sarah Longwell, managing director of the American Beverage Institute (ABI) also adds, “Spending lots of taxpayer dollars to develop alcohol-sending technology that cam come as standard equipment in all cars is a misuse of these funds.” She continues “Our main complaint is that (the in-car systems) will not be set at .08%, (the legal limit nationwide). It will have to be set lower, because after five drinks, your BAC level is not .08 right away. It will increase while you’re driving. The vehicle can’t just shut down mid-trip. So, for legal and liability reasons, it will have to be set below .08. We believe they will set it around .02 or .03.” The cause for concern here is that social drinking will meet its demise with the implementation of this type of equipment.

Wade Newton, DADSS spokesman, denies that it would be the case, and that “.08 is the legal limit. That’s what the devices will be set at.”

He also notes that “We’re still looking at how to check for a situation where the driver starts exceeding the legal limit once the vehicle is in motion, and also what to do with the vehicle.” In addition, he mentions that they are unsure if it is even entirely possible to develop something like this that would prove effective. The research being conducted is going to delve deeper into things like “tissue spectrometry” that would work with sensors in steering wheels or gearshifts or “distant spectrometry” that would sense a driver’s breath in the cabin.

Newton says that the technology is pretty far off, still, however, and that it would take at least two years for a test vehicle alone to be developed, and another ten before it would even become an option in cars.

While this may be the case, Longwell of the ABI brings up a point on the other end of the argument that if the technology were “reliable 99.99966% of the time, it would still mean over 4,000 misreadings per day,” to which she also adds that it would take away people’s freedom “to have a beer at a ballgame or a glass of wine with dinner.”

MADD, or Mothers Against Drunk Driving also jump into the debate, in favor of the technology research. “Drunken driving costs the U.S. $132 billion each year, and we think that $5 million… is a good use of transportation dollars to potentially eliminate the problem.”

Video: What a 1,250 wheel-horsepower Lamborghini Gallardo can do to plastic surgery

January 16, 2012 Omar Rana Comments Off on Video: What a 1,250 wheel-horsepower Lamborghini Gallardo can do to plastic surgery