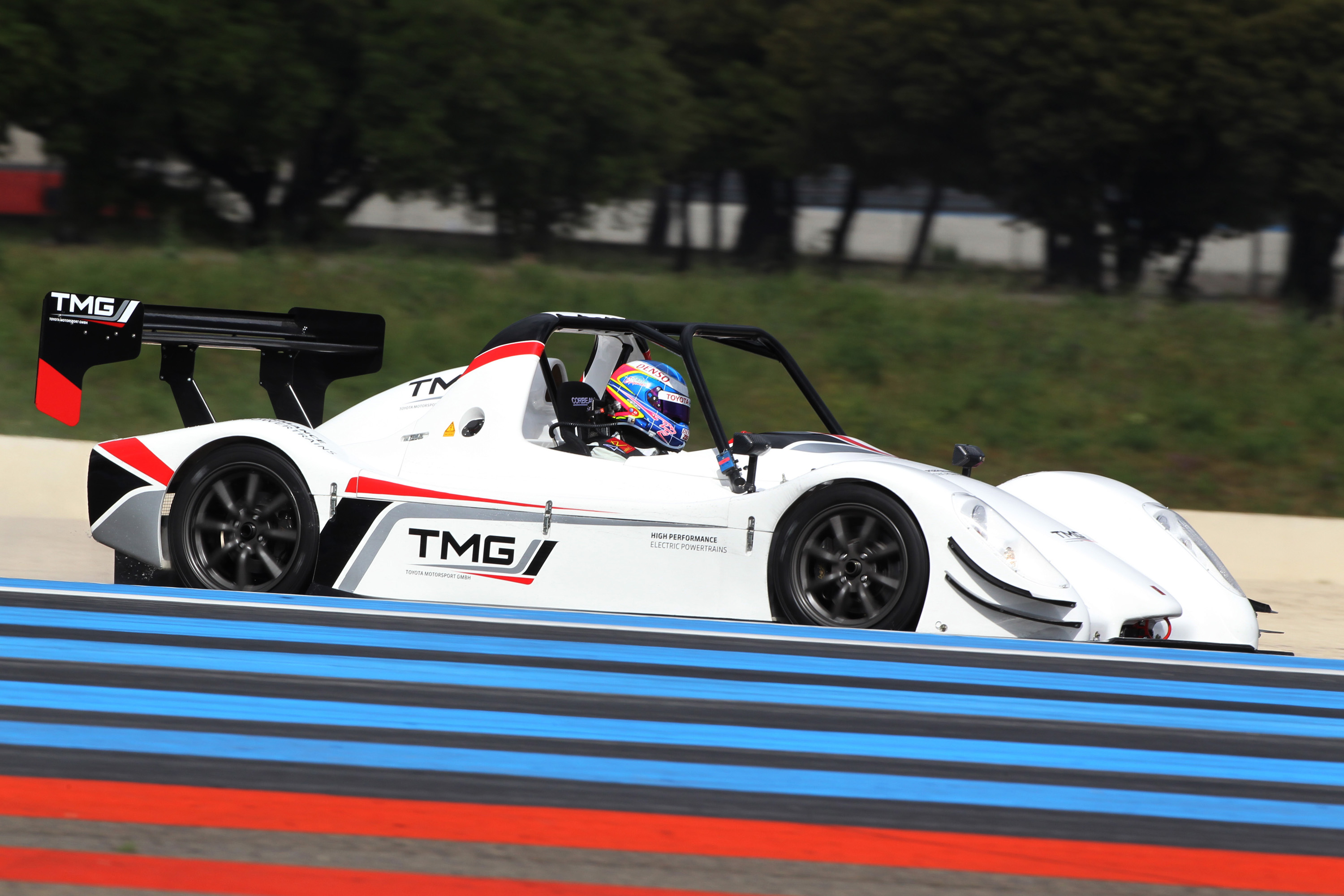 Lexus and Toyota are entering in the Pikes Peak International Hill Climb, introducing cars that represent the current culture surrounding the two Japanese giants; and they couldn’t be further apart.

The Toyota entry is the TMG EV P002, an all electric race car equipped with two electric motors, producing 469 horsepower and a whopping 664 lb-ft of torque with a top speed of 149 mph. it will be piloted by Japanese rally driver Fumio Nutahara. It will be competing against other electric cars such as an all-electric M3, and a modified Mitsubishi i-MiEV.

Lexus, on the other hand, is introducing a stripped racecar version of the IS-F. Although there are no powertrain upgrades with the exception of a racing exhaust and extra coolers for the engine and transmission oil, the car has been converted to compete at the Pikes Peak race.

Such upgrades include adjustable race suspension, roll cage, carbon-fiber dashboard with data logger, and a smaller steering wheel. The most impressive aspect is the massive weight savings the IS-F underwent; losing almost 700 pounds, bringing the curb weight to 3087.

It will be interesting to see how both cars end up and we will find out July 8th when they compete at Pikes Peak.

May 17, 2010 Omar Rana Comments Off on Toshiba says that it is developing lithium-ion batteries with multiple automakers

Ford teams up with Azure for battery-electric Transit Connect, due out in 2010

October 30, 2009 Omar Rana Comments Off on Ford teams up with Azure for battery-electric Transit Connect, due out in 2010