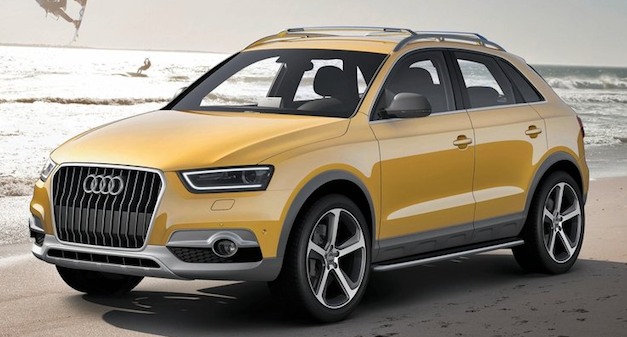 Audi is setting up to bring in the Q2, which will be its smallest SUV, sized to compete with the Nissan Juke.

The automaker plans on making this a sportier, lighter model with personalization options in the style of the Mini, with a selection of colors for the larger interior trimmings, roof and mirrors, along with several different seats. The outside will offer a sloping roofline, likely similar to the x6, with a front-end design inspired by the A1, with advanced LED headlight technology. On the inside there will be room for four, with a folding rear seat to make up for lost cargo space.

Power for the A2 is likely going to borrow from the A1 with its 1.4-liter four-cylinder turbo, with a variant for European markets featuring a 1.6-liter turbo diesel.

So given this small model, what about a Q4 to sit between the Q3 and the Q5? Audi says they don’t feel they have a need for it just yet. Sources say “At higher pricing levels it makes sense to have a lower-volume niche model such as the Q6, but this can’t be justified in the lower segment.”

Sometime over the next year the renderings will be brought to life in a concept model, with a production model expected for release in about 2-3 years. Audi may coordinate the release with certain points in its current generation, likely just ahead of the 2014 redesign.