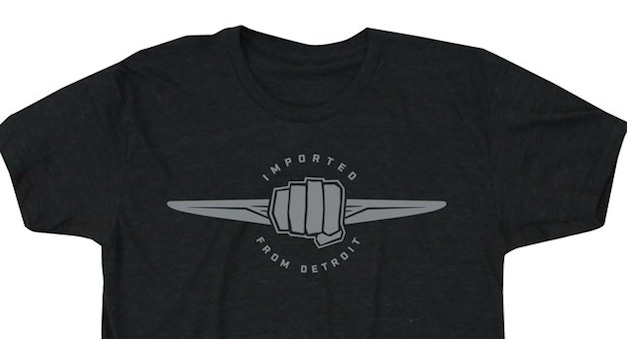 The ongoing legal battle between Chrysler Group LLC and Pure Detroit has finally reached an end with a settlement on Wednesday over Pure Detroit’s use of the “Imported from Detroit” slogan on its t-shirts.

The suit began back in March 2011 with Chrysler suing Pure Detroit for printing the slogan that it used for a Super Bowl ad, also printing its own merchandise with the same slogan.

Pure Detroit’s argument has been that Chrysler’s use of the slogan was false advertising, since the models it was advertising with the slogan were not actually built there.

Neither Chrysler nor Pure Detroit has been able to comment on the matter, as the terms of the settlement have not been disclosed. This means there is no information available on is Pure Detroit had to pay, if royalties are required or not or if Pure Detroit has to pay up for items already sold.

What we do know is that Pure Detroit’s t-shirts are still available. One of the clothing company’s lawyers, John VanOphem, only advised both parties were satisfied with the outcome. Chrysler spokesman Mike Palese only had the same to say.

Video: Construction crew uses forklift to move BMW out of the way

December 31, 2010 Omar Rana Comments Off on Video: Construction crew uses forklift to move BMW out of the way