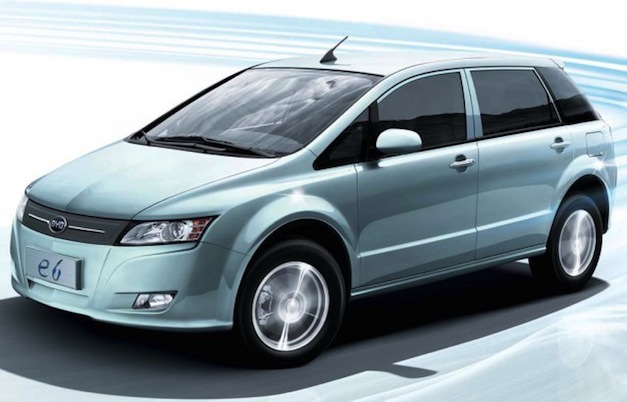 Hertz, a big global competitor for car rentals, has some new electric vehicles being added to its fleet. The rental company opted to add the BYD E6, an electric crossover built in China.

The model is plain but not hard to look at, and is worth $58,000 in China, but gets $19,000-equivalent in rebates. U.S. customers will be able to rent the model and it will be available for sale commercially before 2013. BYD chose to hold off with consumer sales until the charging network and infrastructure becomes more accessible. But they “feel the E6 is clearly ready for the American Market,” says Rich Broome, a Hertz senior vice president. “The performance, style and size are all very good.”

With a 60-killowatt-hour battery pack and a 185 mile range, the E6 can charge up completely in a half an hour when hooked up to a DC fast-charging station.

Hertz global E.V. leader Jack Hidary says it went with this particular model over American made electric cars because it gets “a lot of support from the Chinese government.”

Let’s see how well American’s receive this car. Not a bad strategy on BYD’s part, but I don’t think this is stylish enough for the average U.S. consumer.