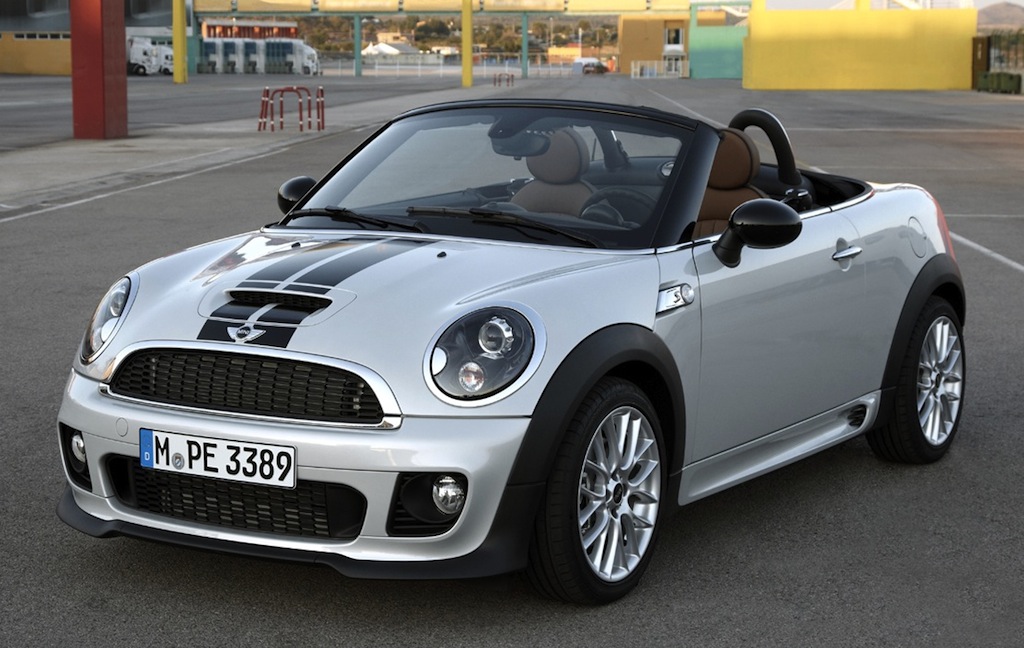 Mini has just announced pricing for its new 2012 Roadster, which will go on sale right after the Coupe in mid-2012.

Equipment / Technology Changes Versus 2011MY Vehicles

In regards to model year updates versus 2011, changes for the MINI Hardtop, Convertible, Clubman and Countryman models will be related to customization.

A new option is an interior mirror with a digital compass.

Cross Check Cloth/Leather in Polar Beige will be now available on all body styles, along with Satellite Gray Lounge Leather and Carbon Black Cloth/Leather.