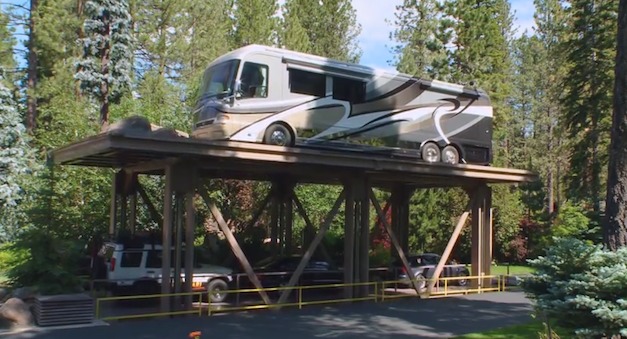 For over $6 million, the owner has a two-room garage, consisting of the upper level that holds mostly motorcycles, but acts more as a museum, as most of the two-wheelers still have price tags on them and have never been driven. The second portion of the garage is very well hidden, located underground. In order to gain access, a hidden elevator, which is built to blend perfectly with the driveway, lifts up from the ground.

The elevator itself can hold massive amounts of weight, and has room for up to three cars. Lowering into the underground, the elevator ends up in a 6,000 square-foot facility housing another collection of vehicles The garage is designed to withstand the worst natural disasters, and costs $25 in electricity every time it is operated.

Over the top, or a necessary luxury? Check out the video after the jump and tell us you aren’t at least slightly impressed.

August 26, 2011 Omar Rana Comments Off on Canadian professor keen on plastic car parts made from cows that have suffered from being Mad