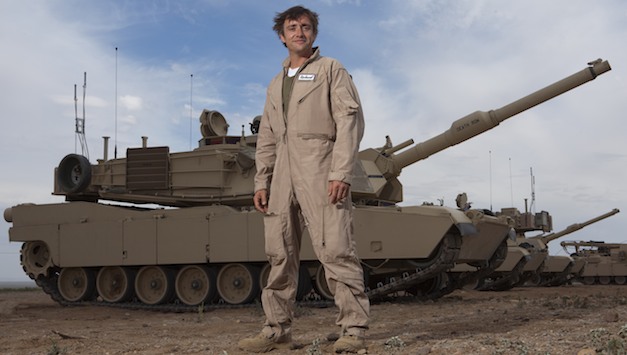 Richard Hammond, host of Top Gear, will be hosting a new original series on BBC America called ‘Richard Hammond’s Crash Course.’ Produced by BBC Worldwide Production, the show will show Hammond traveling across the United States as he is challenged to learn how to operate some of America’s biggest and most dangerous vehicles.

“Immersed in some of the country’s most extreme environments, he has only days to master these monstrous machines, a task that takes years for most people to achieve,” BBC said in a statement. “Throughout his journey, Hammond works alongside local experts who operate these machines daily, while getting a true taste of American hospitality.”

Check out the trailer after the jump.