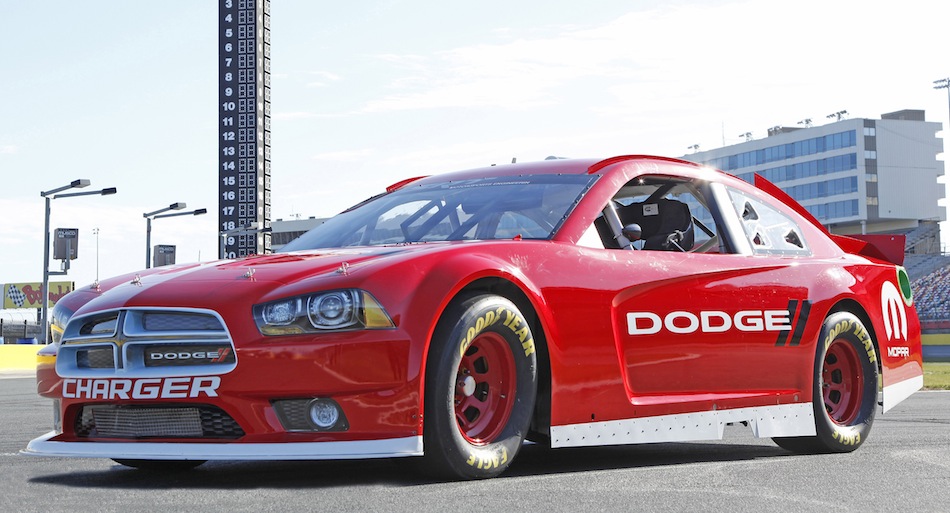 After much demand from fans, Dodge and SRT Motorsports got Nascar to agree to allow a change for next year’s entry into the Sprint Cup Series.

Dodge and SRT will be releasing a 2013 Charger for the 2013 race at the Las Vegas Motor Speedway that integrates design elements well enough that it will be readily identifiable on the track.

“From the start, it’s been a collaborative effort with NASCAR,” said Ralph Gilles, President and CEO – SRT Brand and Motorsports. “NASCAR provided the manufacturers with basic specifications, but offered encouragement to venture beyond the look of the current race car. Our design and engineering group, working with Penske Racing, seized the opportunity. We had a fantastic benchmark – the Dodge Challenger – introduced in 2009. This endeavor goes beyond the trend the Nationwide Series Challenger started with a Dodge Charger that amazingly embodies many of the design features of the street version into the race car. We’re extremely proud that the Dodge Charger street car is the only rear-wheel-drive model in Sprint Cup competition that is available with a V-8 engine.”

Nascar worked with the manufactures to create new Sprint Cup cars with less stringent design standards, allowing the racecars to look more like the production versions.

“The race fans delivered a clear message,” said Gilles. “NASCAR listened. We went to work, following the guidelines established for all manufacturers by NASCAR. The Dodge Charger revealed today validates our resolve to deliver a product that will be easily identifiable on the track without compromise in the area of competition.