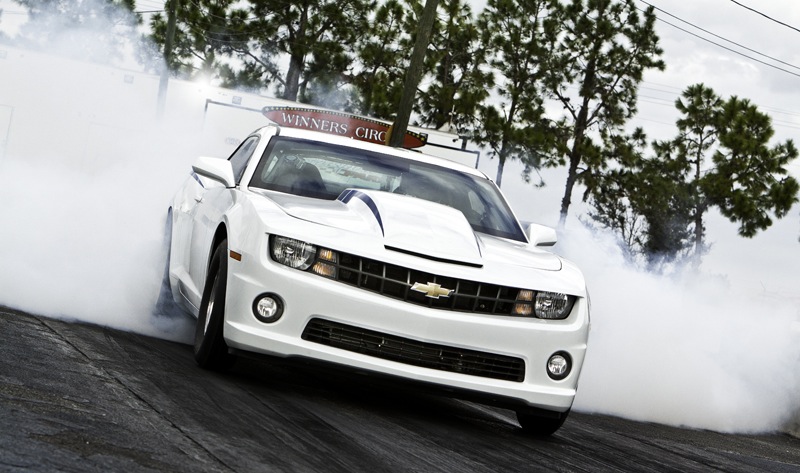 Chevrolet has approved 69 units of the Copo Camaro for production for this year, making it the first purpose-built Camaro drag-racing specialty car designed to compete with the quickest in NHRA’s Stock Eliminator and Super Stock classes, where nine-second quarter-mile times are the ones to beat.

“The COPO Camaro is going to shake up the sportsman drag racing ranks this summer and give Chevy fans a great new reason to cheer on the Bowtie,” said Jim Campbell, GM U.S. vice president of Performance Vehicles & Motorsports. “COPO builds off the strengths that have made the Camaro the best-selling sports car in America. And while it was developed strictly for the drag strip, the COPO Camaro is infused with the same performance pedigree that every Camaro shares.”

Given the competition, the Copo should end up the quickest Camaro Chevrolet has made available. Its roots are in the ZL-1 Copo Camaros of 1969, and Chevy will be building the same number of them now as it did then. Copo is short for Central Office Production, which was the special-order system that Chevrolet dealers used back in the 60’s to build high-performance models.

Highlights of the new COPO Camaro program include:

The new Copo models will be available for delivery in the beginning of this summer.

Exclusive: U.S. BMW 1 Series to stay another two model years, there have been talks of next 1-Series M