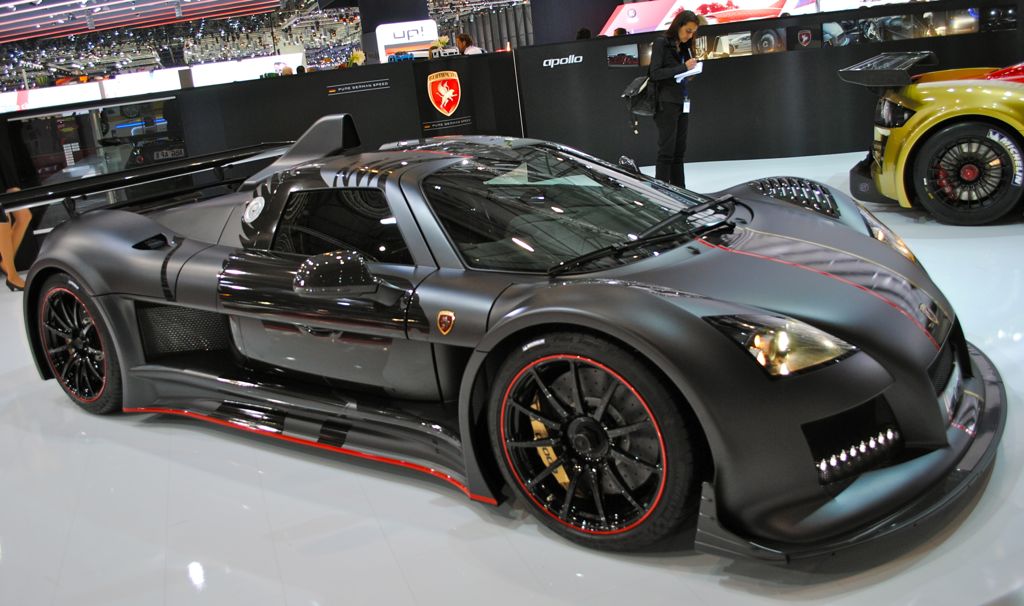 A high demand from the Asian market sparked the ideas for the models, as Roland Gumpert notes “Many of our customers are driving their apollo on the racecourse, usually during track days or private events. With the Apollo R, we allow ambitious drivers among them to participate in open GT events.”

The model had many of its components modified to create the Apollo Enraged edition, including the undercarriage, wiring harness and added weight. The cooling system for both the engine and the transmission were also modified, as well.

An LCD instrument panel is added on the inside, while a designer paintjob finishes off the outside.

“Ok, so perhaps it is a bit crazy to take the most extreme, barely still street legal vehicle and make it even more extreme,” says Gumpert about the special edition. “But the idea behind the Enraged, just like the Apollo R itself, embodies our philosophy and our understanding of pure German speed with absolute consistency.”

Power for the original Apollo R comes from a 4.2-liter twin turbo V8 sourced from Audi that makes 860hp.