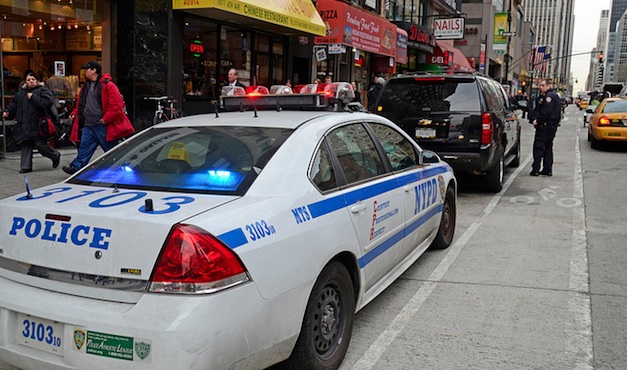 The great city of New York is under the spotlight after some new reports on CNN have raised awareness for New York City’s anti-idling laws. As a result of the reports, the city’s local tree huggers have demanded that New York’s finest, the NYPD, increase enforcement in order to better the air quality in the city.

Anti-idling laws have been in place in New York since 1971, but seldom were they enforced. Originally, the city’s anti-idling law stated that no automobile is allowed to idle their engine for any longer than three minutes anywhere. After a revision in 2009, it was reduced to one minute in a school zone and three minutes everywhere else.

Though in light of the scrutiny, Bloomberg explained enforcement for New York’s anti-idling laws isn’t that easy. Anti-idling laws are likened to tickets issued for jaywalking—something that even the NYPD calls a “bogus ticket that’s not even worth the hassle.” And because of the size of New York City and its relatively limited police force, Bloomberg defended the NYPD by saying that the city of New York has bigger and worse things to worry about.

“We’d like to enforce it more,” said mayor of New York, Michael Bloomberg at a press conference in December. “Keep in mind, enforcement costs money; the people that enforce have plenty of other things to do.”

But as a minimum, to keep awareness up, the city of New York released some new public service announcement fliers on subways and buses.