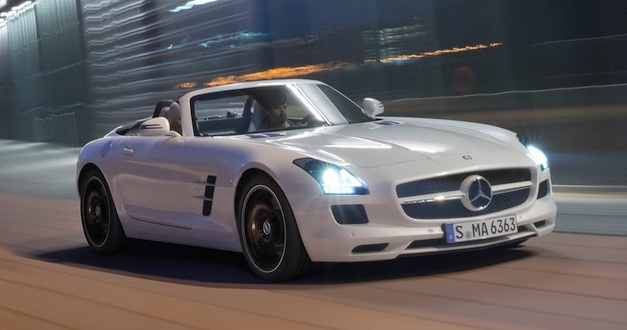 Mercedes-Benz and AMG have been working together very hard to involve themselves in the supercar wars and one of these efforts is the current SLS AMG coupe and roadster. Though reports are now saying that Mercedes-Benz AMG is strongly considering the idea of expanding the AMG brand’s offerings, beginning with the much rumored and anticipated baby “baby SLS AMG.”

After an interview between AutoCarUK and AMG’s boss Ola Kallenius, it seems like AMG is getting closer to producing more models.

“AMG is a financial company and runs with targets, just like every other company,” said AMG’s boss Ola Kallenius. “These products can’t just be built for fun. We need a reasonable return to new fund projects.”

Kallenius pointed out that the current SLS AMG has that return and that the decision to expand the AMG brand is still a decent ways away. But either way, Kallenius also recognizes that the SLS’s success is enough to keep the AMG brand’s discussion of expansion under those pretenses.

“What is clear is that we have entered a segment with an overwhelming reaction from customers and fans — and many of them are entirely new customers to AMG — so it would certainly be the right strategy to grow the AMG brand.”

Should the plans succeed, we could see AMG’s rumored “baby SLS” receiving the green light. Supposedly, the “baby SLS” will cost roughly £80,000, marking it as the entry-level model. No other details have been announced, but it’s safe to assume that the “baby SLS” could go on sale as early as late 2013, donning the brand’s all-new twin-turbocharged 5.4L V8 good for 500hp.

It will be mounted in the front-mid position and will send its power to the rear-wheels. Put two and two together and it seems like AMG is aiming its sights directly at the Porsche 911 Carrera S. Both coupe and roadster versions are expected to be built.