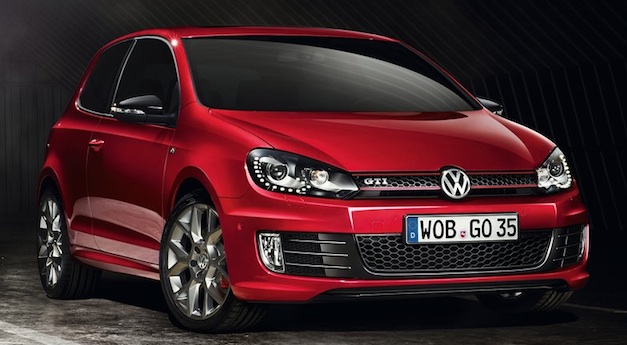 Volkswagen has a well-overhauled seventh generation Golf GTI hitting the pavement sometime this year as a faster, lighter, more technologically advanced version of its former self.

A special welding process allows the automaker to build shells with aluminum roofs and bolt-ons, cutting weight by over 220 pounds from the current model. The lighter weight will also get better distribution with a 40mm upward shift of the front wheels, which will also improve handling. Suspension parts have also been upgraded along with a new steering rack. Traction has been improved by swapping out the current brake based traction control for an electronically controlled mechanical limited slip differential.

Power for the model is expected to come in just around 230hp, close to the Mk6, but the addition of the Audi’s Valvelift system gives torque a nice boost up to 260 lb-ft. A new GTD model is also in the works, packing 20 more horsepower over the current model’s 170hp, and 280 lb-ft made by an all new engine picked from Volkswagen’s new diesel line.

The new GTI also borrows Audi’s technology for the entertainment system, which includes hi-fi, navigation and connectivity features presented on an 8 inch capacitive touchscreen. The system also features a proximity sensor, which brings options on the screen when your finger comes close to it. Forward cameras have also been added that help with maintaining lanes, auto-breaking, and radar cruise.

A new platform is being implemented by the VW Group called the MQB, which is what the Mk7 is based on. The MQB will be featured on all transverse-front-engined models in the lineup. Included are systems, design processes, components, and factories. The upgrade reduces development and tooling costs by 30 percent, parts costs by 20 percent, and manufacturing costs by 30 percent.

Overall, this sounds like a solid update for the GTI, and the GTD.