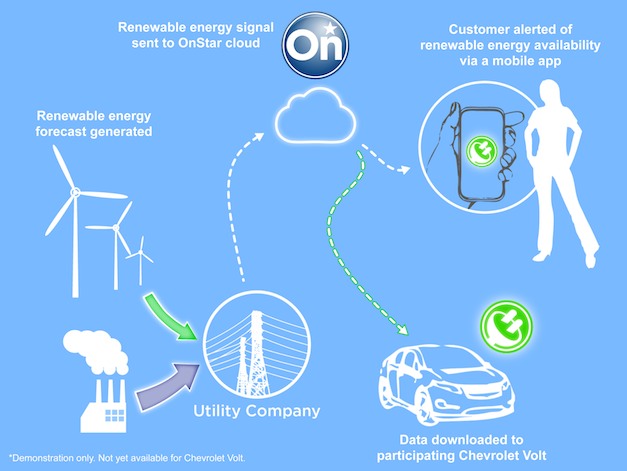 New technology is in the works via OnStar and PJM Interconnection that will allow Chevrolet Volt owners to use renewable energy to charge up their EV’s.

PJM Interconnection’s role in the system is to collect data on the percentage of renewable energy that is available on the grid, and then transfer it on to the OnStar cloud, dubbed the Advanced Telematics Operating Management System. The ATOMS system would then manage the charging from there.

Google’s ‘Gfleet’ is being used by OnStar and Google to test the technology on 17 Volts. “This demonstration shows that in the near future customers will have a real signal of demand for renewable energy,” said Nick Pudar, OnStar vice president of planning and business development. “As customers configure their Volts to favor renewable energy for their charging cycle, this real demand signal will influence utilities to tap into renewable sources.” 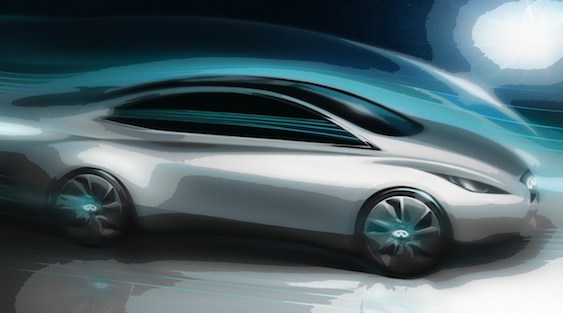 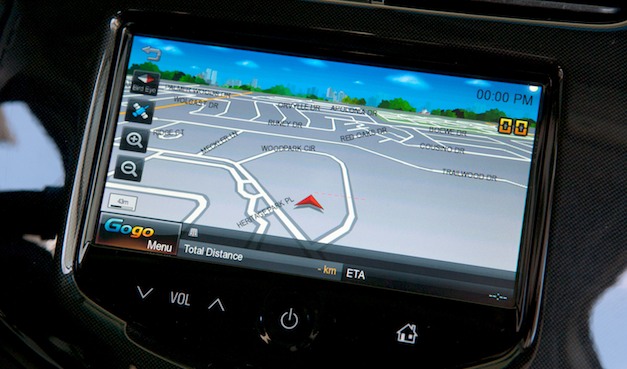