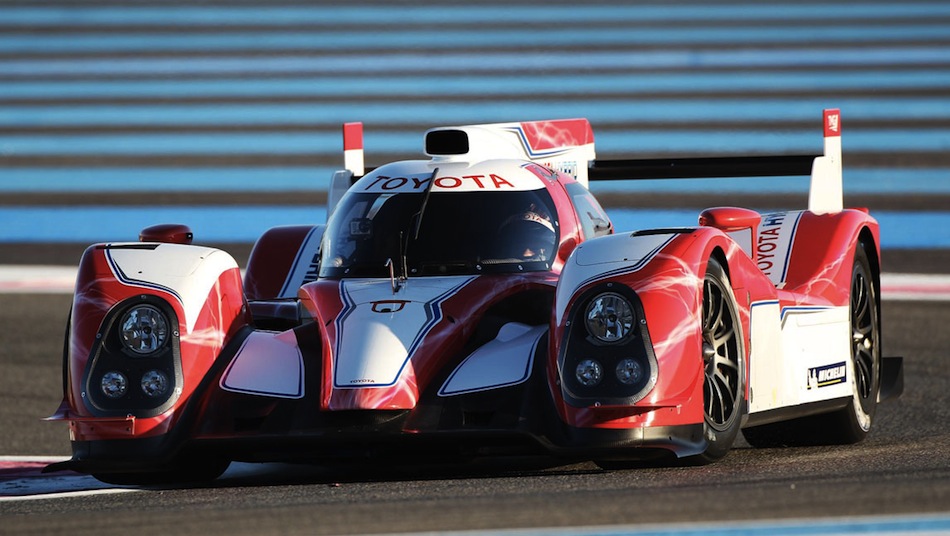 More information has been released by Toyota Racing on its plans for the upcoming FIA World Endurance Championship.

With plans to make a race debut at the Six Hours of Spa-Francorchamps on May 5, the team will follow up with two TS030 Hybrid entries into the Le Mans 24 Hours. Driving the TS030’s will be Nicolas Lapierre, Kazuki Nakajima and Alex Wurz, with more to join.

The new Hybrids follow up the TS010 and TS020 models, and are the first to confirm participation in the FIA World Endurance Championship with a hybrid. Featuring the Toyota Hybrid System-Racing powertrain, the TS030 is powered by a new naturally aspirated 3.4-liter V8. TMG has developed and produced a new carbon fiber LMP1 chassis, as well.

Aisin AW provided the front motor system, while the rear was crafted by Denso, to meet regulations on hybrid systems. The team will be testing that the requirements are met on the first run.